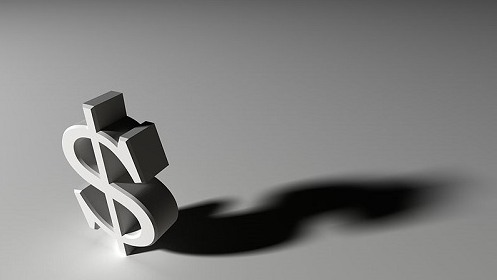 Dramatic reversal in fortunes for NZD and AUD

In a tumultuous week in foreign exchange and investment markets, we have witnessed a dramatic U-turn in sentiment and direction from the previous rapidly appreciating NZ and Australian dollars.

After scaling three-year highs of 0.7465 on Thursday 25 February, the Kiwi dollar has been slammed down more than two cents to 0.7230 by the time of the New York close on Friday 26 February. The large-scale NZD selling being attributable to stop-loss orders, placed in the market by long-NZD position holders, being all triggered and the depreciation feeding on itself.

To understand the speed and extent of the sudden reversal in fortune, the reasons for the spike upwards from 0.7200 to 0.7465 over the last eight days needs to be examined. As identified in our previous column, the jump up from 0.7200 to 0.7300 a week ago was very short-term speculative positioning ahead of the Federal Reserve testimony and RBNZ monetary statement last week. There did not appear to be much substance to the NZD buying at the time.

The additional NZD speculative buying that drove the rate to the 0.7465 high came in three phases from three different sources last week: -

The lofty heights for the Kiwi proved to be short-lived following RBNZ Governor, Adrian Orr correctly making the decision on Friday 26 February to deliver some “jawboning intervention” with a statement that he still reserved the right to take our interest rates into negative territory. The Governor would have been frustrated and disappointed at the FX and interest rate markets’ initial reactions to push the Kiwi and interest rates higher after the MPS. The message delivered by the RBNZ was that the NZ economy would be quite sluggish this year and therefore monetary policy was required to be kept at the same level of stimulus with no indication on when it would end.

The Reserve Bank of Australia weighed in with a large and unannounced purchase of additional bonds to keep their three-year interest rates low to help mortgage borrowers. As a consequence, both the NZD/USD and AUD/USD exchange rates stunningly reversed engines in key-day reversal trading patterns.

The probability of the expected correction back to the 0.6800/0.6900 region for the NZD/USD rate that this column has been calling for in recent months was reducing and under pressure just a week ago. However, the probability of a weaker NZD/stronger USD over coming weeks/months has now surged higher as US equity markets start to fall and long-term interest rates continue to climb.

In the middle of 2020 when the NZD/USD exchange rate was in the low 0.6000’s, the consistent viewpoint and outlook of this column was that a number of factors would cause the NZD/USD rate to increase to 0.7000 over the coming six to 12 months: -

As it has transpired, all three factors have happened and have been behind the move to above 0.7000. The re-election of the Labour Government in a landslide last October, the markets ruling out negative interest rates in November and spectacular increases in whole milk powder dairy commodity prices over the last four months added to the Kiwi dollar’s upward momentum.

As we now look ahead over the remainder of 2021, a number of the forces listed above on the NZD currency value are in the process of reversing.

The balance of risk on the outlook is now firmly tilted back towards the NZD/USD pulling back to the 0.6800/0.6900 area for the following reasons: -

The risk to the negative NZD view is that global share markets and commodity prices continue to increase over coming months. Both have already posted impressive gains over the last 10 months in anticipation of a vaccine and economies recovering i.e. the positive news is already fully priced-in, therefore further increases will be much harder to achieve.

Increases in long-term interest rates were always going to be the event to upset the applecart with rising equity and commodity markets. They have arrived and there is more to come as bond investment funds hastily shorten up their portfolio durations i.e. become big sellers of bonds resulting in even higher yields.

This is just the beginning for bond yields/prices.
And when interest rates start climbing up, asset prices (especially the most inflated of all, NZ residential property) will be subject to massive downward pressure.

New Zealand will therefore continue to struggle, because the country relies on tourism for more than half of it's exports. This means that while the average forecast shows the NZD improving in 2021, things could turn negative very quickly.

Fortunately, banks predict the US dollar will remain weak in 2021, which should provide some level of support to the NZD. - exiap
Jack Marrow / west auckland house painters