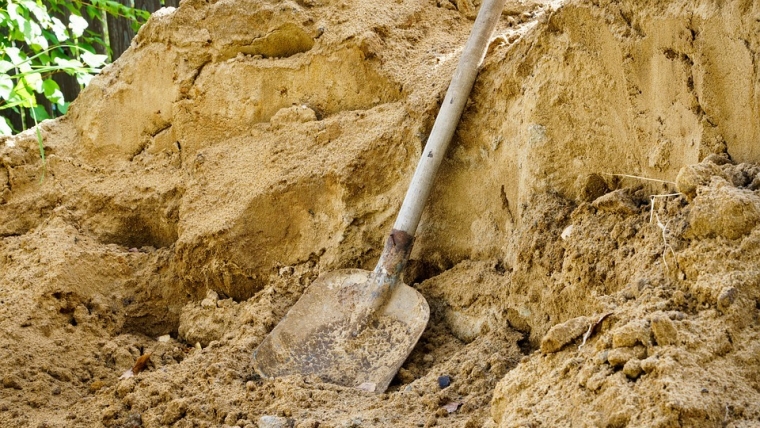 A sufficient number of participants in the global foreign exchange market clearly believed that the US Federal Reserve would signal the timing of interest rate increases in their FOMC statement last week.

The Fed was never going to do that.

However, such was the expectation that they would issue such messaging, the US dollar was immediately sold off when the Fed confirmed that interest rates would not change until 2023.

These US dollar inspired movements in the NZD/USD exchange rate caused the seemingly bizarre situation of the NZ dollar appreciating when the NZ economy surprisingly contracted by 1.00% in the December 2020 quarter.

The GDP figures were released mid-morning last Thursday after the earlier Fed release.

Typically, a shockingly bad result on the NZ economy, considerably worse than prior forecasts, would cause wholesale selling of the NZ dollar and a sharply lower currency value. However, we are not experiencing “normal” times and as this column has repeatedly stated over the last 12 months, the NZD/USD exchange rate is being completely dominated by the US dollar side of the equation. The NZD side continues to be ignored. There is absolutely no interest from offshore hedge funds and proprietary FX traders at investment banks to buy or sell the Kiwi dollar based on NZ economic, political or business news. Hence, no independent or separate selling of the Kiwi on the GDP growth outcome.

There was no appreciation of the NZD when dairy prices skyrocketed earlier this month and so far there is no NZD depreciation solely on the GDP contraction.

Within 24 hours of the US dollar being sold on the Fed statement, the EUR/USD rate had returned to $1.1900 and the NZD/USD reversing in direction as well, back to 0.7160.

It proved to be a “one day wonder” reaction.

Tellingly, the US bond market did not react at all to the Fed’s confirmation that short-term interest rates would not change until 2023. The 10-year US Treasury Bond yield remained at 1.64% on the day and his since increased to 1.72% as the bond market continues to price-in higher inflation and a stronger US economy. A continuation of US dollar gains against the Euro to the $1.1500 region seems inevitable over coming weeks given that US long-term interest rates are now more than 2.00% above those in Europe. Capital flows out of Europe into the US attracted by the higher yield returns will cause the USD to strengthen.

In addition to the interest rate differential, the other undeniably negative factor for the Euro is the third wave of Covid infections now hitting France, Germany and Italy as they were all too slow in distributing the vaccine. Weak European economic numbers will be the result at a time when the US economic outcomes are increasingly positive and strong. The contrast in economic performance between the US and Europe is likely to maintain the USD at a stronger level against the Euro for the next six months at least. An appreciation of the USD to $1.1500 from $1.1900 would pull the NZD/USD rate 3.5% lower to 0.6900. The probability of this NZ dollar pull-back, that we have been calling for, has moved up another notch due these recent development in the US and Europe.

The 1.00% decrease in economic activity in New Zealand in the December 2020 quarter was largely due to a significant slowdown in the industrial and infrastructure construction sector.

The Labour Government’s policy announcements in mid-2020 when the pandemic hit the economy was that “shovel-ready” Government financed infrastructure construction projects would replace the loss of economic activity in the tourism sector. It has not happened to date and does not look like happening anytime soon as local and central government bureaucracy stalls candidate infrastructure projects.

Shortages of equipment and qualified labour to do these projects compound the problem.

The Government’s repeated mantra on Covid and their economic policy response has been “go early, go hard, a good health outcome is the best economic outcome”.

It looks like a policy failure as the economy went backwards in 2020 and looks like it will also contract over the first half of 2021 as well.

Safe opportunities to help the economy over this period have been rejected and squandered by the Government, such as bringing in foreign students and RSE seasonal workers from the Pacific Islands.

The “abundance of caution” policies on Covid has been out of proportion to the risks.

The Australian Government has been far more balanced in their response and did bring in foreign students and seasonal workers under special controlled quarantine arrangements.

The local business community is now reflecting a growing frustration and impatience with Jacinda’s Government as they observe the Aussies always being a step ahead of us.

The Australian economy expanded by 3.2% in the December quarter.

Two weeks ago a number of business leaders petitioned our Government to open up to more transparency on their post-Covid economic recovery plans and offered to help.

The response from Jacinda and Grant was to... form a new committee! (business advisory committee to the Government).

In true Wellington form, the members of the committee are Rob Fyfe (who has been frustrated out of Wellington once before), Mr Fixit, Sir Brian Roche and two university academics.

The academics will be well meaning but they are just not at the coalface of business reality and the economy to advise on meaningful change.

More inspired choices would have been business leaders such as Don Braid of Mainfreight or Fraser Whineray of Fonterra.

At some point over coming weeks/months the flat to weaker local economic data will weigh on the Kiwi dollar in a generally stronger USD currency market environment.

The Government fiscal stimulus, monetary stimulus and consumer splurge last winter (spending of overseas holidays funds) that caused the V-shaped recovery is not being repeated this year.

There has to be disappointment that New Zealand’s seemingly adept handling of the Covid health/economic crisis has not materialised into a superior economic performance compared to others.

The economy needs new business investment, but that is also not happening as there remains too much uncertainty about the future, such as the Government locking-down entire cities for a week. There has to be a smarter way to deal with such risks. 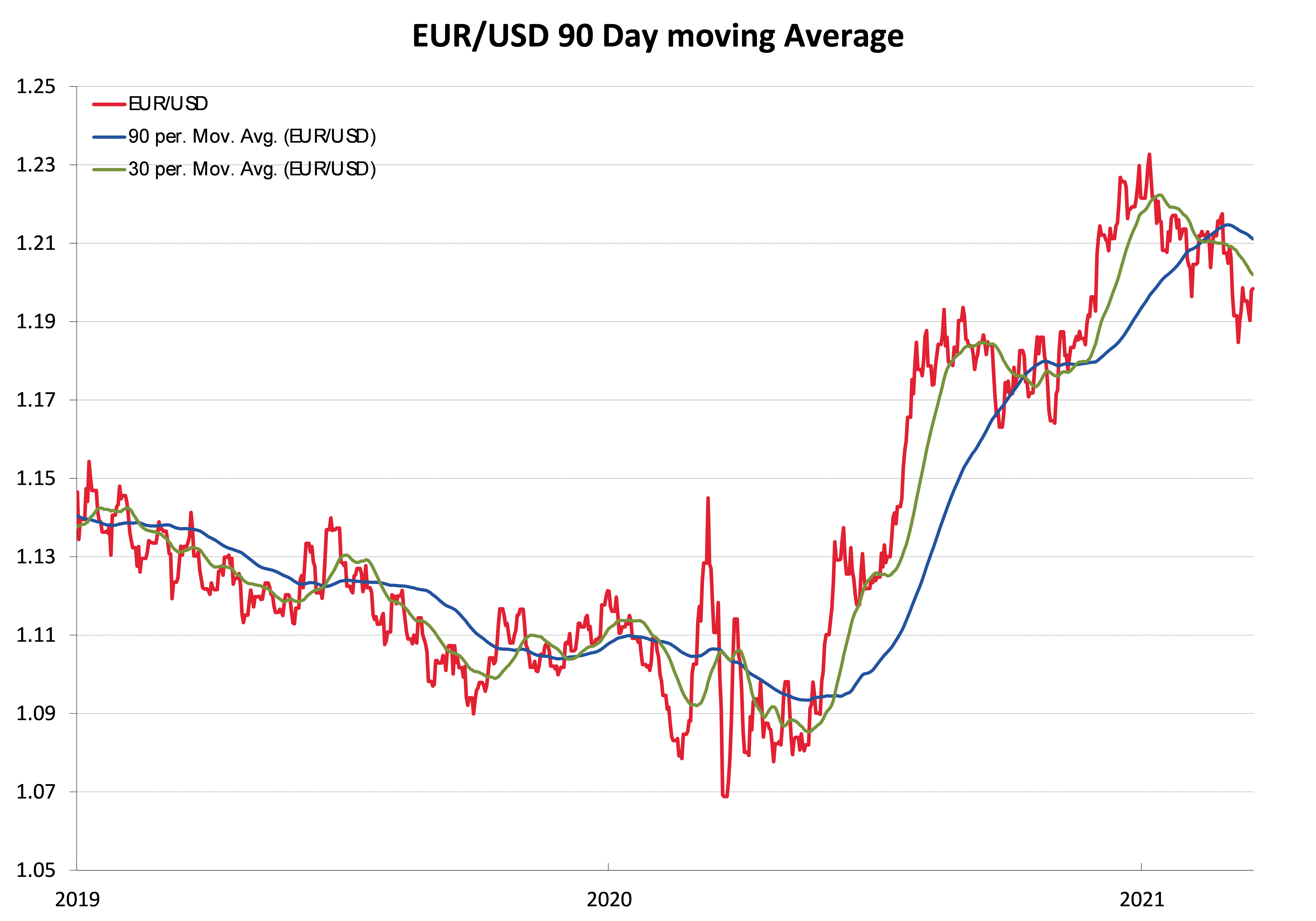 Roger ... an announcement about a forthcoming announcement on the shovel ready projects is imminent .... but , we want to be kind , and not jeprodise it by a preannouncement , we're announcing that now ... just lean on your shovel in the meantime , as we did in council days of old , handle into your chest ... " breastfeeding the shovel " we called it ... comfy ? ... Good ... now , wait ...

We are moving from a draw-down phase, upon which we levered growth, to a lesser-supplied phase where we will contest supplies.

And chose who chose to measure such physical constraints in debt-issued proxies, are going to be flying increasingly blind. Good luck with that

Excellent analysis. The current government does not have a clue about economic management, any more than most local councils. Everything possible is being done to stuff the NZ economy.

When can we move past that kind of self-centred comment?

Neither you, nor open-slather free marketry, not Government, can change physics.

You are full of good theory.
Where is the market proof over the long haul?

FYI for C19 NZ listened to Dr, Phd, Prof - For Economic? combine RBNZ, govt & treasury - they only had 1 Theology Phd & 1 Geography Phd.
In the past albeit fall into 'not too bad' NZ have Dr. Alan Bollard & Dr. Don Brash, Now? NZ easily being sweet mouthed by the dear leader; be kind, team 3.5mil & the displaced 1.5mil, let's do this, let's keep on moving, let's keep on QR scanning with blue tooth (soon Kiwi will receive subsidise for this capable mobile device), NZ has voted.. thus they deserve what's coming to them. If only those exploited essential workers, realise their prolong, roll over work-strikes are the simplest tool to get notice, until then.. shhh.

"Still no timeline for international students to return to Australia"
https://www.studyinternational.com/news/return-to-australia-2021/

Yes Roger, terrible performance by government eh. IMF is in full agreement, as are credit agencies and general public. Unemployment shooting up, debt not as expected. People out enjoying themselves in the sunshine, terrible. Ausssie so much better eh? Might be something to do with fact that wages and house prices (outside major cities) are far higher in median terms for wages and lower for house prices.
Apart from Aus, what other countries do you have to throw at gov in NZ as thing excelling of ours?

Mike, he's just making the point that the Government is frozen in their COVID setting (and seemingly completely unable to make things happen). The world, with both good and bad COVID performance, is moving on. The IMF? Pffft.
Actions speak louder than Arderns many...many...many words, that's why she's starting to lose the room.
Labour have made many announcements about possibly moving on soon, maybe, but our COVID leadership was restricted to locking the doors. Forward thinking like RSE from COVID free countries, travel bubbles, actually getting the vaccine early for the future of the country, 'shovel ready' economic activity is notably absent, we'd rather shut the doors on our industries. We're falling behind the high performing countries, looking more like Team INEOS than Team NZ.......

Jacinda Arden government failed not only on economy front but also on social front.

Wait to see how long can she shut NZ from rest of the world.

Failing to act on her promises and taking risk. Even Spiderman has to take risk to achieve.

"More inspired choices would have been business leaders such as Don Braid of Mainfreight or Fraser Whineray of Fonterra".

No..an inspired choice would be our own PDK. A guy who understands exactly what is going on. Not the BAU eyes wide shut brigade.

Where's the money from all that fuel taxes? Anyone benefiting from it?

If you were to account for the $58b of subsidies, grants, and bailouts ...what would be the 'real' net GDP figure? Negative 5% - 7% retraction in the size of the economy in real terms?

Nick Smyth USD weaker across the board, taking NZD back above 63 USc