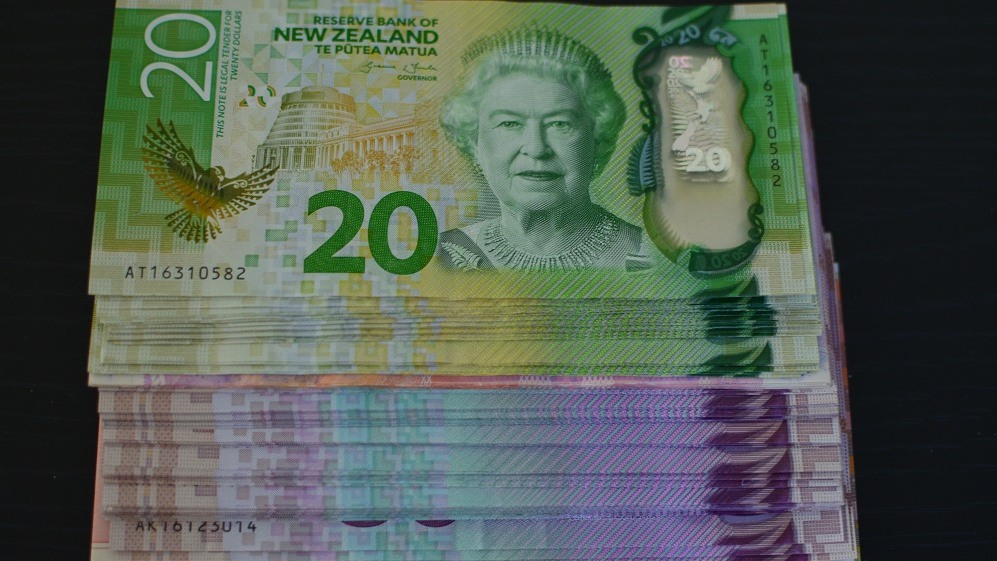 Two of the required four pre-conditions for the New Zealand dollar to appreciate over the next 12 months are already in place.

The rising NZ interest rate environment and significantly higher export commodity prices at this time suggest that the NZD/USD exchange rate should already be trading well above 0.7000, based on reliable historical correlations (refer charts below).

The fact that the NZD/USD rate has remained below 0.7000 over the last four months has been due to the remaining two pre-conditions, namely favourable AUD and USD exchange rate direction, are not yet fulfilled.

However, whilst the forecast US dollar weakness for 2022 has been delayed by Putin’s war, the Australian dollar has started to post solid gains in global currency markets.

Following the AUD/USD exchange rate, the Kiwi dollar appreciated from the 0.6750 area at the start of last week to trade above 0.6900.

It has been an impressive turnaround for the NZD/USD exchange rate from the lows of 0.6530 in late January when tumbling US equity markets caused NZD and AUD selling as investors went into “risk-off” mode.

Those negative conditions for the Kiwi dollar proved to be short-lived. What has been more impressive is the fact that the Kiwi and Aussie dollars have appreciated against the USD when other major currencies such as the Pound and Japanese Yen have weakened back. The contrarian NZD and AUD price action reflecting the FX markets front-running anticipated safe-haven capital flows into this part of the world from a troubled and uncertain Europe.

The AUD/USD rate has bounced off 0.7000 on two occasions over recent months (early December and late February) and last week it was propelled above 0.7400 on the back of higher metal/mining commodity prices and stronger than expected February employment data.

It is highly instructive for future AUD direction that the currency has appreciated despite the Reserve Bank of Australia (“RBA”) remaining in denial mode when it comes to controlling rising inflation with higher interest rates.

The RBA remain adamant that they can be patient and they will not need to increase their interest rates until there is evidence of wages increases above 3.00%. So far, the official wage statistics are not reporting such increases.

However, last week’s jobs figures provide clear evidence of a rapidly tightening labour market in Australia and therefore increasing wages must eventuate. It appears that the FX markets are already voting with their feet in buying the AUD as the conclude that it is inevitable that the RBA will be forced to change their monetary policy stance and increase interest rates later this year.

Potentially clouding the picture in respect to the timing of when the RBA will relent and signal interest rate increases, is the upcoming Australian Federal general election in May.

Central bankers traditionally do not alter monetary policy during the period of an election campaign; therefore it may be June before the RBA can message interest rate increases. Recent communication from the RBA is that Australian businesses will exert cost-control constraint and not pass through increased labour, energy and commodity costs into higher selling prices.

They are in dreamland if they really believe that inflation pressures will be contained in Australia in this manner. The standoff between the financial markets and the RBA will continue for a while yet due to the timing of the Federal election, however it already seems with the rising AUD that the financial markets are winning this little war.

Political risk factors over coming weeks have the potential to hold back expected AUD gains.

A change of government in Australia from the incumbent Liberal/National group to Labour seems likely as the public express frustration at the Covid-related constraints over the last two years.

ScoMo will be feeling  the pressure with a 7.3% swing to Labour in the South Australia state elections over the weekend. Labour leader Peter Malinauskas comfortably winning against one-term Liberal premier Steven Marshall.

However, offshore currency trader and investors are unlikely to be dissuaded from placing their funds into the Aussie dollar by a change of Government. Australia’s economic fundamentals are just so strong with 5% GDP growth forecast for this year and massive Balance of Payments Current Account surpluses being recorded each month. A Labour Government in Australia is unlikely to change current economic policy prescriptions and higher interest rates are inevitable when the RBA finally realise how far behind the eight-ball they are.

It has been a central theme of this column for many months that the currency markets have already pushed up the US dollar value in 2021 well ahead of actual US interest rate increases in 2022.

Therefore, it was no surprise that the US dollar weakened against all currencies after the Federal Reserve increased their interest rates last Thursday morning.

The classic “buy the rumour, sell the fact” syndrome is unfolding for the USD as expected. The EUR/USD rate moving from $1.0900 to $1.1050 following the Fed statement (weaker USD).

The updated forecasts for the US economy from the Fed were a strange mixture of even higher inflation in the short-term and lower GDP growth for 2022.

Overall, the Fed are confident that the US economy has sufficient underlying strength on its own now that it no longer needs monetary policy support, therefore stimulus can be withdrawn. What is not so clear is where the terminal or end interest rate will need to be, 2.5% or 3.0% or higher? That, as they say, is dependent entirely on the economic data over coming months.

Whilst we can all speculate on what the final outcome of the Russian invasion of Ukraine will be, it does appear that a negotiated ceasefire is more likely than an escalation over coming weeks. Therefore, there is a greater probability that the sell-off in the Euro value from $1.1300 prior to the war to the current $1.1050 will unwind with the Euro recovering back to $1.1300. Under this scenario, the NZ dollar will also post gains against the weaker USD, and we will be trading above 0.7000 again.

There is little in the way of relevant NZ economic data due out over coming weeks, the next focus for the financial markets will be the RBNZ’s monetary policy statement on 13 April. 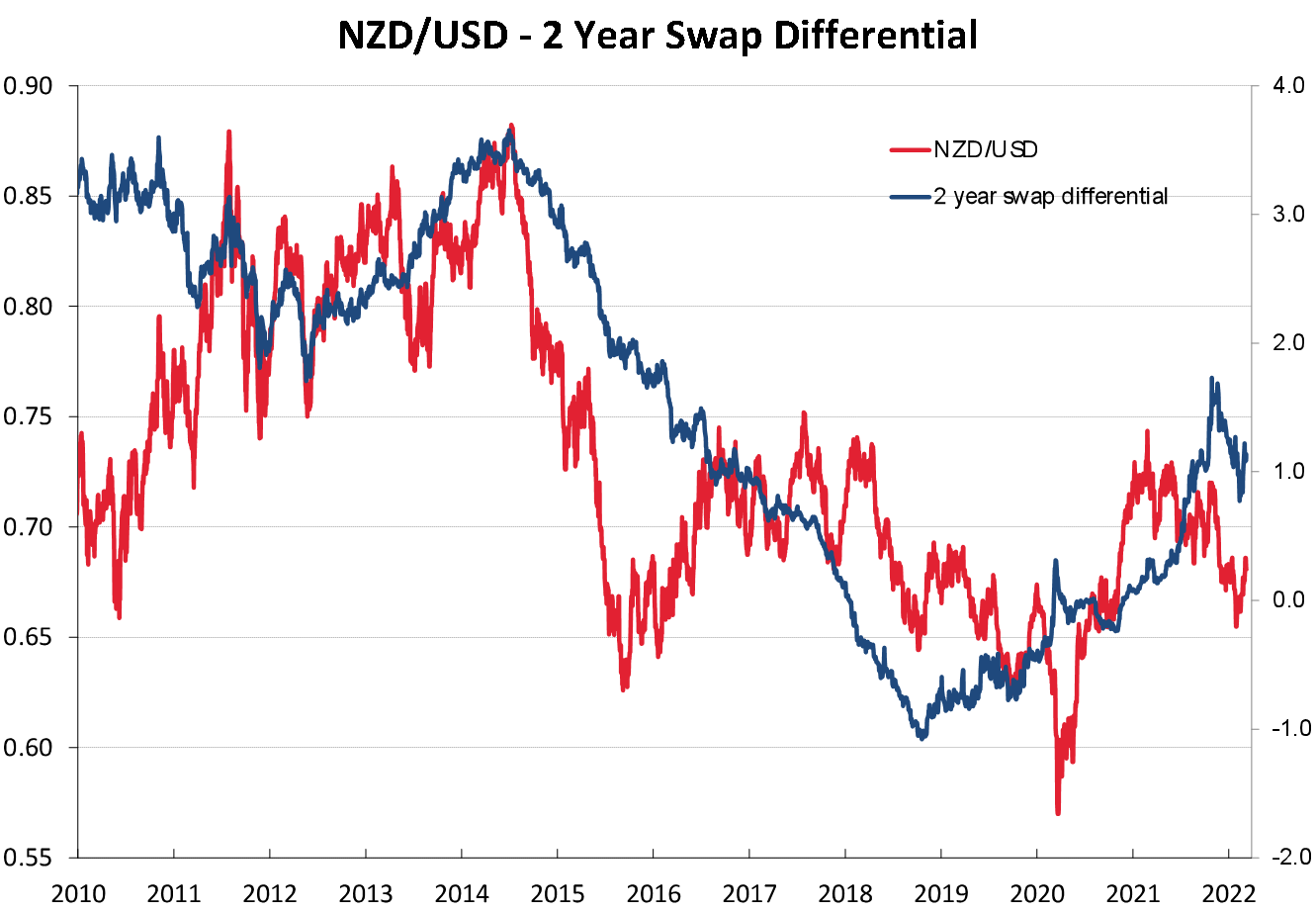 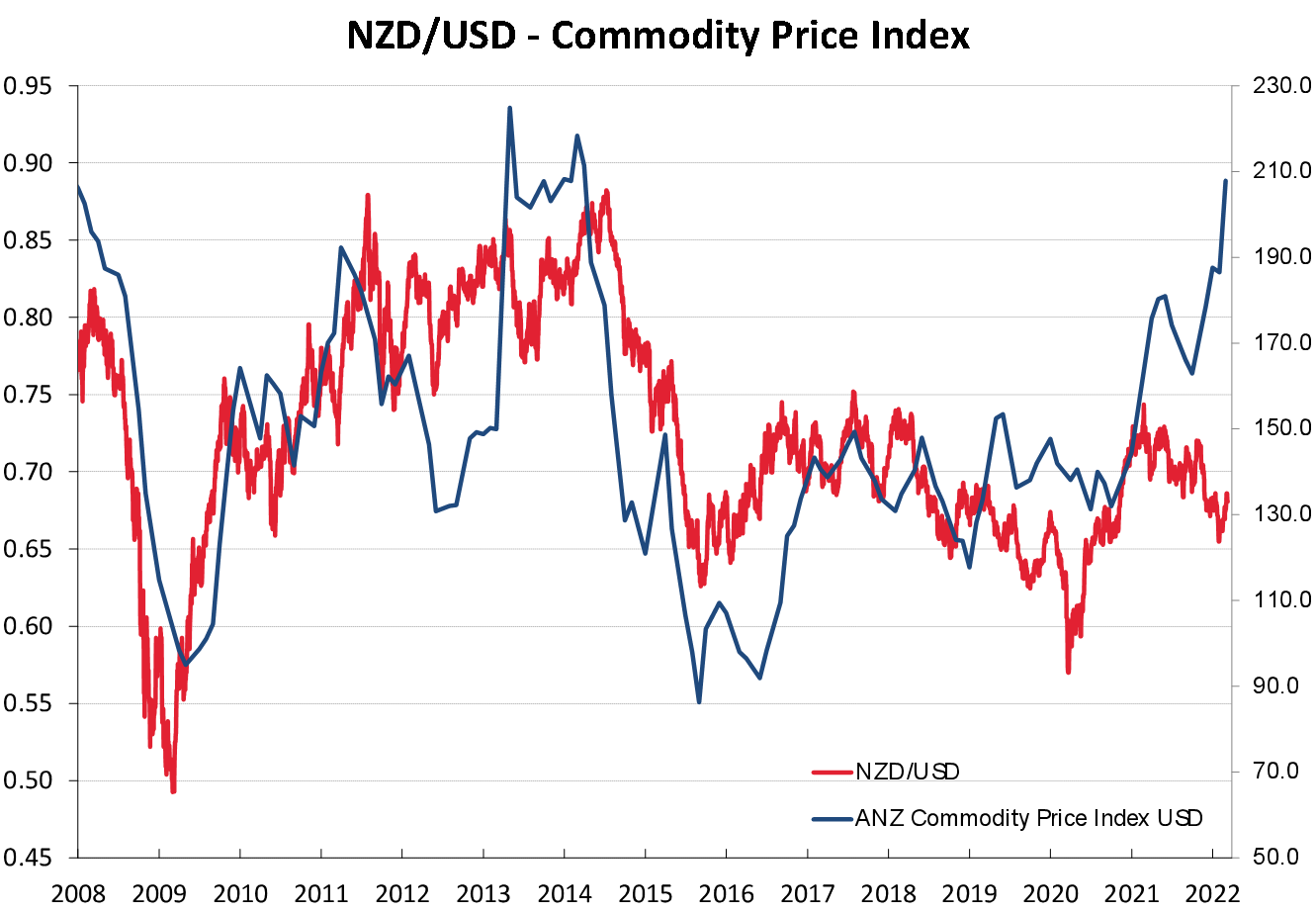 yes, all despite our current account deficit.  do not go by what you were taught in economics class