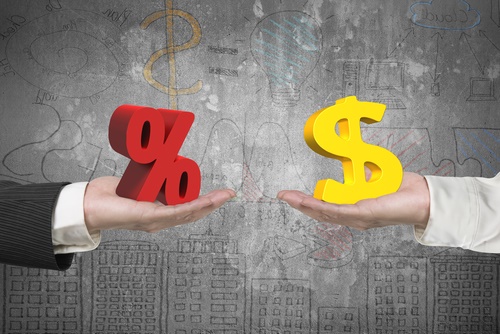 Foreign exchange markets on both sides of the Tasman are on edge this week going into crucial RBA and RBNZ interest rate decisions and monetary policy statements.

Decisions by the two respective central banks to reduce their interest rates to loosen monetary policy further at this time would see further NZD and AUD depreciation below key support levels of 0.6600 (NZD) and 0.7000 (AUD).

However, the more likely outcome (in the author’s considered opinion) is that neither the RBA or RBNZ will cut their official interest rates this week.

In which case, both currencies will appreciate on the unwinding of the market’s short sold positions.

The extent of that anticipated rebound upwards in the NZD and AUD will depend on the rhetoric from the central banks that will accompany the interest rate decisions.

The RBNZ and RBA could both be well advised to follow the lead of Jerome Powell of the US Federal Reserve last week when he described their inflation tracking below trend (or target) in the early part of 2019 as “transitory” (i.e. temporary) due to the sharp decreases in oil prices in late 2018 that have since reversed.

The low inflation results for the March quarter in New Zealand and Australia, that caused the recent depreciation in the NZD and AUD, were predominantly due to significant falls in fuel prices. Global oil market price trends and pressures through April and into May/June are already telling us that those price reductions will be reversed in the June quarter.

The second prime reason why Governor Adrian Orr and his new monetary policy committee (with three external members for the first time) will decide that it is premature to be easing monetary policy right now is that the global economic risks to the NZ economy they were so concerned about in December and February have changed dramatically over recent months: -

Therefore, the RBNZ will struggle to justify their previous rhetoric of global economic headwinds/risks and other centrals banks all loosening monetary policy when they release their prognosis on Wednesday 8th May.

Business and investment sentiment/confidence is also looking up in the New Zealand economy.

The scrapping of the capital gains tax will be a major factor behind a rebound in business confidence and business investment over coming months.

The price correction in the Auckland housing market is orderly and moderate, just what the RBNZ were hoping for. Wages pressures feeding into higher inflation is still likely as the labour market remains tight.

On their visits and meeting with companies throughout in New Zealand over recent months the RBNZ would have received a consistent and widespread message – “we cannot get skilled or unskilled workers to fill the vacancies we have”.

The anecdotal evidence of continuing tight labour market conditions appears to be at odds with official employment statistics which over the last six months have recorded marginally weaker jobs growth.

Having said that, confidence in the integrity of the employment figures as being accurate to reality is not high following the census and immigration statistics debacles!

The Kiwi dollar was sold down on the March quarter’s employment numbers last week.

However, “hours worked” over the quarter was up a whopping 4.9%, by far the largest quarterly increase in over 10 years.

The data tells you that business firms were meeting increased output demands through overtime and additional shifts from the existing workforce. Uncertainties like the capital gains tax hanging over the economy meant that they were not prepared to take on additional workers. That uncertainty is now removed. Let us hope that the RBNZ economists understand these labour market dynamics.

The other major impact on the New Zealand economy that the RBNZ cannot ignore in their outlook is export commodity prices and the buoyant agriculture/horticulture sectors. Prices are at high levels, production is increasing, and debt levels are being reduced in the dairy sector. An interest rate cut to help the economy would be justified if dairy prices were plummeting to uneconomic low levels (as they were in 2015 an the RBNZ reversed OCR increases to OCR cuts).

The evidence is reasonably compelling that it would be premature for the RBNZ to cut interest rates this week.

Should the economy weaken dramatically through the winter months, an August cut may be on the cards.

However, the probability of the economy stalling and slowing dramatically over coming months on the evidence presented in this column seems remote.

The local banks are pushing for an interest rate cut as this creates market volatility and they can make more money on trading and selling derivatives in such conditions. Governor Orr is on the money when he suggests that they concentrate on more positive and long-term contributions to the economy.

The Kiwi dollar was oversold at rates close to 0.6600 last week and rebounded upwards strongly late on Friday 3 May to 0.6650. Further gains can be expected on a “no cut” decision this week.

' The previous uncertain future is now more certain 'Give him his tablets.

The uncertainty around changes to CGT has been addressed, that's what I think he means.

Zachary, the issue around CGT, only appears to have affected the Auckland region, as ex Auckland , sales and pricing has been robust as has investor activity. Why has the 'uncertainty' not been as marked in those areas.

"The trade wars risks to the global economy has substantially reduced over recent months with China and the US expected to announce a trade agreement before the end of May."

Good news but you might want to pass this on to Peking and Washington.

This is typical of Mr. Kerr. When there is data that is in disagreement with his thesis, he uses unattributed and unsourced"anecdotal evidence" to refute the data.

“reasonably.” My how that word has infiltrated our law, regulations and opinions these days. Euphemism for my way out or you can’t pin anything on me.

Yes, I am still trying to parse just what Mr. Kerr means when he uses the phrase "reasonably compelling". Using reasonably in conjunction with compelling results in something that isn't compelling, at least by my understanding of the english language.

The trade wars risks to the global economy has substantially reduced over recent months with China and the US expected to announce a trade agreement before the end of May.

As Homer Simpson would say D'OH - everyone feel free to check out Donald's tweet from this morning - Trade War has just heated up again.

Maybe Roger should do a post-write up Mea Culpa!

The theory is, in theory, that to theorise the rise or fall in theoretical assets, Capital ideas and Futures generation, is to always best in theory, expect a sudden rise, or alternatively a short spell of a wave of fluctuations, caused by both , going short and long. This may help to explain his wishful thinking...Orr maybe not.
You decide. The market rocks both ways, producing certain derivatives, rocking and rolling from pillar to post.
Each and everyone of us must be guided by track records, before going off the rails and avoiding the pitfalls and currency restrictions, exchange rates, Laundary charges and inflationery bubbles., best known to man and yes, women alike. If I was a betting man, I would ignore all negative thinking, go large, build a big foundation, trust or property port folio, cos any port in a storm, is a spread of table margins, for our daily bread and butter.

I don't think you could ever trust "Data" coming out of the USA. You can only prop up a dead horse for so long, after a while it begins to stink and the games up.

Yep. If the economy is so great' why have they given up on normalisng interest rates??

$NZ has been trending down since 2015. As a small island nation dependant on trade NZ is highly vulnerable to deteriorating international relations and a lower inclination to trade.