Gareth Vaughan says should the proverbial hit the fan, the public, the regulator and the regulated banks will probably all be glad the RBNZ is increasing banks' regulatory capital requirements

Gareth Vaughan says should the proverbial hit the fan, the public, the regulator and the regulated banks will probably all be glad the RBNZ is increasing banks' regulatory capital requirements 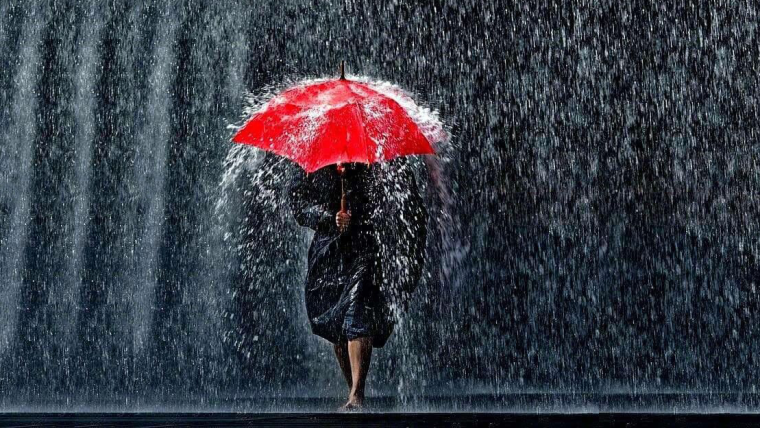 The sun came up on Friday morning and has done every morning since. In fact many critics of the Reserve Bank’s proposals have offered conciliatory comments, placated no doubt by the key changes the Reserve Bank made from its almost one year-old proposals.

So what calmed the horses?

Undoubtedly the decision to allow banks to raise up to $9 billion of the required $20 billion impost through the issuance of redeemable perpetual preference shares, allowing the ongoing use of Tier 2 capital, and extending the transition period for banks to meet the new requirements to seven years from five, helped significantly.

ANZ, easily the biggest bank in the NZ market and the loudest critic when the Reserve Bank proposals emerged, is now confident it can meet the higher requirements without raising additional capital. In fact ANZ NZ held about 80%, or NZ$1.5 billion, of its profit this year as retained earnings getting its response to the new requirements well underway. This year’s final ANZ NZ dividend hasn’t been publicly released yet. But it’s going to be well down on last year’s $1.6 billion, which was equivalent to about 84% of annual cash earnings.

Thus the comments ex-Prime Minister and Finance Minister Bill English made to The Australian Financial Review in May seem to have hit the nail on the head; “…Don’t believe what they say, watch what they do,” English said in reference to threats by Australian banks to pull capital out of NZ following the Reserve Bank proposals. For those of us with reasonable memories this was a good point. Back in 2010-11 there were similar threats when the Reserve Bank increased the big four banks' capital requirements for rural lending.

In March Deutsche Bank analysts Matthew Wilson and Anthony Hoo made a similar point to English's. They argued that given the NZ market structure, the Reserve Bank action "appears quite sensible," with NZ set to overtake Norway to have the highest bank capital requirements in the developed world.

Wilson and Hoo noted the unique NZ banking market structure generates oligopoly-like returns, given the big four banks "print an average return on equity of 15% and remit 65% of earnings bank to their parents as dividends." Mirroring English they said every time big Australasian banks confront an external threat to the industry structure they use alarm as a point of negotiation.

In April I argued the Reserve Bank's capital proposals threatened serious disruption to big bank shareholders' halcyon days in NZ. The final decisions increase the prospects of a pause rather than an end to these halcyon days.

From the perspective of the country's smaller banks, the Reserve Bank's proposals may even improve their competitive position as I foreshadowed last year. The Reserve Bank seemingly getting proactive in focusing on ANZ, ASB, BNZ and Westpac using the internal ratings based (IRB) approach as a risk tool not a competitive tool, should help the smaller banks. Reserve Bank Governor Adrian Orr also notes smaller banks will have more access to different funding instruments. And the designation of the big four as systemically important banks means they have capital requirements two percentage points higher than smaller rivals at 18% of risk weighted assets. (The average level of capital currently held by banks is 14.1%).

This should be good news. For although there are 26 banks operating in NZ with 14 in the retail banking market, improving the potential for smaller banks to compete with the big four - who account for about 85% of the NZ banking sector - should be good for consumers. On the other hand, however, higher capital requirements potentially make the barriers to enter the NZ banking market higher. Especially given that rather than allowing restricted banking licences for newcomer digital banks as regulators in some jurisdictions have, the Reserve Bank says such new entrants in NZ should go down the non-bank deposit taker route.

NZ's Australian-owned banks are increasingly portrayed as ogres in the local media. Certainly the misconduct of their parents, highlighted by Australia's royal commission and anti-money laundering regulator AUSTRAC, of late, hasn't helped. The big four in NZ are not saints. But nor are they their parents. And their presence here has brought benefits to NZ Inc including through their strong credit ratings.

Despite the Reserve Bank's increased capital requirements, NZ banks remain highly leveraged. According to the Reserve Bank, the new capital requirements mean banks will need to contribute $12 of their shareholders' money for every $100 of lending up from $8 now, with depositors and creditors providing the rest. Put that way it doesn't sound a lot. But should the proverbial hit the fan, the public, the regulator and the regulated banks will probably all be glad it's there.

*The charts below come from the Reserve Bank. For more detail on bank capital, and explanations of what it all means, see our recent preview of the increases to bank capital requirements here.  Additionally our coverage of the Reserve Bank's cost/benefit analysis is here. 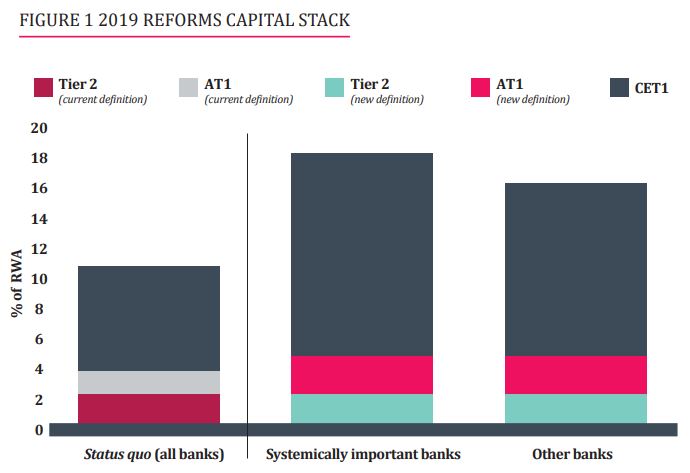 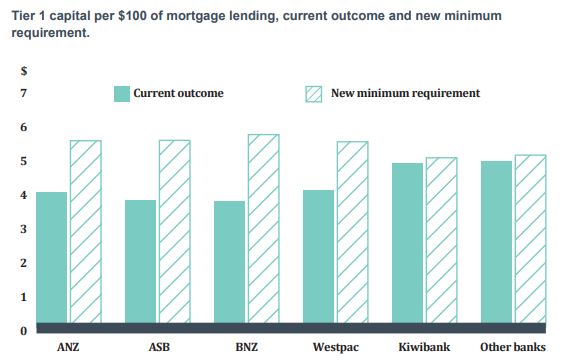 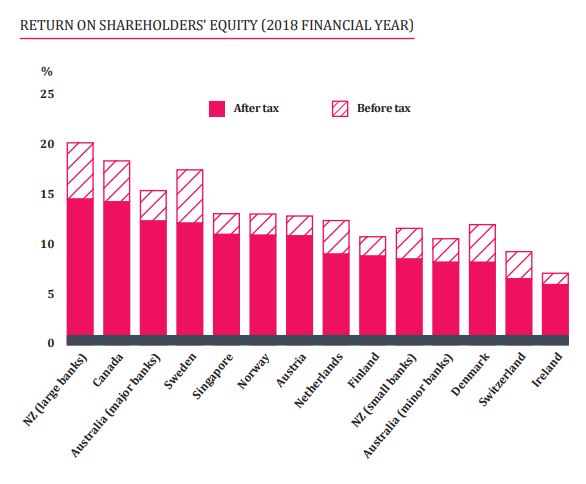 Despite the Reserve Bank's increased capital requirements, NZ banks remain highly leveraged. ,According to the Reserve Bank, the new capital requirements mean banks will need to contribute $12 of their shareholders' money for every $100 of lending up from $8 now, with depositors and creditors providing the rest. Put that way it doesn't sound a lot. But should the proverbial hit the fan, the public, the regulator and the regulated banks will probably all be glad it's there. [my bold]

The depositors need a bigger share of the profits on the $100 of lending, in so much as their real, risk adjusted returns are just plain derisory, given they are unsecured creditors..

I think RBNZ, in catch 22 herd follower the rest of the world for the OCR, other DTI tool think tank is hard to be granted by either respective govt. - so try other creative method, this moves. Some says though that 20b for the next 7yrs is still too lenient & slow, ideally it should be 100b for the next 5yrs. But hey, even Orr need to protect his personal assets.

The sleazy campaign against the move over the last year says all we need to know about them. Can't be trusted, regulate them to hell.

The sleazy campaign against the move over the last year says all we need to know about them. Can't be trusted, regulate them to hell.

Well said. Without depositors there is no Bank. everyone contributes and should be rewarded appropriately

This is only a first step. Starting next year. Circumstances will change inviting further fiddling with these measures. Hope RBNZ stays agile to keep one step ahead of the banks, in the interest of the economy. Orr has done a great job, waking up RBNZ.

He who controls the money sets the rules.

Banksters have way too much control, and we need a new system that is not a ponzi scheme that the current system is. Banksters are nothing more than parasites, that are now eating the host.

Why would you allow a parasite to make more profit than the business it hosts? You wouldnt, but past and current politicians have allowed this to happen.

Rules for new lending should be if the asset value declines though no fault of the asset owner, the banks debt introduced declines on an equivalent pro rata basis. This would see more prudent and sustainable lending, rather than predatory lending.