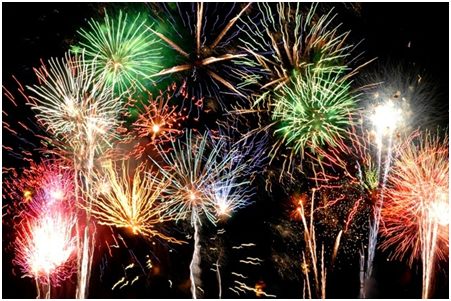 The highly anticipated report from the Financial Markets Authority (FMA) and Reserve Bank (RBNZ) into New Zealand banks' conduct and culture will be released in early November, probably Monday the fifth, - Guy Fawkes Day. But will there be any fireworks in it?

The report follows a review by the local regulators in response to the bad publicity for banks flowing out of the Australian Royal Commission into Misconduct in the Banking, Superannuation and Financial Services Industry.

In what initially appeared quite a reactionary response, NZ banks - including the Australian owned ANZ NZ, ASB, BNZ and Westpac NZ - were told to prove their conduct is better than what was exposed in Australia.

However, as time went on it became clear this was a serious exercise, certainly for the FMA as conduct regulator. Its CEO Rob Everett has said the financial services sector is at a tipping point and needs to focus on how to make sure customers get a better deal.

Last week's FMA annual report quotes Everett acknowledging the review has "inevitably drawn staff resources away from other parts of the FMA’s work." He justifies this by saying the FMA's approach to regulation involves focusing on areas that pose the most risk of harm, giving its staff a useful tool for prioritisation.

"The conduct-related events of the last year – driven by the Australian Royal Commission – have been extraordinary and are probably unprecedented," Everett says.

"The importance of good conduct has been clearly underlined. Broader concepts such as community standards and expectations are also in play. Like other stakeholders on both sides of the Tasman, we are still processing ongoing developments. However, we are determined to play our part to ensure this opportunity for customer-centric conduct to be permanently embedded in the culture of the financial sector is not lost."

Also in the annual report, the FMA's chairman Murray Jack notes depending on the outcome of reviews of financial services legislation, "the regulation and consumer protection landscape may change significantly, and we recognise that some of these reviews may have implications for our mandate."

So against this backdrop, here are five things to look for when the report is released.

1) Has the review turned up anything that will result in the regulators actually taking action against a bank, or banks? And have they found issues of the magnitude to warrant further investigation?

There has been clamour in some quarters, including amongst some bank competitors, for NZ to hold its own royal commission. Some of this has been driven by the view that because NZ's big four banks are Aussie owned, they simply must be behaving as badly as their parents. Back in early May I argued NZ hadn't seen the systemic problems in banking to justify a royal commission, and nothing has changed since.

NZ's major banks are not saints and have certainly blotted their copy books. This includes via the ANZ-ING frozen funds scandal, and through the marketing, promotion and sale of complex interest rate swaps to rural customers that saw ANZ, ASB and Westpac customers compensated to the tune of $23.67 million.

But a royal commission is an option for a formal government inquiry “reserved for the most serious matters of public importance.” We had one into the Pike River mine tragedy, and another into building failure caused by the Canterbury earthquakes, for example. So unless the FMA and RBNZ have quietly managed to find a queue of disgruntled bank customers with evidence of systemic unethical, amoral and/or illegal activity by our banks, there won't be a royal commission.

But the possibility of some other form of action or inquiry can't be ruled out.

2) What, if anything, will the FMA and RBNZ review mean for bank lending?

With Australia's royal commission the culmination of years of disgruntlement with banks' conduct and culture, it has been suggested it could prove the catalyst for a credit crunch, or even the country's Minsky moment. The argument is that Australian banks are being forced to tighten lending standards and Australian regulators will have to enforce existing standards and rules more firmly than they have done so previously. This means the flow of debt to an already softening housing market slows, risking a significant housing market correction and potentially Australia's first recession since 1991.

Here in NZ mortgage brokers estimate borrowing capacity has reduced by about 20% over the past two or three years, due to an increased focus by banks on borrowers' expenses, responsible lending criteria, and the RBNZ enforced loan-to-value ratio restrictions for property investors. Could the results, or fallout, from the FMA and RBNZ review see lending conditions tighten further?

3) What does the review mean for the evolving role of the RBNZ?

In its recent annual report the RBNZ acknowledges its participation in a review of banks' conduct and culture takes the RBNZ outside its formal remit.

"The [Reserve Bank] Board endorsed the [Reserve] Bank's and Financial Markets Authority's inquiry into conduct and culture in New Zealand and is following progress closely," the annual report says.

"While conduct concerns are formally within the remit of the FMA, [Reserve Bank] directors have agreed that the Bank should also be concerned to ensure that inappropriate cultures do not exist in regulated institutions."

"Poor conduct can be symptomatic of governance problems and can adversely affect confidence in the New Zealand financial system. In addition, the Bank has a prudential responsibility to understand how the boards and senior management of the commercial banks satisfy themselves when signing off on attestations to the bank," the annual report says.

It's hard to image the RBNZ would have participated in such a review before Adrian Orr became governor in late March. But as I detailed here, there has been a noticeable shift towards consumer focused outcomes since Orr took the RBNZ's helm. The results from this bank conduct and culture review may shed light on whether this is more than a PR exercise.

4) How will the politicians react?

One can anticipate NZ First's Shane Jones will have something to say. Remember also it was his leader Winston Peters who blamed "subservient puppetized New Zealand politicians" for the lack of an Australian-style probe into the NZ banking system during last year's election campaign. But will we get anymore than soundbites and posturing?

Everett has noted the regulators have "considered any gaps within the framework for the regulation of retail banking services that may undermine the effectiveness or efficiency of conduct supervision or regulation." So legislative changes, politicians willing, can't be ruled out.

5) Will the results of the review show significant differences in culture and conduct between the Australian owned banks and their locally owned competitors?

Many people might be expecting this to be the case, highlighting a more aggressive bonus culture at the Aussie banks. But, for example, a few years ago when the Commerce Commission prosecuted nine financial institutions under the Fair Trading Act for failing to properly disclose currency conversion fees, Kiwibank and TSB were included. And late last year the Commerce Commission announced TSB would refund about 2800 customers an average of $170 each after overcharging loan break fees between 2008 and 2016.

Even if the regulators' probe into bank conduct and culture fails to turn up any seriously bad behaviour, Everett has said it will lay a marker for what is and isn't appropriate in the future. So come November 5, it'll be worth grabbing some popcorn and tuning in to see just what the FMA and RBNZ come out with. And if they don't deliver any fireworks, you'll be able to let your own off once dusk falls.

Thanks for the article Gareth.
I think the findings of bad behaviour in NZ banks will be minimal (not in small part due to the fact that the information provided to the FMA is supplied by the banks themselves…). On the other hand I have little doubt that the OZ banks are in more serious trouble.
Therefore I'd like to add a 6th point/question: What may the repercussions be on NZ banks form their parent OZ banks facing tougher lending criteria?
Thanks

FHi Yvil
If the report is to have some fireworks, it is likely to be at best a "tom thumb fizzer" (for those who remember what a tom thumb was - i.e. a very small cracker that invariably didn't explode).

Like you, I feel that the report will most likely at worst be minimal with advice of some practices not being in the customers interests, and a number of recommendations (e.g. commission selling) relating to improved practice which the report will note that banks will have claimed that they have already put in place.
Even if there is the odd rouge element, despite some blatantly unacceptable practices being identified by the Australian Royal Commission inquiry there has been few significant consequences such as fines or jobs lost so I don't expect to see any significant consequences in NZ.
Of note, in NZ there has been an absence of press reports of events similar to what was occurring in Australian - e.g. charging deceased people for ongoing advice - and, as the information to the FMA is bank supplied, I am not expecting a expose of bad practices.
As noted in the article, we will need to wait for dusk and our own fireworks show. Sadly, given the anti-fireworks lobby being vocal yet again, we may not be doing this for that much longer.