Hobbled by the pandemic and rising rates, banks respond to the Spring real estate selling season with restrained rises rather than outright rate cuts

Hobbled by the pandemic and rising rates, banks respond to the Spring real estate selling season with restrained rises rather than outright rate cuts 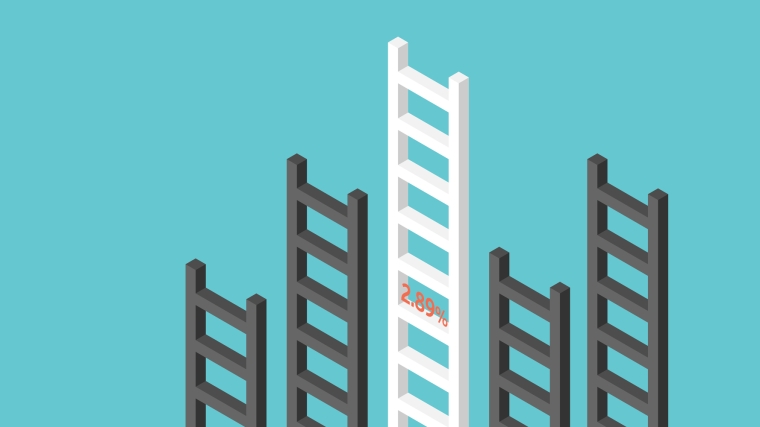 This comes after longer term rates were raised last week by both ASB and Westpac.

Kiwibank however have raised all rates from 1 year to five years.

Their two year rate however was raised only +10 bps to 2.89% and this is the lowest of any of the main banks.

They added +30 bps to both their four and five year fixed rates.

At this point, we don't have any notice their term deposit rates are rising un unison.

As you can see from the swap rate chart below, the trend of rising wholesale money costs is rising and banks will be under some pressure to raise rates from here.

And in turn, that is because there is growing conviction among banks that the RBNZ will soon raise its OCR, despite the ongoing lockdowns. The RBNZ is on a mission to 'normalise' and a short, pesky lockdown doesn't seem to be changing consumer expectations or buying habits in any permanent way. And inflation expectations are drifting well away from the 'transitory' hue some policy makers were assuming. So the RBNZ is increasingly on its guard against embedded inflation (the primary mandate focus) and will no doubt feel more comfortable about moving rates up while at the same time our labour market appears to be holding its healthy shape (the other mandate focus).

Despite lockdowns, the Spring real estate selling season is now underway in a somewhat confused environment this year. Competition for this expected rise in business for banks may just be by a smaller rate rise, rather than cuts. Although HSBC did bravely cut a key rate last week and giving them a rate card that is noticeably lower than the main banks.

Who thinks the end of year results will confirm a year of 'hobbling' for the big banks?

What do you mean by that?  Low profits?  RBNZ changing the rules somehow? Or?

Only hobbling is kiwibank hobbling it's customers by letting its online banking continuously crash.

Yeah, ANZ has been dicey for me too - weird messages, timeouts, but I probably get through a third of the time.

There are external factors involved. DOS attacks are hard to protect against.

How long is BNZ going to be able to hold out for, or are they trading net margin for volume?

Just fixed for 2 years ahead of this, but it is not that much of an increase to be honest.

Hobbled by the pandemic? Banks gained record profits on the back of the QE measures and the subsequent equity explosion... Not sure it is the Banks that got hobbled.

Kiwibank has the balls to raise interest rates whilst their online banking and app hasn't been working properly for the past two weeks and have over-extended wait times on their call centre phone lines. Customers ultimately end up paying more for inferior service, I'd be surprised on how many people decide to stay with them. "Kiwibank" should rename themselves "Kiwi" because they cannot even function properly as a bank.