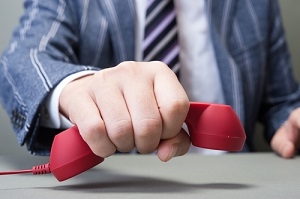 Borrowers are heading to the Banking Ombudsman with their qualms, as they’re flocking to the banks with their loan applications.

The Banking Ombudsman Scheme, in its 2015/16 Annual Report, shows there’s been an uplift in the portion of lending-related cases it has dealt with from 28% to 31% this year.

Ombudsman Nicola Sladden says the increase is a symptom of our low interest environment encouraging more borrowing than saving.

Accordingly, the report shows the portion of bank account related cases the scheme dealt with fell from 23% to 19% over the year, as “falling interest rates made savings accounts less appealing”.

“There aren’t the same opportunities in the low interest rate environment,” Sladden says.

She notes there was a spike in the number of cases the Scheme received related to early loan repayment charges between September and November last year.

Borrowers suffered from “post-fixing dissonance” as they sought to break their fixed term contracts early and opt for loans with lower interest rates.

This issues were largely at the forefront of the cases the scheme dealt with in the 2014/15 year.

Yet as interest rates have stopped falling so rapidly, the scheme has seen a drop in these sorts of complaints over the last nine months.

“We think that there is better information out there about early repayment charges and a better understanding about the risks associated with getting out of your loans early,” Sladden says. 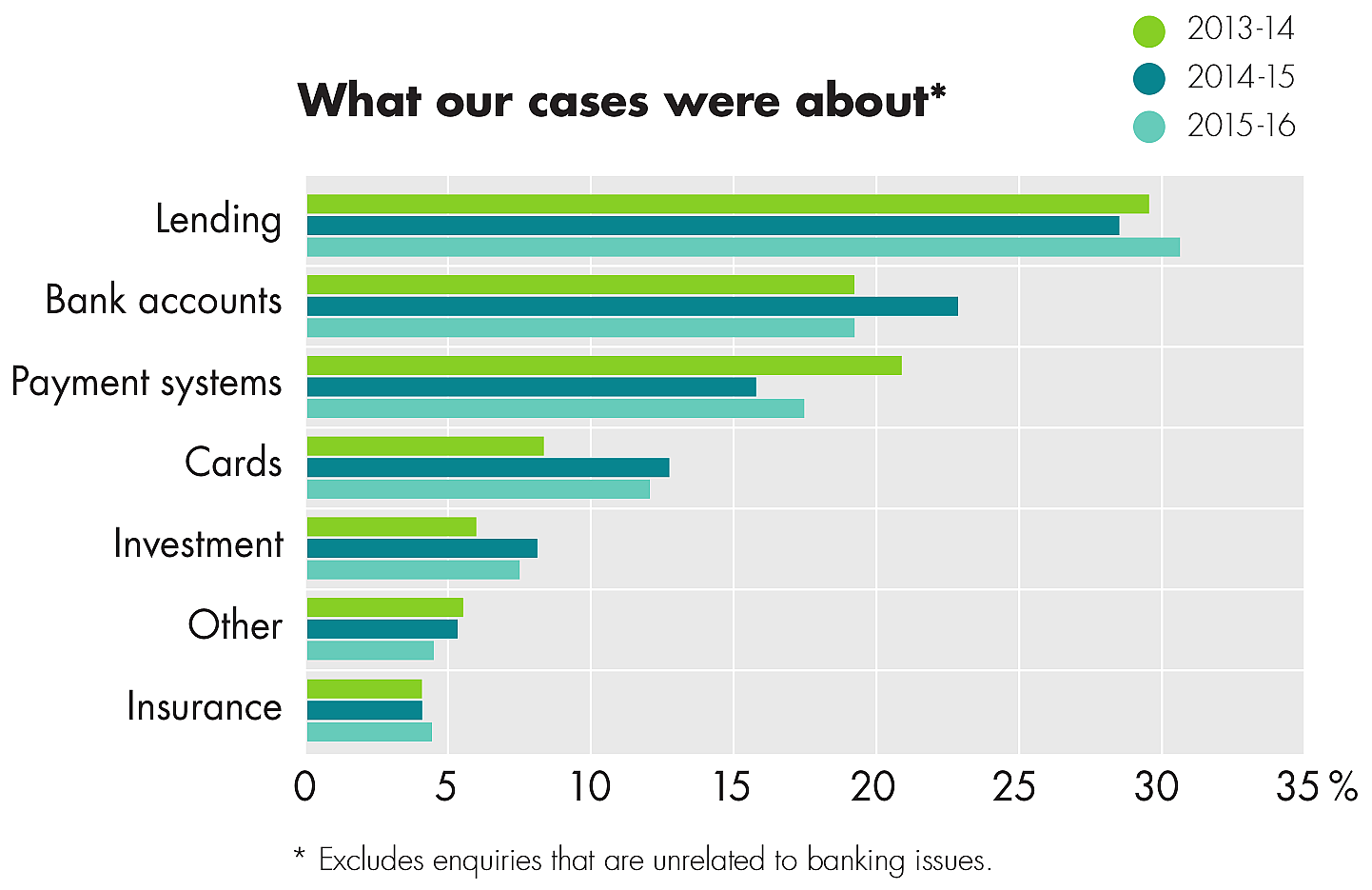 The Ombudsman Scheme’s other lending-related complaints have stemmed from customers’ dissatisfaction with the services they receive.

Clients were concerned with bank staff’s failure to act as instructed or promised. They were also unhappy with the how banks collected debts.

Across all complaint types, the underlying causes were as follows: KiwiSaver withdrawals and switches an issue

Asked about emerging trends in the nature of enquiries dealt with by the scheme, Sladden mentions there’s been an uptick the number of people with KiwiSaver issues.

These relate to investors’ abilities to withdraw funds, as well as miscommunication or concerns around disclosure when they switch funds.

“Sometimes people feel the switch may have been made without proper and full information,” Sladden says.

She is also aware of cases where people have raised concerns around banks’ KiwiSaver sales practices.

The Scheme hasn’t dealt with a significant number of KiwiSaver fees-related enquiries, despite the Financial Markets Authority, Ministry of Business Innovation and Employment and Commission for Financial Capability pushing for providers to detail these more clearly in dollar cent terms in investors’ statements.

While Sladden notes the prevalence of KiwiSaver related enquiries, it’s worth noting banks are continuing to capture market share in the KiwiSaver space, as shown in this FMA graph: 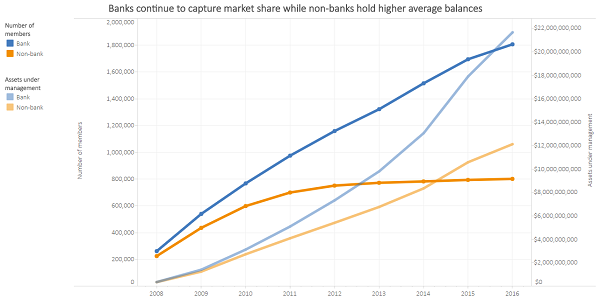 The FMA’s KiwiSaver Annual Report also shows the level of switching between KiwiSaver providers has spiked in the past year.

The report says: “This year, 66 bank customers contacted us about scams by third parties. Most commonly, these involved buying or selling transactions with scammers, investment scams or the scamming of customers’ personal information.

“Customers were unhappy because banks had declined to compensate them for their losses. Banks are not responsible if customers’ actions enabled (even if unintentionally) a scam to succeed.”

Asked to provide more comment on the instances in which banks would be responsible for compensating scam victims, Sladden says: “A bank is liable for making transactions that aren’t properly authorised by the customer.

“However often the customer has unwittingly authorised the transaction, whether it’s by way of providing password or pin information, or not being aware the recipient of the funds is a fraudster.

“If a bank is aware of some red flag or any other risks or fraud or exploitation, they do have an obligation to act and as a minimum, alert the customer to that risk.”

Looking at the bigger picture, the Ombudsman Scheme’s report notes: “The number of cases we received about small banks generally corresponded with their market share (as estimated by assets).

“Medium-sized banks used the scheme more (22% of all cases compared to 12% of market share), while the four main banks – ANZ, ASB, BNZ and Westpac – used the scheme correspondingly less.” 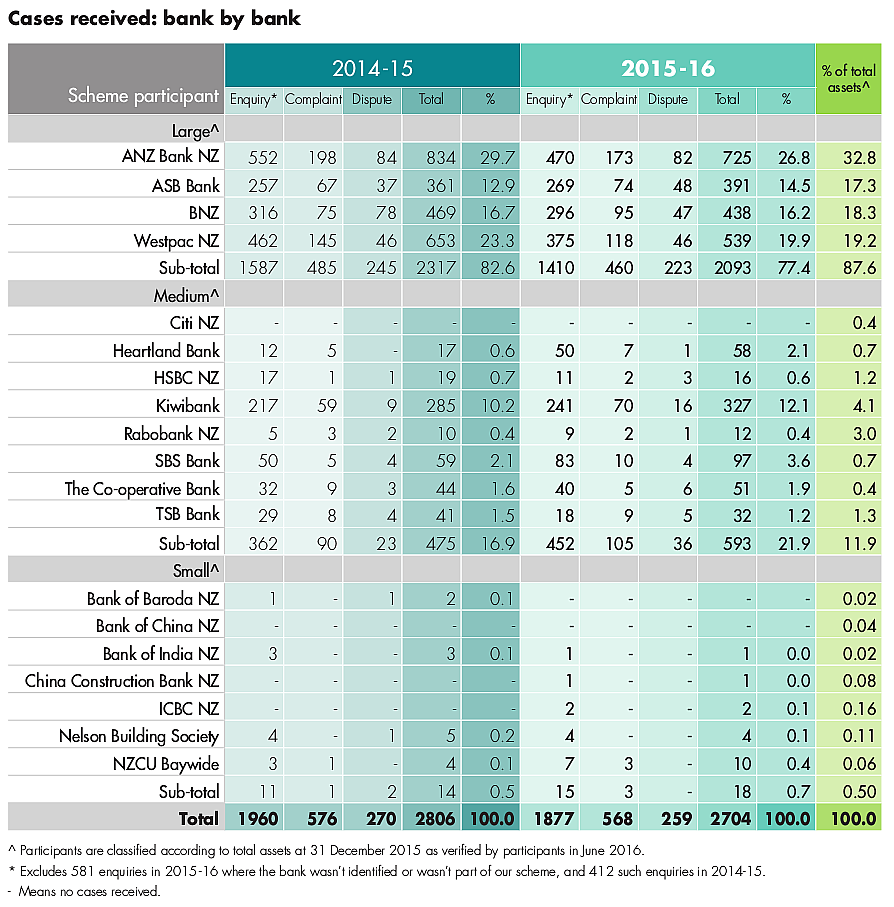 Sladden says the overall number of cases the scheme received over the year rose only slightly compared with the year before – from 3,213 to 3,323 cases – but their make-up changed noticeably.

“Over-the-phone-type enquiries made up a growing share of our work, and simpler complaints were unchanged. The big shift was in disputes, which shrank in number but grew in complexity.

“I attribute this to two factors: greater determination by banks themselves to resolve problems before their customers come to the scheme – leaving us with the frequently difficult or protracted cases – and greater emphasis by us on education to prevent disputes in the first place,” Sladden says.

She says visitor numbers to the scheme’s website had risen more than 60% in the year.

Tune may change once the slight of hand is revealed.

In a world of low inflation the "tilt" becomes much less severe. If repayments consume a large proportion of your wage at the start, they'll keep doing it for decades. Ellis says the banks either haven't caught on to this, or don't want to own up to it. They use the same formulas to assess how much they'll lend as before. They link repayments to income. And because low inflation means low interest rates, repayments are lower than they used to be for any given loan, meaning they can lend more. The result is higher house prices, and harder-to-repay loans.
http://www.smh.com.au/comment/the-phenomenon-of-mortgage-tilt-and-why-y…

The trick is never the same once it's been explained.

Our nice but dim central bankers never perceived such eventualities or they did and plodded on with the dogma regardless.

Persistent inflation, like low interest rates, has become a tool policy-makers use to minimize the burden of debt. As a simple example, assume a household earns $50,000 a year and takes on a $500,000 mortgage. Servicing such a debt will dramatically reduce the household’s appetite to consume and their capacity to take on additional debt. Inflation, however, can change their situation. If the value of the house appreciates 10% per year, then in five years the house would have increased in value to over $800,000, rewarding our borrower with over $300,000 in equity. Even though the household’s income did not increase, the presence of additional equity in the house allows the household to borrow more and increase consumption.

By narrowly focusing on consumption, economists have lost sight of production. Such disregard for the supply curve is proving to be a costly error.

As monetary policy increasingly encouraged debt-financed consumption, corporations responded by expanding their capacity and operations to keep up with the policy-induced demand for their goods. Both the demand and supply curves shifted in unison, reflecting greater demand and production capacity. Unfortunately, over time, the consumers’ ability to take on additional debt has diminished and the demand curve shifted back. The supply curve, however, is less flexible as corporations cannot easily reduce their production capacity. Attesting to this overbuild is capacity utilization which, as graphed below, is trending lower and stands at a level that has been indicative of recessions in prior cycles.

In response to weaker demand, corporations downsized employment, outsourced production and limited wage increases. Partially as a result of their actions, the labor participation rate lingers at 38 year lows and real median wages are at levels comparable to 1998. Corporations created a negative economic feedback loop as their employees are also consumers of their products.

Another unfortunate consequence of weaker demand is that instead of investing some profits towards productive activities, a majority of corporate cash flows have been diverted to shareholders to engineer better financial ratios and earnings per share to help compensate for weakening sales. The results may be optically appealing and supportive of equity market valuations in the short-term, but these decisions are decidedly not constructive for the long term health of the corporations and the economy.

The bottom line is that disregard for production oriented aspects of the economy (the supply side) and myopic over-emphasis on debt-financed consumption (the demand side) naturally limited potential corporate and national economic growth. Read more

Plodded on with the dogma regardless... and now the problem is too big to fix. As elites, they're banking on surviving 'it' - whatever 'it' is.

Low inflation is the worst time to borrow. The simple explanation of the tilt is that a debt is just a debt.

For my personal situation I bought a house in this environment and I'm paying down the mortgage at a rapid pace as inflation isn't destroying the principle. While there is a leverage benefit for my investments I'm still cautious due to the risk associated with debt until inflation returns.

Mortgage interest rates are much higher during periods of high inflation though.

I remember those days in the 80's. That's the best time to borrow provided you don't have a PM inplementing wage freezes.

e: To be accurate high interest rates/inflation is the best time for long term borrowing.