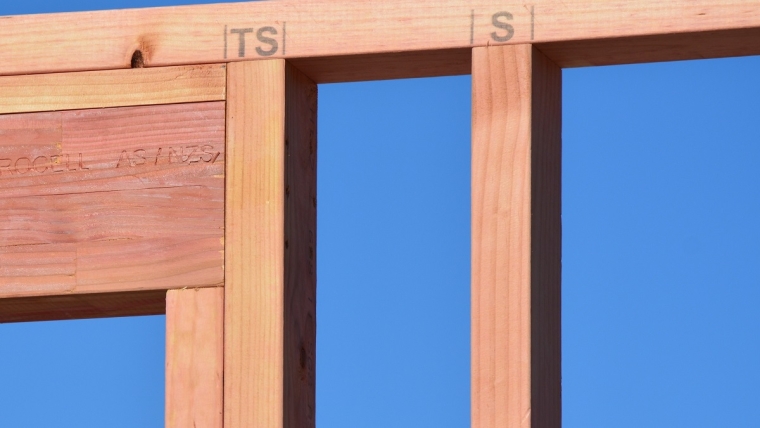 The economists, in their Weekly Economic Commentary, still expect, however, that house prices will rise 15% in 2021.

In commenting on the latest building consents data released last week, the Westpac economists noted that consent issuance was "now up a massive 16% over the past three months".

"Two key drivers are rising house prices and low interest rates, which improve the financial reward from building. We are also seeing households divert expenditure from overseas travel to house building and renovations, adding to demand."

And yet the economists say this building boom is coming at a time when population growth has "plunged" to its lowest level in a decade.

"Net migration has been close to zero since Covid-19 struck, a far cry from the 70,000 net migrants the country received in 2019.

"By our estimates, housing shortages will continue to shrink even after migration resumes, because today’s level of construction activity is so much higher than what is needed to keep pace with population growth even in a normal year."

From a social point of view, it will be many years before anybody is saying that New Zealand has “enough houses” on the ground, the economists say.

"But the economic effect of building so far in excess of population growth could become apparent sooner.

"We expect to see rent inflation easing within a year.

"And this erosion of housing shortages is one reason that we expect house price inflation to start gradually cooling from later in 2021.

"However, the more important driver of house prices is interest rates. We expect rates will stay low for much of this year, and therefore we expect 15% house price inflation in 2021."

Given the housing disaster that real New Zealanders face right now (as opposed to the wooly, notoriously unreliable economists projections), 16% house inflation for the next year is unacceptable and frankly the government needs to resign as it has done nothing but make matters worse. At the very least those members of the Labour party with any social conscience, need to toss out Ardern and appoint somebody with enough guts to address the problem meaningfully. As for resuming immigration after Covid passes. - No way on a whole raft of fronts.

I could not have put it better. There has been a great betrayal of the community that Labour was founded to represent. What a shame Labour won an absolute majority: the Greens might have beaten some conscience into them.

Rents in Rotovegas have gone from 370 to 460 over 2 years.. up 24 percent. HHS upgrades are happening and yes thats good but also landlords are doing renos and replacing kitchens etc to meet the market demand. Sign of the times that tenants want showroom quality rentals and not utilitarian, they are getting more for their money.

Saw a snippet on the news lamenting the lack of local tourists on deserted rotovegas streets. The presenter then made a comment that the motels were full. With emergency accommodation clients.

Same everywhere - families couldn’t lockdown in cars, tents, sheds and sofas... so they got checked into the emptying motels. They’re still there. This is one of the reasons the economy is holding up and the social housing wait list is huge.

The real challenge here is how to build and manage thousands of decent homes (with all required infrastructure) at a price that enables affordable rent without Govt top-up? I'll give you a clue.... you can't. The math doesn't work. The State has to invest upfront.

Do these stats take into account housing that has been removed, too?
Curious because so much of the building in Auckland at the moment is demolishing one property to build two, three, or four new ones. Not that that's a bad thing, but the stats could be a bit misleading if that isn't counted.

There is a bit of wordplay going on here.

So severe house shortage is eroding, so in time will only be back to a bad housing shortage. ie prices still only expected to go up 15% this year, on top of the 20% we had last year.

Imagine if these economists were doctors who had just got the test results back for their patient said, 'We have some good news - you are going to get a disease named after you.'

The beauty of bank propagandist attempting to talk up interest rates without proof and filled with assumptions.

Just watch how house prices defy the 'logic' of economists.

Be greedy when others are fearful- history has shown great fortunes were made this way.

It is time to be greedy.

Well what do you know, a day after making the $1m average house price in Tauranga prediction by Christmas, an economist predicts a 15% price increase in 2021 so there you have it. You would be pretty pissed if you voted for Labour thinking they were going to fix this.