Kiwibank economists say there's mounting pressure on mortgage rates to be 'adjusted higher', while they believe the likes of retailers will be more easily able to pass on price rises in the current environment

Property
Kiwibank economists say there's mounting pressure on mortgage rates to be 'adjusted higher', while they believe the likes of retailers will be more easily able to pass on price rises in the current environment 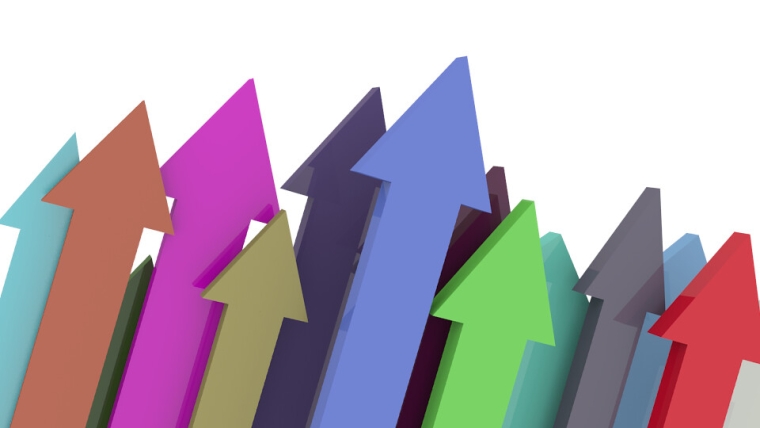 In their weekly First View publication the economists say wholesale interest rates have risen because market traders "have pulled forward" expectations of when the Reserve Bank will raise the Official Cash Rate.

(The OCR is currently at 0.25%, but in its May Monetary Policy Statement the RBNZ indicated it would start raising the OCR in the second half of 2022. As further context, the RBNZ has its next review of interest rates on Wednesday, July 14, while the next inflation figures are out on Friday, July 16).

"Since the RBNZ's MPS in May, short term interest rates have been catapulted higher," the Kiwibank economists say.

They say that since the release of the March quarter GDP figures, which showed a 1.6% rise in GDP and was far ahead of any market expectations, the wholesale rates have moved higher.

"Over the last few weeks, interest rates have moved beyond our 'upbeat' assessment and are factoring in a rate rise by year end!"

The say looking at short-term rates, the market pricing now suggests a basically 50% chance of a 25 basis-point hike in the OCR to 0.5% in November, while a hike is fully priced by February 2022. The Kiwibank economists are picking the first in May.

"The confidence around future rate hikes is starting to hit home. Homeowners are now fixing their mortgage rates for longer terms. And pressure is building. Given the uplift in wholesale interest rates, there's mounting pressure on mortgage rates to be adjusted higher too."

They again noted the short duration of fixed mortgages currently, with 80% of the mortgage book needing to be refix in the next 6 to 12 months.

"That's an enormous amount of fixing flow into a tightening cycle. Any pullback in rates should be used as an opportunity to get set (pay fixed)," they say.

On rising prices the Kiwibank economists note the global supply-chain disruptions that have led to rising shipping costs.

"In recent years, firms such as retailers had found it difficult to pass on rising costs to customers for fear of losing market share - or sales to digital competitors such as Amazon or Alibaba. But the fallout from covid is being universally experienced, so costs will likely be more easily passed on. Cost push inflation is typically looked through by the RBNZ and is usually temporary in nature. However, the current experience looks likely to be more sustained with supply-chain disruption ongoing and our border expected to remain shut until next year at the earliest - adding another layer of complexity to the RBNZ's job of meeting its monetary policy mandates."

Talking in a similar vein in the latest BNZ Markets Outlook publication, BNZ head of research Stephen Toplis says, while noting the RBNZ's "least regrets" approach, that at the moment monetary settings "broadly remain at the same levels" that were seen while we were experiencing the very worst of the economic fallout from the Covid outbreak.

"No matter how pessimistic you might be, it is hard to deny that conditions are now better than at that time and should remain that way even with further Covid outbreaks likely. On this basis, monetary conditions should be tighter than they are now, and least regrets should be turning towards avoiding the threats imposed by an overheating economy."

'Itching to adopt a tighter stance'

Toplis says, however,  "this is a very difficult road for the RBNZ to travel".

"While it will be itching to adopt a tighter stance, it will also not want financial markets to get ahead of themselves for fear of the dislocation that rapidly rising interest rates might cause."

Toplis says when the RBNZ produced its May MPS it had effectively assumed a first rate hike by August of next year.

"The data, and anecdote, flow since then must surely mean the Reserve Bank has either become more confident in that assumption or sees the need to tighten sooner. It simply can’t have gone the other way."

Consequently, the RBNZ is left with two options, he says. Either it "green lights" the recent market move or it tries to push back against it.

"The problem it faces is that if it does concur with current market pricing, and says so, the market will inevitably tighten further. It is not clear the Reserve Bank would be happy for this to occur just yet. This being the case, we think the RBNZ [in its interest rate review next week] might produce a statement which acknowledges recent strength in the domestic economy while also continuing to highlights the Bank’s concerns with the economy’s residual risk.

"Difficult to hold a straight face'

"Nonetheless, we think it would be difficult for the RBNZ to hold a straight face and repeat its May MPS comment that meeting its employment and inflation requirements 'will necessitate considerable time and patience'. In our opinion the requirements have already been well and truly met.

"And, yes, there are a number of 'temporary' factors currently at play but once these factors wane we still think inflation and employment conditions will warrant a return to more normal/neutral monetary settings which must mean significantly higher interest rates than is currently the case."

Toplis says even though he believes a hike in the OCR now could be easily justified, he's not forecasting one on the day of the July 14 Monetary Policy Review.

There is, however, "a reasonable chance" that the RBNZ gives a strong nod that its Large Scale Asset Purchase (LSAP) programme  problem might be "culminated" earlier than the June 2022 deadline it currently faces.

"It doesn’t need to make any formal announcement in this space as it can simply let its purchase programme slide away to nothing without causing any fuss and bother. However, the Bank might like to send a gentle message as to its possible OCR track by formally changing the date when it may cease purchasing new paper.

"This could act as a soft-signal as to when the RBNZ thinks it might want to have the option of raising the cash rate."

Earlier RBNZ OCR forecast - wrong again. Was going to be flat until 2023. Look now gone from 0 to 50% chance in August. Essentially what others have been forecasting for months.

He actually said O for Olsen.

Economic fundamentals and common sense would dictate a raise to the OCR now, on July 14th. The only reason for not doing so would be not to scare the markets. In any case, be it now or November at the latest, it will happen.

Suspect it's already priced in by the banks when you look at 8 month TD and interest rates.

What happens when OCR goes to 1%. I think it's still very low to have any material impact on how housing market is going. RBNZ has really screwed the young and elderly both at the same time with their policies. Young can't buy as house prices have gone beyond their limit. Any older people who had money in bank, have the value of their money reduced by 10-15%. I am really struggling to understand how could any intelligent government let that happen?

OCR at 1%. What are you, some kind of anarchist?

I think it's coming.. All the pigeons can close their eyes but cat is on the way.

Falls below 2% makes no more difference according to Cullen

Anybody remember that scene in trainspotting when spud has his accident in the bedsheets.

Then Labour watches the prospect of all the future taxation evaporating.

Classic. Agree it should/needs to happen but that's been the case since 2008. Central banks have protected global debt over everything else. And the mess is worse, far worse. Who are the winners again for global debt enslavement...?

Let them eat cake, that spud messed up on.

Shipping is temporary but other inflationary feature are more permanent. For example we have passed "peak workforce" now in the developed world and are on the downwards leg with labour scarcity likely to be a new normal: https://data.oecd.org/chart/6pVh

More people consuming and fewer producing means increasing CPI and reducing GDP. It will also mean assets, like residential housing, will eventually be revalued (once RBNZ can no longer support the OCR.) In addition a lot of the low hanging fruit of automation have now actually been picked, there are still some chunky ones out there (e.g. driverless commercial vehicles) but given that we don't yet have a pilotless cargo drone which would be far easier technically it may be a very long way off.

These economists need to accept the obvious -that we’re on exactly the same trajectory that Japan, and then Europe followed. When you’re in the ultra-low rate ghetto, you don’t leave.

Japan solved their housing crisis by getting rid of zoning and reducing many other bureaucratic restrictions. They also did increase interest rates. And the moment the trajectory of rates went from down to up, their prices crashed.

Can you please provide a chart showing this?

AFAIK, Japan solved their housing crisis by having an enormous collapse in the price of their property market, followed by decades of negative population growth.

Rates would have to go up at least 200 points (and filter through to mortgage rates hitting 5%) before the amount of money spent on mortgage interest payments gets back to 2016 levels ($15bn pa compared to $10bn in 2021). Houses prices will carry on increasing because they can.