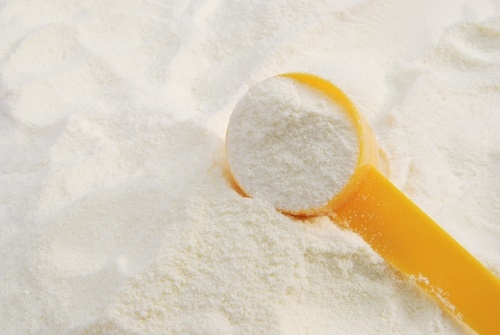 Fonterra's under yet more pressure with its milk price forecast for the current season after global dairy prices fell again - and by more than expected - overnight.

Futures trading had suggested another fall was likely in the latest GlobalDairyTrade auction. But in the event the 7.4% drop in the GDT Index was more sharp than had been indicated, with weakness across the range of products.

The key Wholemilk Powder (WMP) price retreated a further 10.4% to an average US$1942 per metric tonne. WMP prices have dropped by 15% since the start of the year - at a time when Fonterra had been hoping for them to pick up.

Of great concern would be the fact that longer-dated WMP contracts were particularly weak, with both the June and July delivery contracts shedding 13% in the latest auction. The longer dated contracts tend to be a good pointer toward future direction of prices.

The latest auction outcome must now start to raise the spectre of a third consecutive poor season (IE next season) for farmers.

The WMP price is now some 30.9% below where it was in October 2015 after there had been a sharp rally following an early August trough in the WMP price of just US$1590/MT. The current price is still some 22.8% higher in American dollars than that lowpoint, while for comparative purposes, it is worth throwing in that in August the NZ dollar was worth about US65.5c versus around US64.8c today.

The dairy giant last week pared back its forecast milk price for farmers this season to $4.15 per kilogram of milk solids from the previous estimate of $4.60. But even this lower forecast now starts to come under threat from the continued slide on the global markets. See here for the full dairy payout history.

AgriHQ dairy analyst Susan Kilsby conceded that the GDT prices had been "even weaker than the market expected".

"It is unlikely we will see a recovery in the markets until late 2016,” she said.

ANZ senior economist Mark Smith said the price action at the auction was weak, with the upward sloping curve for WMP "now no longer evident".

"At this stage it is difficult to see an imminent turnaround in prices and it places pressure on Fonterra’s (already downwardly revised) milk price for 2015/16 and will weigh heavily on the opening milk price forecast for 2016/17," he said.

ASB rural economist Nathan Penny said ASB economists had now lifted their milk production forecast for this season to 3% below last season from their previous view of 6% below.

"Earlier fears of a summer drought, owing to the strong El Niño weather pattern, have largely receded. With shock-effect of an El Niño drought largely removed, the risk is that global production may hold higher for longer than previously thought," he said.

"As a result, we place this season’s and next season’s milk price forecasts under review."

"However, the ongoing price weakness increases the downside risks to this forecast and next season’s as well.

"...Meanwhile, this result reinforces our [Official Cash Rate] view; we expect two further cuts in June and August this year, taking the OCR down to 2% from 2.5% currently."

"But perhaps even more importantly, it also throws our $5.20 milk price forecast for 2016/17 season firmly into the spotlight. While there is plenty of water to go under the bridge between now and the end of next season, our 2016/17 farm gate milk price forecast assumes WMP prices average around $2400/tonne. But with WMP prices just $1952/tonne after last night’s auction, these levels currently look some way off."

The bankers will be scratching their heads

On Dec 15 the Ministry for Primary Industries said "We expect dairy revenue to recover in 2016/17 as whole and skim milk powder prices rise due to renewed Chinese demand for exports, New Zealand production increases, and exchange rates remain favourable for our exporters."

Written on that site a week ago:
"At that micro level, for my own 600 cow dairy farm cashflow for the period through to the end of June has fallen 19% or by $83k; for the period through to September the cashflow reductions are a further $23k. We have required further bank support this year to fund some minor capital spend plus part of the cashflow deficit but overall our budget had been looking good with a planned nil overdraft by year end. Now that looks like a $100k deficit and further pressure on next year's budget*. We are absentee owners and have costs down below $4/kgms on a self-contained system which we are happy with - but even with an improving situation in 2016/17 we'll have to mind our expenditure very carefully."

There are still people farming with expenses of $6/kgms or more who will be loosing far more money than that.
They would have to significantly change their farming systems to lower their costs, and many farmers seem reluctant to do that because Fonterra keeps telling them the price will go back up again next season.

I think if Fonterra admitted that there was no indication that prices will be more than $4 next season then we would see some drastic changes happening and far more farms on the market.

I disagree that Fonterra has been saying that payout will go back up again next season. Farmers need to attend meetings rather than rely on MSM to get their information. Talk to Fonterra Councillors and Directors - yes it takes time, but to not become as informed as you can, could cost you your farm. Apathy has been alive and well among a large number of farmers. The younger ones get my empathy the older ones do not.

Fonterra are restricted by DIRA as to how they can announce payout predictions. Farmers need to listen carefully to the words JW says such as in his last announcement he alluded to further downward pressure on payout in the future. If you listened to that you would take from it that a further dropping in price is likely and change your budgets accordingly. There has been a paradigm shift in dairy and some farmers need to accept we are in for a tough 2/3years ahead and need to plan accordingly for it. Better to budget at $4/kg and get $5 than the other way around.

Be interested to see the charts here updated http://www.myfarm.co.nz/aboutus-n

The Banks will be very concerned to see today's results. They are already very worried about their farming customers who are stretched financially. Watch out for more receiverships. And there will be a certain amount of attempted sales where the Banks have asked the owners to sell the farm in order to avoid the consequences of a mortgagee sale.

Especially now the talk is of a structural problem rather than cyclical one.

AndrewJ - 285 farms now listed for sale and 67 since November - how do those asking prices look to you AndrewJ. Do you think banks have put the pressure on resulting in the farms hitting the market?

Be interesting to track this category and watch how high the inventory for sale goes. So 285 for sale 3 Feb - what will it be by 3 April?

Or will the Chinese buy up 300 farms so they can feed the masses now the one child policy has been reversed?

I think that many of the new conversions are in trouble as is anyone in the new irrigation schemes.
The banks let go of the purse strings and encouraged spending in increased production even though much of the new production required very high payouts.
It will be more about the banks than the poor old farmer.

You can see the drop in confidence by the fact that most new lostings do not have a price and are not going to auction, most are listed as by negotiation now which is a sign of a weakening market.

Clearly we should be doing a lot more with our milk than just selling it as WMP. I bet Lewis Rd Milk, Green Valley Milk and Puhoi Valley are having no such problems

thats the problem with the whole industry fonterra dominates with 90% so their strategy affects everyone.
the others concentrating on highh yeilding products are still doing well but their suppliers are not as it has driven down the price for all

You would think so, but apparently Fonterra has to take whatever is produced. It's in the legislation I'm told.

That comment would infer that fonterra is tied and hasn't pushed for more milk , but I'd remind you that on of its three current strategies is in fact Volume. They are actively out there touting for more milk with their company Mymilk and have even paid over the odds, double the next bid, to procure the supply from New Zealand Dairy. Remember they had a strategy of increasing supply by 4percent year on year.

Lewis Rd may be having some issue with competition from Puhoi?
http://theregister.co.nz/news/2015/09/crying-over-copied-milk-lewis-roa…

Yea but. Fonterra have failed to increase their proportion of value added products in the last ten years. In the last two they have added big new driers at edendale, Pahiatua and Darfield (masive). Their eye has been very much on WMP.

Not all the plants construction are for WMP increases

The only way that prices go up is if producers are forced out of the market - this is the golden rule of commodities - as the Australian miners are finding out. Fonterra seem to have a naive belief that it will be others who drop production to save the day but the real risk is that NZ Farmers are forced out first.

I know someone who knows people in Fonterra and and they were telling him they thought the price would go down to $3.60.