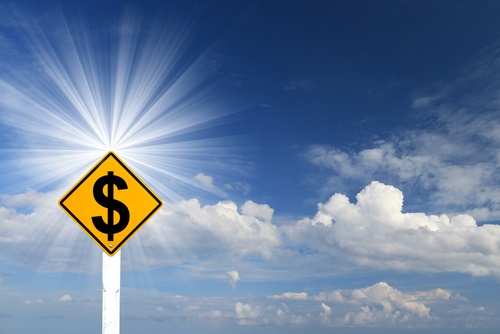 The forex market landscape and the outlook has changed dramatically for the Kiwi dollar over this past week.

Three developments; namely the US/China trade talks, the Fed’s handling of US interest rates and local GDP growth numbers, have combined to propel the NZ dollar sharply upwards from the 0.6500 low to 0.6590.

The three factors seem likely to generate further gains for the Kiwi dollar over coming weeks.

These forces are inter-related, as if the trade dispute is resolved, the global economic outlook will be more positive, which is very good news for the NZ economy.

If the trade talks fail once again, the global and thus the US economy will be weaker, and the Fed may need to be more aggressive with their interest rate reductions.

In an abrupt and bizarre turnaround from previous statements/threats over recent weeks, US President Donald Trump initiated a telephone call last week with Chinese Premier Xi Jinping in an attempt to get the US/China trade talks back on track.

The leaders of the world’s two largest economies will have an extended meeting at this week’s G20 meeting in Osaka, Japan.

Additionally, the US and Chinese trade negotiators will meet beforehand to obviously address the problem areas that caused the talks to completely break down last month.

One reading of why Trump would suddenly change his stance and attitude towards the Chinese is that recent political opinion polls in the US have recorded falling support for his re-election next year due the tariffs and threats of tariffs damaging the US economy.

More than anything else, Trump is motivated by his own popularity as the saviour of the US economy.

He may have finally realised that a disruptive and prolonged trade war would be negative for his re-election chances. Hence the olive branch to the Chinese to re-commence the trade talks.

Another interpretation of the desire to meet and make progress on the trade talks is that there have already been concessions and compromises made between the parties, as it is unlikely that Trump and Xi would have agreed to an extended meeting in Japan unless they could both stand up at the conclusion of the G20 and grandstand a truce and a pathway to a trade agreement.

Both leaders would not have agreed to the meeting if there was a chance of another bust-up. Something positive has happened in this respect that we have not been told about.

The financial markets would certainly respond to positive progress in resolving the trade wars by buying the NZD and AUD. Both currencies have been sold-off over the last 12 months as a world of retaliatory tariffs reduces export market access and global demand – both bad news for export economies such as ours.

The US Federal Reserve’s FOMC meeting last week has seemingly paved the way to for interest rate cuts over coming months as inflation continues to track below target and other economic indicators soften.

There is no question that the trade/tariff dispute has reduced business confidence and investment in the US, and this is now coming through in the official economic data.

The US employment market has been strong to date, however the much lower than expected 75,000 increase in jobs during May could have signalled a turning point as business firms hold back on expansion plans.

Another two months of weaker employment growth will certainly convince the Fed to ease monetary policy by cutting interest rates.

The Fed did deliver to prior market expectations with the tone and change of wording in their meeting statement.

The US dollar has weakened since the Fed meeting, losing considerable ground against the Euro from below $1.1200 a week ago to $1.1370 at the time of publication.

The EUR/USD exchange rate has now more convincingly broken out of the downtrend line the Euro has remained below since $1.1800 a year ago. Further Euro strength/US dollar weakness appears likely from here, particularly if the G20 meeting delivers progress on the trade talks.

The standout feature of the GDP growth figures for the March quarter released last week was what was not in the numbers.

The large and dominant primary and services sectors were both flat over the quarter due to weather conditions and a slowing real estate market.

If the New Zealand economy can expand by 0.60% over a quarter without agriculture, forestry and fishing increasing, it does suggest there is an underlying strength that augurs well for the future.

The Kiwi dollar jumped up on the result as it was above consensus forecasts of +0.50% and well above the +0.40% RBNZ forecast.

Looking ahead, agriculture, horticulture and forestry sectors are all enjoying favourable commodity prices, therefore production can be expected to increase a lot more than what was seen in the March quarter. An annual growth rate of +2.50% for our economy (although lower than the 3.50% increases of recent years) is still relatively impressive measured against everyone else and amidst a global environment of trade/tariff uncertainty.

Local exporters have had another bite of the cherry to load-up on forward hedging at 0.6500. Those exporters waiting for the lower 0.6200/0.6300 levels forecast by some banks (which can only be based on a forecast stronger US dollar value) may have to re-assess their strategy as the USD itself has started to head the other way.

Interest.co.nz shouts down the office hallway one winter morning:

“Hey Rodgy! Can you come up with something to try get people buying Kiwi? Just some usual positive comments that you usually do, you know the ones, script number 2 from the playbook.

What’s that? Nah mate doesn’t matter what it is just throw in 3 things that don’t really correlate to anything in the currency markets.

Sorry Rodg what’s that? can’t hear ya? Nah we don’t know what’s happening in China either, just make some shyt up and get down here, the soccer is on.

Oh and Rodg! Make it ambiguous if you could, and talk around things rather than giving details or charts or a proper explanation, always get more comments when you do and that’s what it’s all about.

How many migrant workers do you think we have who would split the country if their wages (used to support family back home) fell 20-30%. Not many I would think, impact on productive sector would be enormous, housing (even if many are living in shared hovels) would have a lot of pressure taken off.

What a predicament for the RBNZ, cut too far and people could actually decide to depart. I wonder how many are really here for the long slog? And if the weaker dollar were to bring ex pats home ... will they want to dig roads, pick fruit and squeeze tits?

Roger is a hero, we got to get behind him and try and paper over the cracks!

Trump: where do I start.
Commentators do not get him.
He winds up opponent and attempts to bully.
Like the Aesop fable, the man wrapped the coat around him more when wind blew, trying to get it off.
There will be no agreement.
Xi and CCP as well s Iran, cannot afford to be seen to lose face.
Trump is not stupid and does not play by previous rules of economic power or political elites.
USA does not need EU and Arab oil as much as it did and Trump knows this.
He is also used to defaulting and alluded to it pre election but no one took it seriously .
More printing, more evasion, more pumping housing market for rich folks (except in NZ where they have had their legs cut off by legislation)
In response to the DGM suggestions to anyone who looks reality in face and states it, I have Pollyanna speak, which is about all we get from media.
Sorry, but 99% of commentators ASSUME hat China can manage its horrendous debt exposure and leverage and corruption. And that therefore NZ is safe. And that also Australian housing market has "bottomed" and will magically improve as RBA scrambles to get more fools to buy falling market.
When world gets short of funds, no one is going to buy NZ dollars and weaker dollar means inflation.
No one seems to be talking about it much but GDP has gone form 3.5% to 2.4%.
Of course magically and for no reason, it will go back up next year (always jam tomo)
Housing market leads a boom and mania, Auckland led that. Sales over $1m led that.
Sales over $1.4m in Auckland are down 42% in first 5m of 2019 and it is far worse than early 2017.
This means large drop in on-connected sales in furnishings etc.
That means less demand. Less velocity of money means less growth.
Which means NZ dollar will fall.
Smell coffee folks

Hi mk
Some very pertinent comments regarding Trump.
"Trump is not stupid and does not play by previous rules of economic power or political elites."
"He winds up opponent and attempts to bully."
His background was autocratic, egocentric, confrontational and aggressive, unconventional, and prone to bluster and threatening bullying. He brings exactly the same behaviours to his current role creating a fallout of volatility in global politics and economy. Anticipating what Trump will do makes the short and medium term consequences so difficult to predict.

Not sure the NZD / USD rate matters much. Trade is predominantly with China and Australia so these are the rates we should watch.

What currency do we import fuel in?

You do realise the Juan is pegged to the dollar?

Gee this is a bizarre commentary - always about why the Kiwi Dollar is going to rally - nothing about:

Now the Kiwi might rally and rally hard for some of the reasons that Roger noted - however, nothing about the risk to NZ and how some indicators are tracking down?

If you utilizied his advice for a hedging strategy - all I can say is good luck. Based upon his advice - they would have hedged at .68/.69 and now wearing significant losses.

Caveat Emptor with Roger I think.

All systems Go!
Roger that.

.09 seems well withing the 'noise' range. Not sure it's enough to hang ones' hat on.