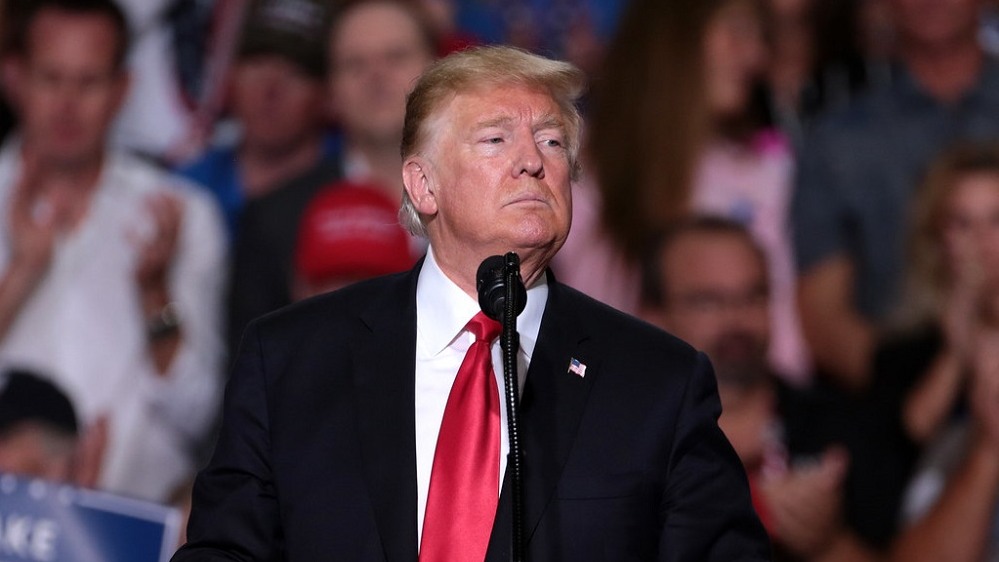 The Kiwi dollar appears to be holding its own just above 0.6400 against the US dollar since the surprise 0.50% cut to the OCR interest rate by the Reserve Bank of New Zealand on 7th August 2018.

The RBNZ has come under some criticism since from local business groups for not only startling the markets, but also potentially causing further unnecessary loss of confidence as they seemed to be signalling that there was extreme danger ahead for the NZ economy.

The reduction in interest rates was designed to stimulate business investment through a lower cost of debt funding.

Unfortunately, it is solely the uncertainty caused by the global trade wars that is holding back business investment over the last 12 months, not interest costs.

The New Zealand economy in expanding at an annual 2.5% growth rate has performed admirably in the face of the disruption and uncertainty brought about by the China/US trade and tariff stand-off.

How the NZ economy (and thus the NZ dollar value) performs over the next 12 months is totally dependent on whether the US and China can reach an agreement on trade.

The global economy is really on a knife-edge as already the UK and Germany are on the verge of economic recession and a prolonged continuation of the trade wars will cause further contraction in economic activity around the world.

The NZD/USD exchange rate was halted from rebounding above 0.6500 last week as a weak NZ manufacturing PMI survey result and a stronger USD against the Euro (to $1.1100) pulled the Kiwi back down.

Instructively for the NZ dollar’s future fortunes, there are early signs that the penny may have dropped for Donald Trump that his instigated import tariffs and tit-for-tat trade war with China is not benefiting the US economy, in fact it is doing severe damage.

He has postponed the latest tariff increase from 1 September to mid-December and called banking leaders when the US equity market was plummeting last week to get their view on how household consumers were doing.

The reply was that they would be doing much better if there were not massive uncertainties in the productive part of the economy due to the trade wars.

The chances are now improving that President Trump will finally start to heed the advice of his Treasury Secretary Steve Mnuchin and Trade Representative Robert Lighthizer who view the escalation in the trade wars as counter-productive and hurting the US economy and thus Trump’s re-election chances next year.

To date, Trump has followed the direction of hard-line White House trade advisor Peter Navarro and taken a confrontational and provocative trade stance against the Chinese.

It was only a matter of time before Trump realised that his bullyboy negotiating tactics would not work against the Chinese, who are very happy to play the “long-game”. There is no question that any news that signals progress on achieving a trade agreement between the US and China will be positive for the Kiwi dollar and Aussie dollar from current lower levels.

It was expected that generally weaker US economic data would cause the US dollar to weaken back against all major currencies as the chances of further interest rate cuts by the Federal Reserve increase.

That expectation received a knock-back last week with stronger than anticipated retail sales data in the US for the month of July. It will require much weaker US employment numbers to convince the Fed to be more aggressive on interest rate reductions.

Focus over this next week will be on the annual jamboree of central bankers in Jackson Hole, Wyoming wherein Fed boss Jerome Powell has a tricky communication challenge as to how they (the Fed) will react to deteriorating global economic conditions.

Until recently, almost unanimous negative forecasts on the outlook for the Australian economy and the AUD were behind the performance difference.

However, over recent months higher Aussie export commodity prices, a turn in their residential property market, income tax cuts, strong employment growth and government infrastructural spending are all behind a significant improvement in Australian economic data.

Massive monthly overseas trade surpluses will deliver Australia its first Balance of Payments Current A/c surplus since 1975 (data release for the year to 30 June is on 3 September). Both currencies have been under downward pressure from the China/US trade wars. However, looking ahead, the Australian economy is set to out-perform the NZ economy, resulting in the AUD out-performing the NZD against the USD, thus a lower NZD/AUD cross-rate.

A resolution of the trade wars would see the AUD appreciate further and faster than the NZD against the USD. Trans-Tasman currency speculators who have been long NZD/short AUD over the last year will now be seeking to close and reverse their profitable exchange rate bets i.e. selling the NZD/buying AUD.

From a technical/chart perspective, any NZD/AUD movement below 0.9470 breaks the uptrend line that has held for the last 12 months (refer chart below).

The NZD/AUD cross-rate has already pulled back to 0.9480 from above 0.9700 on the 6th of August. Movements lower to 0.9200/0.9300 are expected, with the wider 0.9000 to 0.9700 trading range of the last five years yet again holding firm. AUD exporters who are running out of hedging may finally have relief in sight, whereas AUD importers have had ample opportunity to load up on hedging above 0.9600.

”Unfortunately, it is solely the uncertainty caused by the global trade wars that is holding back business investment over the last 12 months, not interest costs.”

Pretty broad brush statement, not sure it is substantiated. Global trade wars may be a major factor, but I wouldn’t say it is the only thing. NZ employment relations changes come to mind as one of many contributing factors.

Is there any data on how the global trade has shrunk after the start of the recent trade wars ?

Yep, this guy has some pretty good graphs on it. It's a long (but worthwhile) watch: https://www.youtube.com/watch?v=V7zEXiqiiqA&feature=youtu.be&fbclid=IwAR...

If Roger ever becomes negative on the NZD/USD it could mean one of two things... It's going sub 40 or to parity...

Will NEVER happen. Rog loves the NZD, it could fall down the drain and he would till be waving his NZD pom poms.

I'm surprised GBP/NZD is at 1.89 atm, i would have expected with the recent UK economic contraction and continued political shenanigans that NZD would have been stronger.

I quite agree. Though I'll hold off for 31st October before paying my UK student loan!

Apparently, markets are so excited at the very prospect of the vote of no confidence/GE/blocking no-deal threat that this is bolstering the pound a little. Which means, the markets clearly think that a no-deal will be an apocalypse for GBP.

Reverse Indicator Roger says the trade war is under control...... now I am really worried.

Aud/Nzd is going to 1.0750, you can thank me later. Roger's record is almost as bad as Goldman Sachs.

That is what he is saying though right.. NZDAUD to head lower....

Had an interesting conversation with a good friend this morning. She's just been knocked back by her bank on a request to extend her small residule mortgage to do some work on her house. The best the bank would offer was a personal loan! I am very surprised as she is an A1 credit worthiness and advised her to shop around. So much for the RB's impulse into the local economy...Anyone else hearing this sort of thing?

Just the opposite 4th. Got two banks doing their best to prod us into borrowing to build.

I wonder if "us" and "she" are the essential differences?

Similar story, was at an open home this weekend for a small house in Ellerslie. Approx 1 mil price bracket. The vendor had received 4 offers, all had been accepted but had had fallen through as they were unable to get finance. The property was under offer once again, this was by a couple in their 70's who were conditional on finance again. Half cash the other half financed. I was shocked that anyone would think that was a good idea.

Roger is at least right on one thing - self interest will prevail, and Trump will reneg, at least partly.
Which I kind of think is a pity.

It would be nice to know from those who bash Trump on this matter what they think the alternative is to addressing China's large and repeated transgressions? Turn a blind eye, just as we do on China's massive human rights abuses????

Bit late mate, some of us have been expressing strong misgivings about it all for years, maybe some, decades, but they churned out cheap stuff, so like good little fools, we bought, Americans included.
Yet, Trump is wrong, he does not give a fat rat's about human rights abuses, probably fancies using one or two himself if he can't get his way. It is all about the money, nobody seems especially bothered about Bangladeshi working conditions.

Trump and America's Bottom Line is the Whole Line, from Top to Bottom.

Plunging the whole world, including the US itself, into a recession where millions will lose their livelihood will definitely teach China! I also love his other trick, setting up concentration camps for asylum seekers inside America, where he separates children from their parents, to show China what happens when they abuse human rights.

Penny's dropped, you reckon? Well, if it has it will have fallen into a black, bottomless vacuum

The westerns are fooled by Communism China, the Wall Street is focusing the short term gains. Will finally fell into the traps of Ccp. Rest In Peace all your fortunes, Ccp will confiscate all your gains today.

To digress, "It was only a matter of time before Trump realised that his bullyboy negotiating tactics would not work against the Chinese....". When I see unnecessary and derogatory terms like "bullyboy" casually inserted into a simple information piece I normally just stop reading and consign the writer to the pile of those who no longer deserve the respect or responsibility we would bestow on a true journalist. Would you have us believe that China is the whimpering victim here and that the current president of the United States should be prostrate before them simply to keep the lines on the charts appearing as the learned economists would prefer? Two world wars also caused some grief but imagine the alternative if none had fought back.