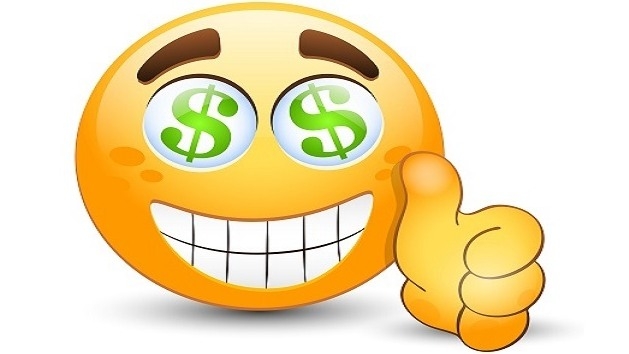 The leading theme in last week’s FX markets column was that the trade war clouds were starting to lift from over the Antipodean currencies.

The initial currency market reaction to the progress to a “phase one” agreement last weekend between China and the US was muted with the Kiwi dollar unable to post sustainable gains above 0.6300 to the US dollar.

However, as more detail has emerged over recent days on what was agreed between the Chinese and US negotiators, confidence has increased that the phase one deal will be signed off by mid-November and vastly improved cooperation/intent will shift to phase two.

Arguably, the global economic risks that have hung over the Kiwi dollar for most of the last 12 months are starting to subside.

The extreme uncertainties that have been in front of both economies and financial markets are certainly reducing in intensity.

Global investment/risk sentiment that is negative is never good for the Kiwi dollar’s direction and value, however, a shift to a neutral or positive tone does allow for gains from an under-valued NZD position.

Progress on resolving the China/US trade war has been a central plank to the view of this column for many months that the Kiwi dollar would stop depreciating and start to recover its value.

A partial lifting of the Brexit cloud has also played into the Kiwi dollar’s fortunes over this past week.

A spectacular appreciation of the Pound Sterling from $1.2500 to $1.2900 against the USD on the news that the Europeans have agreed a Brexit plan aided the Kiwi, as the US dollar weakened against most other currencies as well.

As could be anticipated, UK Prime Minister Boris Johnson has run into a snag getting his own Government to approve the agreement.

The FX markets have bought the Pound up as the risk of the worst possible outcome, a “no-deal Brexit” has significantly reduced.

A delay is now more likely and that will not be good for the UK economy or the Pound.

Local GBP exporters have had a rare opportunity to hedge the NZD/GBP cross-rate risk at entry levels below 0.5000.

Inflation by no means dead

The NZD/USD lifted to above 0.6300 briefly on a higher than expected CPI inflation increase of 0.70% for the September quarter released last Wednesday 16th October.

However, it was rapidly slammed down to lows of 0.6244 immediately thereafter when RBNZ Deputy Governor, Geoff Bascand delivered a speech in Australia stating that the RBNZ were ready to cut interest rates further.

On reflection, it seemed the forex markets realised that Mr Bascand was not saying anything too new and the Kiwi dollar rapidly recovered.

A weaker USD on global markets since this time has allowed the Kiwi to make impressive gains to 0.6385 by market-close on Friday 18th October. The USD has depreciated 2.5% against the Euro from $1.0900 two weeks ago to currently $1.1170.

Domestic prices such as insurance, rates, rents and building costs continue to increase at annual rates above 3.00%, whereas annual tradable inflation tracks below 0.00%.

The 10% depreciation of the NZD against the USD  over the last nine months is set to lift tradable inflation going forward as higher import costs are passed through to consumers.

It may not be that wise of the RBNZ to be totally sanguine about falling inflation (as they have been in the past) against this backdrop of continuing high domestic prices and rising imported prices.

An annual inflation rate moving back above 2.00% appears more likely than further reductions below 1.50%. Expected improvement in global economic conditions as the trade war risks reduce remove another deflationary influence.

The enigma of NZ business confidence

There has been a plethora of local business media articles of late attempting to explain why business confidence remains so low, whereas many parts of the economy (in the regional export hubs in particular) remain upbeat and buoyant.

A high performing NZ stock market (export and dividend stocks only) and high export commodity prices would suggest a much more positive outlook to business growth and investment.

The problem has been uncertainties and unknowns about the future from both the NZ Government and the global trade wars.

The Ardern-led Government appears bent on provoking business and farmers with legislative changes rather than building improved relations and certainty.

Offshore punters rightly observe that they cannot be confident about the future of the NZ economy (and currency) if the locals are so pessimistic. Hence the lower NZ dollar value.

The business confidence survey results have been totally wrong on the performance of the economy over the last 12 months; however perceptions are often stronger than reality.

The smart FX money will now anticipate improving business confidence in New Zealand from here as the global clouds clear. The Government’s negative influence should just be dismissed as not that relevant. Another NZ dollar negative variable is reducing in its impact.

The latest surge up in the AUD against the USD from 0.6700 a week ago to 0.6860 has it rapidly approaching and possibly breaching above the AUD downtrend line at 0.6900, that has remained in place since 0.8100 in March 2018. A significant AUD recovery upwards to above 0.7000 cannot be ruled out as the tide turns against the USD in global FX markets. 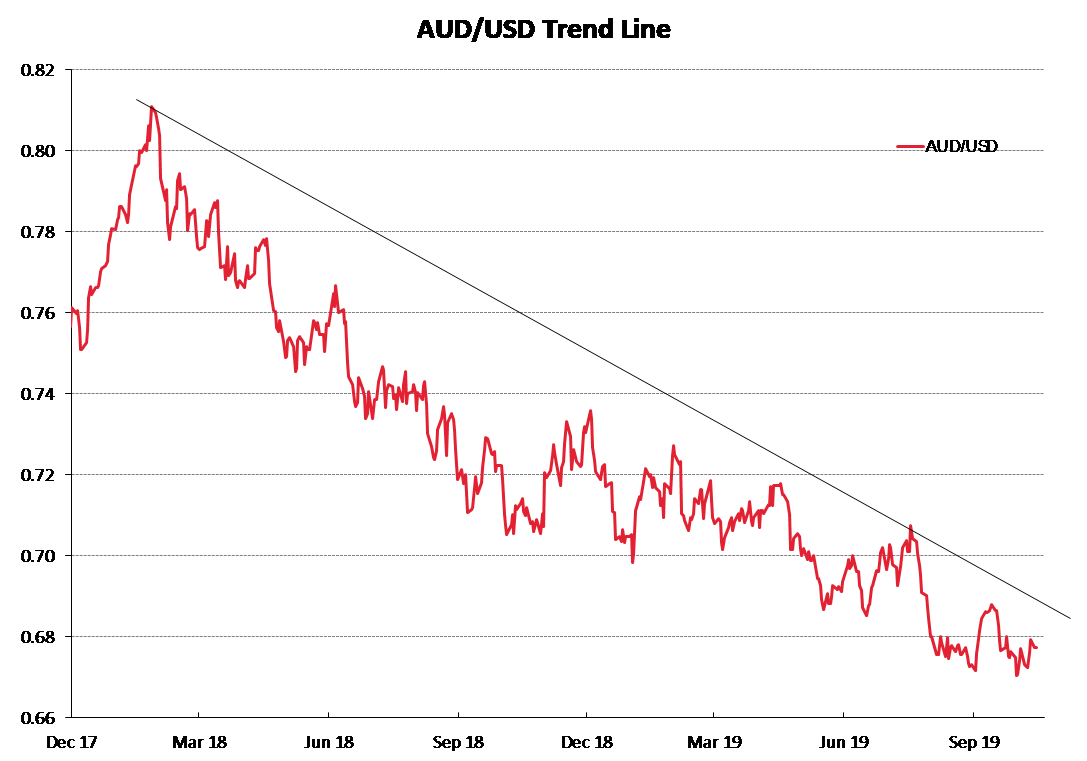 O Jesu, faith springs eternal.
NZD tied to Yuan and China is going down
NZ, outside NZ, I am afraid, is regarded as a v small fish

Farmers and other exporters want the NZD/USD cross to be lower, not higher. Our prosperity depends on
exporters, not specuvestors of currency.

And we all must bow down to the mighty farmers? What about the rest of us who need to buy things other than PKE and Diesel that are in large part sourced from overseas? Dunno about your house, but pretty much every manufactured good in our home came from overseas, or at least the source materials did. Everything from the car, the TV, the microwave, And a lot of foodstuffs.

Farmers and other exporters want the NZD/USD cross to be lower, not higher. Our prosperity depends on
exporters, not specuvestors of currency.

Why do we purposefully want to become poor by devaluing our dollar?

You may not be a nimby but you are very close to being a bimbo.
If you take the trouble to read an article in this morning's Herald, page 26, by NZ's only unbiased economic's commentator, Peter Lyons, ( because he is a salaried teacher of economics and not beholden to a bank or other private employer), you will see a very clear exposition as to why our NZD is, and has been, long over-valued.

Peter is brilliant. His pieces are always 'must reads'

peter will be getting paid for his work for the herald so it will be edited by them.

We are fed up and just need to get rid of this hopeless Government .

Three years of non -performance on EVERY election promise , more taxes , being blindsided by banning oil and gas and flip -flopping like a Gurnard on a wharf on every issue , we have had a gutsful .