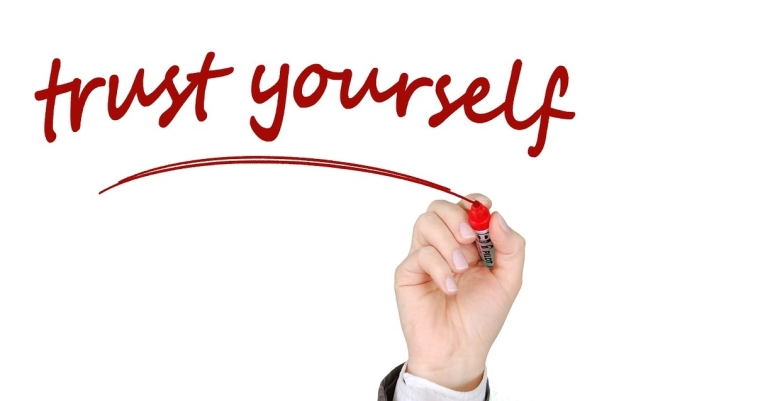 The Kiwi dollar has continued its “sideways shuffle” against the US dollar over recent weeks, hovering above and below 0.6400 as the forex market awaits fresh impetus to determine the next major direction.

Local economic and business news continues to be positive for the currency as dairy commodity prices move higher again as the Chinese swine fever crisis drives demand for protein.

Further restrictions/hurdles from the Government on foreign investment coming into New Zealand does not engender overall confidence, however no direct impact on the FX market is expected from this source.

An indication that the offshore sentiment and attitude towards the Kiwi dollar is improving is the fact the NZD has outperformed the AUD against the USD over this last week with the NZD/AUD cross-rate lifting from below 0.9300 to 0.9440. Local AUD exporters with the discipline to have orders placed with their bankers to buy NZD’s against the AUD in the 0.9200’s have been well rewarded over recent weeks with attractive hedging now in place.

The level of business confidence in New Zealand has been one of the many factors that have influenced the NZD/USD exchange rate direction in the past.

Over the last two years the NZD/USD rate has not depreciated as much as the collapse of business confidence would suggest, however it has been a negative influence.

The RBNZ finally woke up to the reality last week that actual economic activity in 2019 has not been as negative and pessimistic as the low business confidence measures have been signalling.

However, to an offshore investor or currency trader the fact that the local business community is so negative on the outlook for their own economy does not instil a lot of confidence for them to back the economy or currency.

The ANZ business confidence measure improved for the first time in a very long time during the month of October.

The November result is due for release on Thursday 28th November and could surprise with a sharp improvement in the overall index from -42 to somewhere near -30.

The potential for a more positive response could be the type of “good news” factor that acts as a catalyst to push the Kiwi dollar above its major resistance level at 0.6450.

Even Prime Minister Jacinda Ardern says that business should be more confident, however that will be taken with a grain of salt as she also stated in January that 2019 would be the “year of delivery” by the Government!

Another very positive piece of local economic data looming up as a positive for the Kiwi dollar will be the import/export prices in the Terms of Trade Index released on Monday 2nd December.

In stark contrast to New Zealand, Australia’s economic data has printed on the weaker side of late.

Employment growth during October was surprisingly weak and their banks being under the pump for poor management controls is not helping confidence.

However, the Aussie dollar has held steadfast around the 0.6800 level against the USD and has therefore weathered the storm quite well.

The stability of the AUD/USD rate tells us that the number and volume of currency traders wanting to sell the AUD down has significantly reduced. However, like the Kiwi, it will require a very positive catalyst to drive the AUD up through its own resistance point of 0.6900 against the USD.

A very important pre-condition for the NZD and AUD to appreciate from current exchange rate levels against the USD is the direction of the US dollar itself.

The EUR/USD exchange rate has also shifted sideways over recent months in the $1.1000 to $1.1200 channel with the anticipated cuts to US interest rates through the middle part of 2019 not weakening the USD currency value as it was expected to.

US economic data was trending lower several months ago (justifying the Fed’s reduction in interest rates), however the dominating services and retail side of the economy has remained relatively strong and talk of recession in 2020 has receded.

The Federal Reserve is also now “on hold” with monetary policy adjustments to interest rates as the stronger than expected jobs numbers over recent months causes them to pause.

Whilst manufacturing industries in the US have been hit hard by the tariffs/trade wars as supply chain economics are severely disrupted, the overall economic impact of the trade wars has been perhaps less on the US economy than it has been on China.

Media reports on the progress to the “Phase 1” trade agreement between China and the US suggest a “one step forward and two steps backwards” syndrome developing.

As time marches on, the markets are growing more sceptical that an announcement and signing of the Phase 1 deal can happen before Xmas.

It will be a significant positive for the NZD and AUD currency values if President Trump and Premier Xi do meet to sign a deal.

The Chinese do appear even more incentivised to compromise and sign a truce agreement on trade as the last thing they want is the global economy heading into recession. The rapid passing of legislation in the US in support of the Hong Kong protest movement will not be helping Sino/US relations, however it is not expected to disrupt the trade negotiations.

Supply of US dollars set to increase

Reports from global investment banks such as Morgan Stanley and Standard Chartered suggest that the September upheaval in US liquidity and banking funding markets will cause a previous US dollar shortage to transform into a US dollar supply glut as the Fed pumps dollars into the market.

To date the extra USD liquidity from the Fed has been absorbed by the commercial banks for their year-end related liquidity demand, however after the year-end the “dollar scarcity may turn into a dollar glut”.

Fiscal stimulus in Europe may assist with the GDP growth differential between the US and Europe closing as Euroland slowly improves.

These developments suggest a weaker US dollar in 2020 and that will be reinforced if a China/US trade deal can be consummated and the demand for the USD as a safe-haven currency reduces as global economic risks decrease. 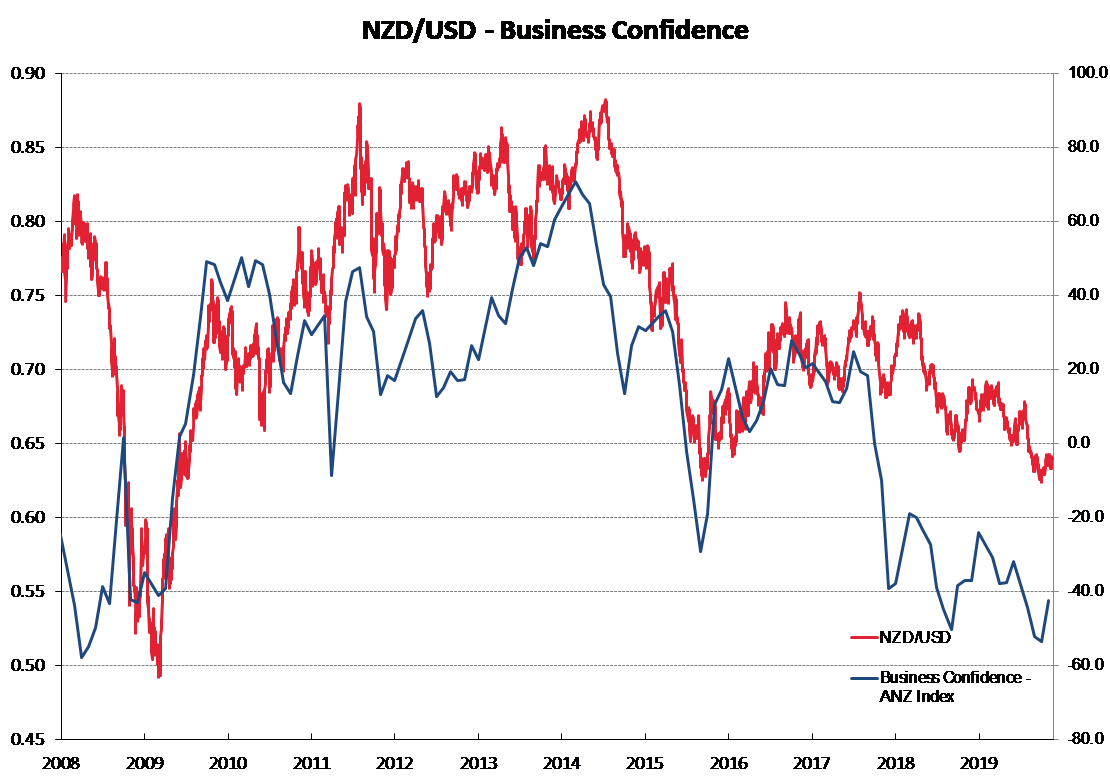 WHO is not expecting the Congress declaration on HK not to affect trade negotiations??
Who and why, thinks Eu economy will improve next year (UK leaving and Italy wants to follow and Germany in recession not withstanding?)
What has happened to Treasury forecast of 3.5% GDP growth that they trumpeted in 2017? Now 2% and falling.
None of this seems to daunt you Roger.
Neither does IMF continuing to reduce world growth forecasts every quarter.

I'm with you Mike. I did a quick check what date the National Opposite Day is observed and it's 25th of Jan, it's November so no chance of it being April Fools day either so there dosen't seam to be an occasion for what I'm seeing to be altered.
Stay calm and carry on isn't where I'm at either mate.

The beatings will continue until morale improves

We have seasonally adjusted sales for real estate. Maybe we should have protest vote adjusted business confidence numbers?

Agreed, NZ is the first country that I've been in.. and compare to other countries on this planet. That is heavily using RE & Immigration figures as a major economic indicators.

The sign on the door of my local Takeaway, says "in God we trust, all others pay Cash".
Now cash is a possibly a credit card, in some people's minds, but to others, what is acceptable to some, is not to businesses competing in the real World. Especially when the margins get tighter and I get tighter, something has to give.....Marginalization is OK, when the tourists keep coming,, the Milk keeps flowing, Governments keep spending in Cheque and the Banks are sitting pretty.....at 14 x leverage.....lending on bleedin Houses.

When all this comes to ahead, debt is just debt, with no return to the mean....... that I am in spades...I just prefer the Capital, but then I always did. Interest is fine and dandy, beano point in it in a comic cashless society, you could just add a few zeros and ones to the Balance and tip it right over into trillions and trillions more cents.....if that makes sense...so-be it.

First we need to change about money awareness to our kids/next generation is just that; about being prudent to get into loan/debt, then use it to leverage spend, spend & spend - means, we're consistent on our National wealth plan.

Don't be too tough on Roger. He's an FX trader after all. They make a margin either way - up or down - and if he can add to that then so much the better, for him. It's kinda nice to have someone doing the positive stuff on this site. Then all you negos can chip in below. We can be pretty tough on ourselves in the South Pacific.

ah come on it's only money

As a small business owner I am incredibly optimistic, the minimum wage hikes are especially exciting as are the multitude of new regulations being drafted by government AND councils. So far most are still in the early stages of development but the fact they have been written by activist advisors gives me great hope for my future prosperity.

After 3 years of this disastrous Government , flip -flopping , policy uncertainty , strikes by all and sundry , failure to get anything done be it housing , infrastructure , education or health , making stuff like policy up on-the-fly , and coalition members generally behaving like the schoolboys in a scene from Lord of the Flies , I cant wait for the opportunity for us to rid ourselves of this awful Government