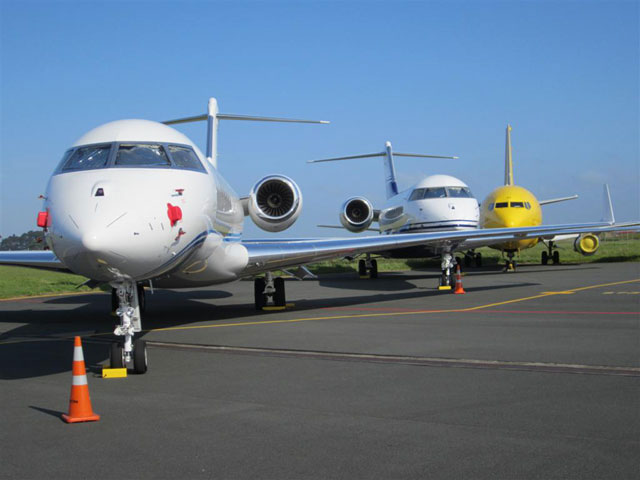 “Shutdown” and “lockdown” are rapidly becoming the natural state in all communities as countries around the global struggle to contain and control the Covid-19 coronavirus pandemic.

The implications for economic activity are immediate and real, particularly in respect to travel, tourism, hospitality and entertainment sectors. The effective closing of borders is always going to lead to a significant economic shock, the extent and time period of that shock is what the markets are attempting to price every day and that is proving very difficult, thus the extreme market gyrations.

Responses by foreign exchange markets to the current and likely future (that is what they do!) economic conditions have varied wildly creating unprecedented volatility in daily exchange rate movements.

The NZD/USD rate plummeted more than three cents on the afternoon of Monday 9 March from 0.6350 to a low of 0.6015 when the open on Asian markets caused a “flash-crash” in the Yen and Aussie dollar. As fast as the exchange rate fell it reversed back up again and climbed four cents to reach 0.6450 later that same day.

The Kiwi dollar appeared to be finding some support and stability over subsequent trading days as the US dollar itself weakened on the 0.50% emergency cut to US interest rates by the Federal Reserve. However, over the course of this last week it became increasingly apparent that Europe was now the epicentre of the pandemic with Italy recording new coronavirus cases at a rate rivalling the initial Chinese outbreak in Wuhan. As a result, the Euro could not sustain its gains to $1.1400 against the USD and it has weakened back to $1.1100.

The recovery of the US dollar over recent days has instigated another sell-off in the Kiwi dollar from the 0.6300 area to 0.6050. The downward pressure on the NZD and AUD comes about as both currencies are regarded as “growth” currencies and when global investment and financial markets move into the “risk off” mode as they have done over the last six weeks, our currencies suffer.

In the short-term the Kiwi dollar looks set to remain under downward pressure. The likely foreign exchange market response to the NZ Government’s move on 14 March to isolate all people coming into New Zealand for 14 days will not be positive.

Tourism, business travel and sporting fixtures will all be largely cancelled until further notice. Further depreciation to below 0.6000 seems likely, however those losses may be short-lived if and when the USD re-commences its weakening trend. It is a moving feast and firm views one way or the other are impossible to hold.

Several FX market commentators are comparing the coronavirus event risk as identical to the Global Financial crisis (“GFC”) of 2008/2009 when the Kiwi dollar was sold down to a low of 0.5000 against the USD.

The significant difference to the GFC period is that world trade stopped in 2008 as there was no cash from banks to finance it. As a result, all commodity prices collapsed, and the Kiwi dollar followed them all the way down. Whilst we do not know at this point in time how long the coronavirus will cause a sharp downturn in economic activity, import/export trade continues (albeit with some recent disruption) and the global banking/financial system is functioning (unlike the GFC period).

The interesting comparison to the GFC period more than a decade ago is that the Kiwi dollar after plunging to a low of 0.5000 in 2009, recovered immediately and dramatically to 0.7500 within 12 months as the Chinese saved the global economy with massive fiscal expansion/infrastructure spending.

Aiding the Kiwi appreciation at that time was rising commodity prices (Chinese demand) and a significantly weaker US dollar as they embarked on monetary policy quantitative easing (printing money). The probability of a similar pattern occurring in 2020 may be considered low right now, however it should not be ruled out. Unlike the Americans, the Chinese government does have the fiscal firepower available to it to restore their economic growth.

Australia and the UK have acted earlier and more decisively with massive Government fiscal packages to keep their economies and consumer spending going through the crisis period. The US and New Zealand have been slower to announce economic policy measures but are now doing so. The NZ business community awaits assistance announcements from Finance Minister, Grant Robinson this week.

The New Zealand Government’s restrictions on inbound travellers appears draconian and may have a political element to it as the PM again seeks favourable global media headlines. Over recent weeks most counties around the world have been temperature testing all passengers as they enter, it was very surprising that New Zealand wasn’t, and it has now shifted from cavalier to draconian! It will be interesting to see if the Australians follow suit over coming days.

Shipping/freight industry sources indicate that Chinese import/export volumes are rapidly returning to normal levels as the factories gear their production back up again.

New Zealand’s food export markets still need the volumes of product we ship out and in this respect our economy is less vulnerable to a severe recession than others. Hospitality (hotels and restaurants) and entertainment are a large part of the US economy, thus the adverse economic impact on the US is more pronounced and requiring greater fiscal and monetary policy responses.

US interest rates will be reduced again at the next Fed meeting this week on 17 and 18 March. New Zealand’s OCR rate is widely anticipated to be cut by 0.50% by the RBNZ on 23 March, however that is not fresh news and should not be negative for the Kiwi dollar’s value on the day.

The 15% depreciation of the NZD against the USD since January will cause tradable inflation (imported goods) to increase in the second half of the year. Therefore, monetary conditions are already substantially looser through the exchange rate depreciation and interest rate changes are unlikely to have any stimulatory impact.

Upcoming economic data releases measuring activity prior to February will be largely ignored by the financial markets as coronavirus news takes precedence. Therefore, NZ GDP growth figures for the December quarter on Thursday March 19 reporting a 0.50% quarterly increase will pass without market reaction.

Dairy commodity price changes from the GDT auction results on Wednesday morning will be watched with interest as soft commodity (food) prices have not reduced as much as hard commodity prices.

Amidst the mass hysteria and panic around the globe over the coronavirus it is not surprising to see reports of New Zealand being seen as a safe, secure and remote “bolthole” for wealthy families. The number of private jets landing in Auckland and Queenstown over coming weeks may be another lead economic indicator to monitor!

It’s all well and good for the wealthy to rush down to NZ. But what they haven’t factored in, is our health system is already starting to strain with just 8 confirmed cases of Covid 19. What happens when there are 5000 ill Kiwis. Even their wealth will not enable them to jump lines if they get crook.

A few private jets landing in Queenstown and Auckland is not going to help NZ at all. Everyboby has to accept we are going to have a recession and some price corrections along the way which may in the long run be good for the average Kiwi.

Outlook must be bad with the OCR cut ahead of schedule. House prices will def be on a downward slope and I would say auctions will now be rare except for mortgagee sales which will be drip feed on to market at first.
Anyone buying now needs to make sure they factor in a 10-20 percent price drop.

To be fair, the stopped clock was correct for about a day last week! (insert ROFL laughing emoticon here...)

You are one of the people with myopic vision. Your comments on NZ being draconian and suggesting it is out of line means you have not given credence to the news coming out of Europe who put in no such measures early enough. Shame on you. You will find all countries following suit. They are not going to have a choice. Do it now and the recovery will be earlier. Jacinda just had the balls to make an undesirable bold and yes, consequential decision, before her peers. Drop the politics for a more reasoned approach Roger. She is smarter than you.