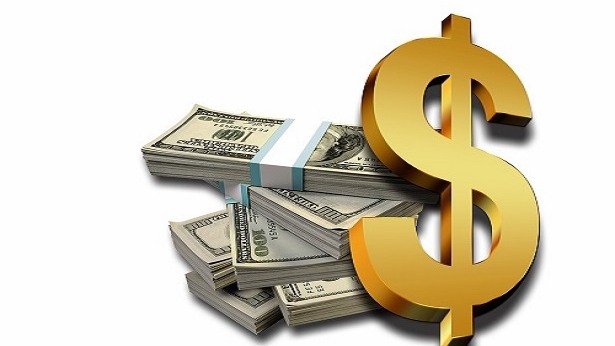 The preferred view on the short-term NZD/USD exchange rate direction from this column over recent weeks has been that a downward correction from the 0.6600 level was likely, due to: -

What has occurred in the forex markets over the last few weeks is that the weakening momentum in the US dollar itself (for a host of good reasons) has outweighed all of the above variables that were expected to produce a pullback in the NZD/USD rate to the 0.6400 area.

The Kiwi traded to a high of 0.6685 on 23 July on the back of concerted selling of the US dollar against all currencies.

The USD sell-off against the Euro commenced from the $1.0800 point in early May and has intensified in recent weeks as investors around the world shift out of the USD on the basis that the US economy has been hit the hardest by Covid-19 and is struggling to recover.

Therefore, a sharply higher NZD/USD rate is all about the depreciation of the USD, nothing much to do with the New Zealand side of the currency pair.

Whilst the New Zealand economy is recovering earlier and stronger (as this column expected) from the pandemic shutdown, the RBNZ will (being true to their past form) still be very cautious and suspicious about the economic outlook when they deliver their Monetary Policy Statement on 12th of August.

Global economic conditions will be challenging, and they will have concerns about job cuts and company failures impacting on consumer spending once the Government’s wage subsidy ends on 1 September.

For these reasons the RBNZ is likely to continue their pre-emptive monetary policy management and increase the LSAP amount from the current $63 billion to over $90 billion. In all likelihood they will not have to actually use any of the increased amount to support the economy, however they see less risk with that occurring than finding out later they should have moved earlier with the increased QE.

The RBNZ have been very consistent over the last two years in both jawboning and taking action to force the Kiwi dollar lower as they see a weaker currency as being more helpful for the economic recovery. As we have stated previously that approach ignores the fact that USD exporters hedge forward their currency risk for multiple years and thus have their profits protected.

On the day of the RBNZ statement, the NZD/USD rate will likely be sold off one or two cents as the markets react to the increased monetary loosening.

However, it is futile for the RBNZ to even attempt to control the NZD/USD value when it is the USD side of the currency pair that is causing the higher exchange rate.

Apart from dairy commodity prices increasing over recent weeks, there has been no other positive NZD factors to cause the sharply higher NZD/USD exchange rate. It is all about USD weakness.

Surprisingly, FX market reports on the Kiwi dollar produced by local banks and brokers rarely includes analysis of likely future USD movements against all currencies, yet it represents half of the exchange rate and cannot be ignored.

No-one is calling it a second wave of Covid-19 smashing the US economy, however that appears to be what is happening as the US pay the price for underestimating the voracity of the infectious disease, were not cautious enough and re-opened too early.

Latest weekly employment numbers in the US indicate that the previous improving trend with jobs has started to turn the other way.

The full July jobs report (Non-Farm Payrolls) is due for release on Friday 7th August and the increase in jobs may well prove to be somewhat less than the current consensus forecast of +2.2 million.

The Trump administration continues to blame China for all their problems, however their cycle of confrontation with China is all about attracting votes in the upcoming Presidential election and nothing much to do with the economy.

The largest risk for local US dollar exporters was always about a paradigm shift in the value of the US dollar itself and that is now happening.

The US dollar no longer has an interest rate advantage over the Euro and the internal Government budget deficit has blown out to 14% of GDP.

The US economy requires a lower currency value to attract in foreign capital to finance their massive deficits.

The rationale for a short-term pullback in the Kiwi dollar to 0.6400 still holds, however the medium to longer term outlook of a much weaker USD propelling the NZD/USD rate to 0.7000 and above remains as our central view.

Also, keep an eye on this https://www.independentreserve.com/

@Roger J Kerr .......I have been going on about this for weeks if not months on this forum .

Contrary to your views , I have consistently said I expect the US$ TO WEAKEN and by default the Kiwi$ to strengthen. ( against the US$ SPECIFICALLY )

Ignore all charts and graphs and economists nonsense , just consider the FUNDAMENTALS .

First off , we still have positive interest rates . There would be no incentive to hold Kiwi$ if we had zero, close to zero or negative rates

Unlike Aussie , we have little dependancy on mineral commodity exports which are exposed to sudden price fluctuations , and Chinese manipulation as the dominant player

We export food , which , no matter how sick you may be , you still need to eat.

We have almost no covid cases , we are stable, living within our means, and the economy is holding up without debasing the currency through QE

Unlike many similar sized economies we have not had to go cap-in -hand to the IMF in the past 3 months , we have smacked Covid and stayed solvent

The US economy will not collapse , but its going to have a torrid time in the next year or so .

Expect China to act to sell or reduce its US$ holdings , further putting the US$ under pressure

Our Kiwi$ is holding up on strong FUNDAMENTALS , the US is all over the place, and it must be a nightmare trying to predict what could happen to it next. .

So I expect our Kiwi$ to be a small scale safe haven currency over the next year or so .

If I am still wrong by Christmas, I will shout you a $10 Mutton Curry Lunch special with a good Indian tap beer to wash it down .

Just in case you think I am a cheapskate , the offer of a $10 curry special is me hedging my bets .

Absolutely, certainly looking like we could become a victim of our own success over the next year.

Personally, I would like that, but not sure how you actually make that call. Share a business case and we can take you seriously.

@JC Well I have NO business case to show it whatsoever .

There is absolutely no reason for it to not happen again , in fact more-so given the mess we are in

Your gut instinct doesn't really make much sense to me, but then neither does NZD appreciating more against USD than JPY (as it did today). NZD has always been a 'risk-on' currency, not 'risk off," which is why I would think that its capacity to appreciate is constrained.

The Yanks are doing it tough alright. They were always the first ones on the bus to get get sick, that's because their homeland was so damn clean & tidy compared to the rest of us. The Wu flu has certainly hit hard stateside & I think your theory boatman, could well be right. Don't write them off however. They're still the smartest country on the planet, provided they can keep a hold of their IP, whilst China is just a thief, & a very good one at that, but I'm backing the Yanks for the for-see-able future (the next decade). The Aussies will as well, although it is going to be a tough call for the Anzacs to negotiate our way through this, as both our cultures now have strong Asian influences on the inside. If the situation gets hotter (war) then the South China Sea will be a major battleground for sure, so we're going to have to have our plans C, D & E well oiled, just in case.

END_OF_DOCUMENT_TOKEN_TO_BE_REPLACED

Roger J Kerr "A big miss on inflation, but RBNZ will remain dovish "