Roger J Kerr says the expected 'V' shaped recovery in the NZD/USD rate to 0.6800 has had a set-back with this latest US inflation result

Currencies / opinion
Roger J Kerr says the expected 'V' shaped recovery in the NZD/USD rate to 0.6800 has had a set-back with this latest US inflation result 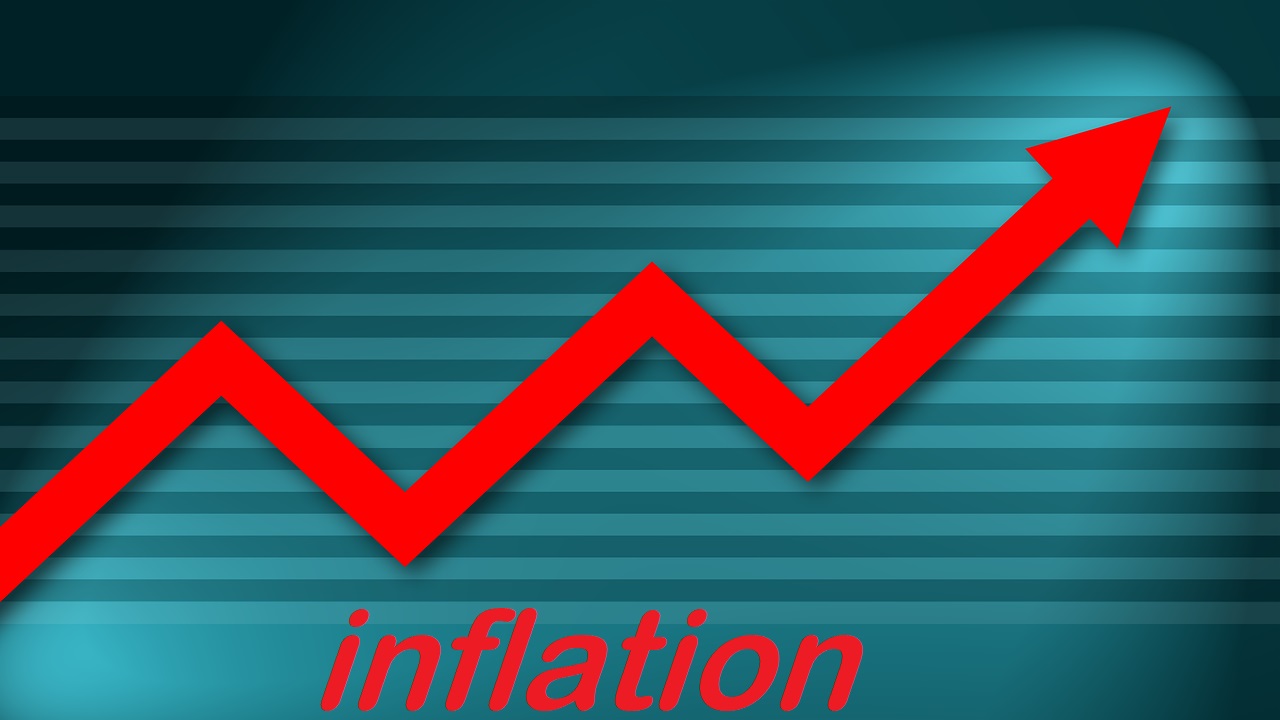 Premature call on US inflation peak

There were high expectations in the US ahead of last Friday’s CPI inflation numbers for May that the annual rate of inflation would record a peak for the 12 months to May coming in lower than the 12 months to April i.e. confirmation of inflation peaking. The view of this column over recent weeks has been that when the financial and investment markets witnessed the US annual inflation rate trending downwards, instead of upwards, the sentiment and direction would change to lower bond yields, stable equity markets and a lower US dollar value.

That call has proven to be marginally premature as the core inflation increase (excluding volatile and uncontrollable food and energy prices) for the month of April came in at +0.60%, fractionally above the prior consensus forecast of +0.50%. The annual core inflation rate printing at 6.00% (above the 5.90% prior forecast). The inflation guardians, the Federal Reserve, manage monetary policy on the core inflation measure not the headline figures as interest rate changes have no impact on global oil/freight costs and climatic conditions determining food prices. It was a near miss; however the markets expressed their disappointment with the Dow Jones equity market index down 880 points, 10-year bond yields jumping up to 3.16% from 3.03% and the US Dollar Index surging upwards to 104.2 from 102.50. As a consequence of the stronger USD and equity market sell-off the NZD/USD exchange rate fell away to 0.6360 from 0.6450.

Similar to the April inflation numbers in the US, the components that again increased in May were housing and air fares. New and used car prices surprisingly increased after recording decreases over recent months. Mortgage interest rates in the US have increased sharply over recent months from below 3.00% to 5.50%. The chart below indicates that it seems inevitable that activity, prices and confidence in the US housing market will move substantially lower over coming months as a result of the mortgage interest rate increases.

Coupled with gasoline prices increasing to over US$5/gallon, a slowing housing market will hit US consumers hard and the resulting weaker demand in the economy will ease core inflation pressures. There are some calls for the Federal Reserve to accelerate interest rate hikes to 0.75% at their next meeting (6am Thursday 15 June NZ time), however that seems unlikely as core inflation outcomes are not materially above Fed forecasts.

The expected “V” shaped recovery in the NZD/USD rate to 0.6800 has had a set-back with this latest US inflation result. However, the inflation peak (and thus the USD peak) has only been delayed in time, not dismissed altogether. It seems we will have to wait for the June US inflation numbers on 14th July to see a confirmation of the peak. The forex and bond markets will start to price-in that likely outcome well in advance of 14 July. Local USD exporters who have only executed 50% of their longer-term three and four year hedging intentions now have the opportunity at 0.6360 to transact the balance.

New Zealand at a crossroad in the post-Covid economic era

By any measure of historical and international comparisons, the New Zealand economy should currently be enjoying a golden period with export prices at 40-year highs (Terms of Trade Index) and the unemployment rate at a record low of 3.2%. Higher export incomes and plenty of jobs with increasing wages suggests rising living standards and peace/happiness all round.

The “Rockstar” economy rocking on now that Covid is out of the way, right?

Unfortunately, the rather sad reality of life in New Zealand today, despite the export success and low unemployment, appears to be more a syndrome of resignation, division and resentment. The hangover for the economy from the state-sponsored party in 2020 and 2021 (money printing and fiscal splurges) is hitting hard with little improvement in sight.

Any outsider looking into New Zealand today, perhaps a foreign investor or a potential immigrant looking for new opportunities, would not fail to observe the following less than positive images and direction: -

What direction New Zealand takes over coming years with political leadership and related economic policies will determine whether we continue down the current road to a Venezuelan result, or to a more prosperous path and socially cohesive example such as Denmark.

With some policy changes to make our economy more competitive and attractive to foreign investors and immigrants, the balance of probabilities favours the Kiwi dollar following the Danish Krone over the Venezuelan Bolivar! 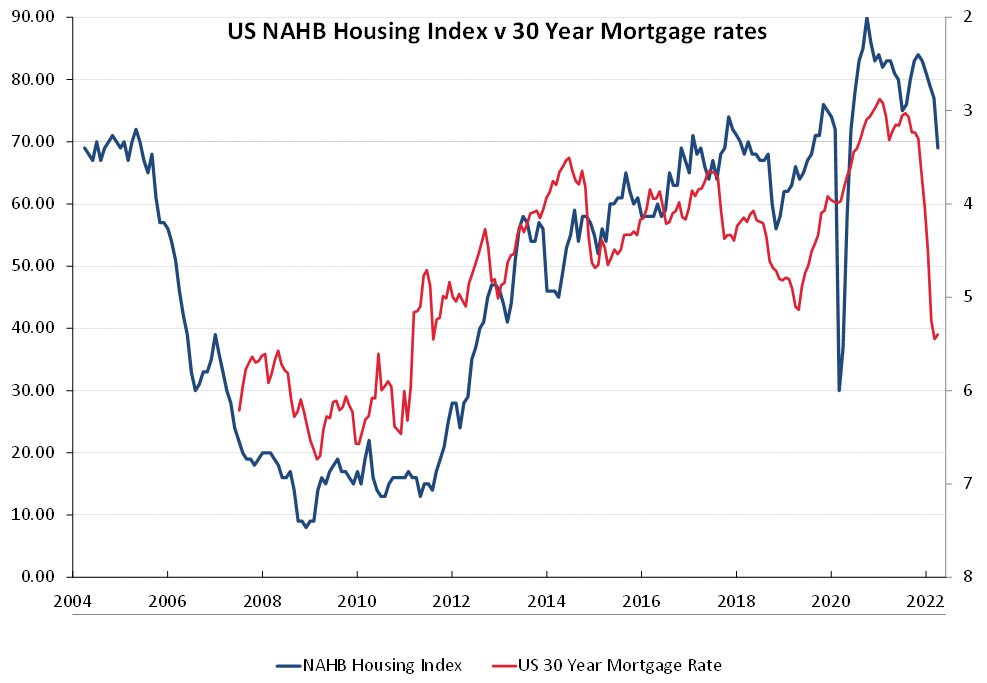 The band width that our OCR will exist in over the next 18 months will be very narrow, removing the most influential economic tool that the RBNZ deploys.

Stagflation and a busted flush housing market will create a hard ceiling, with a weak NZD creating a hard deck. Orr will be be suffering from economic claustrophobia in between.

New Zealand will be the next Zimbabwe if the greens and Labour are re-elected, with capital controls and a collapsing exchange rate.

At the moment there isnt a viable alternative.

National is firmly entrenched on populist crime policies that arent thought through at all, and all their MPs own a ton of investment properties - so it will be all hand on deck to keep house prices afloat, requiring policies that screw the lower and middle class and lead to more crime (which they cant solve). Awesome stuff

The alternative is National and they will romp home in 2023. You would be mental to put the current lot in again unless you think things cannot possibly get any worse.

National's entrenched interests are apparently property investment, which is only every seen as a conflict of interest for National and never for Labour, who are equally guilty of being gutless when it comes to meaningful reform.

Labour's entrenched interests lead to devolving control of public assets to fringe groups and other such constitutional changes without mandate. I know which of these two groups are more damaging to the country in the long-run.

Really, it just seems there's little difference now. Luxon will relabel and be make slight tweaks to co-governance, but probably nothing of consequence. They'll continue trying to protect property, yes, but so have Labour... perhaps the biggest difference is they'll cut taxes for property speculators to allow them to freeload again and leave working Kiwis to fund the bulk of NZ society. So things will only get worse in terms of economic suffering at the bottom, people ripe for gangs etc.

More inflation as NZD sinks. Rates need to be raised or dollar will tumble further.

Denmark has a top income tax of 55.9% and a GST of 25%. Denmark has a vehicle registration tax of 20% of its value with, of course, hybrids, EV's and hydrogen powered cars exempted. (There is a reason why everybody uses a bike in Denmark to commute!!) Be carefull what you are wishing for.

Riding a bike is great if you live in a country that is as flat as a pancake. I used to be able to ride at 30kmhr which easily gets you to work faster than a car which is sitting in traffic going nowhere.

Ebikes make the hills disappear. It's like riding on the flat, always.

Reading the bullet points, we need a change of government, the faster, the better!

Re: Climate change, carbon and agriculture. The science of creating milk proteins through precision fermenting is making more progress than the science of stopping cows bulching out CH4... And the government dedicated more 300M NZD funding, from the ETS revenues, to close that gap even without the dairy farming section contributing to those ETS funds.

This author is quite right to highlight the problems with caused by this disastrous Government who want to introduce a social democracy Scandinavian style. There seems to far too little written about it in the mainstream press. New Zealand has benefitted over the last several decades from being a free and open economy which is attractive to foreign investors and the current Government seems to be ignorant of this. Structurally we’re nothing like those Scandinavian countries with the backbone of our economy underpinned by small businesses who can’t afford all the extra taxes and costs. Luxon is a social conservative so hopefully we’ll move to a more business friendly and socially sensible Government if they get in. God help us if Labour get re elected; it may be too late to fix it with our talent voting with their feet and going overseas.