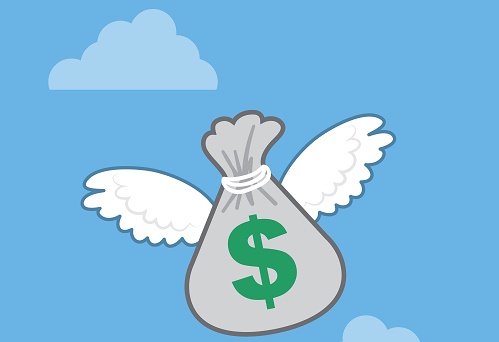 Buying of the Kiwi dollar across the FX markets was swift and significant last week as President Donald Trump’s “zeal for the deal” hinted that global trade tensions would reduce if the US and China could reach some agreements on intellectual property rights and trade tariffs.

The US President was desperate to stop the tanking in US share markets ahead of this Tuesday’s mid-term elections for the House of representatives and the Senate. Hence the tweet that he was making progress in getting back to the trade negotiating table with the Chinese and his cabinet was instructed to start drafting agreements.

Subsequently, Trump’s advisors and officials denied that they were any closer with the Chinese and Wall Street reversed back down again.

It remains to be seen whether President Trump and Chinese Premier Xi Jinping will reach any broad agreement on trade at the upcoming G-20 meeting of leaders in Buenos Aires at the end of this month. Trump’s recent tweets suggests there is more of a chance on this happening than was the case a week ago.

Clearly, it is positive news for the NZ economy (and the currency value) if the Chinese/US trade tensions are deflated, trade tariffs are reduced, and global growth is not impeded by trade uncertainties.

The NZ dollar has maintained its gains after the rapid spiral higher from 0.6500 to 0.6660, despite the initial global share market gains reversing back.

The levels of 0.6600 stood as a major technical barrier for the Kiwi dollar to strengthen above over recent weeks as it was both the 50-day moving average rate and downtrend line from 0.7400.

There was certainly evidence of the currency speculators immediately unwinding their “short-sold” Kiwi dollar positions by buying the currency once the 0.6600 level was breached. Having consolidated in and around 0.6500 over the last month, it appeared that the speculative selling of the NZ dollar had been exhausted and thus it only needed a catalyst to prompt the punters to reverse their NZD positions. Trump’s China trade tweet provided that catalyst.

It was also constructive that the NZD and AUD were not sold any lower last week when the US dollar itself strengthened from $1.1500 to $1.1300 against the Euro. The potential for an easing in trade tensions has subsequently weakened the USD back to $1.1400.

It is difficult to read how the currency markets will react to the US mid-term election results on Tuesday.

A change to a Democrat majority in the House of Representatives is widely expected and is seen as slowing Trump’s domestic economic policy agenda.

The risk is that he will then concentrate more on foreign policy where he has more scope with presidential executive orders.

However, unfortunately Mr Trump has displayed poor understanding in the arena of international affairs and diplomacy.

A change to a Democrat majority in the Senate is not expected and it would be a major surprise if it were to occur.

Trump is relaying on the strength of the economy for Republican Party support and the impressive 250,000 increase in jobs in October will help the cause.

Workers’ wages in the US have increased by over 3% over the last 12 months, the strongest increase in nine years.

The potential for higher inflation from the continued growth in jobs and wages does support the Federal Reserve’s monetary tightening path.

However, the “red October” sell off in equity markets was partially due to interest rates increasing too quickly and trade tariffs hurting US company profitability.

A stabilisation in share markets over the period through to Christmas should allow for further unwinding of short-sold Kiwi dollar positions as the speculators take their gains and reduce risk before the end of the year. A Trump/Xi breakthrough on trade in Buenos Aires would also be Kiwi dollar positive. A return of the Kiwi dollar to 0.6700 and 0.6800 has increased in probability.

The Reserve Bank of New Zealand will certainly highlight increased global financial/investment volatility and risks as a reason to remain accommodative with monetary policy in their statement on 8 November.

The question will be whether their tone changes in respect to domestic economic growth and inflation after actual results through the June and September quarters were substantially above RBNZ forecasts.

Should the RBNZ inexplicably continue with their overtly dovish economic outlook seen in the May and August monetary policy statements, the Kiwi dollar would give back some of its recent gains.

Why the RBNZ’s stance of a 50/50 probability of an OCR decrease or decrease is so markedly different to the Reserve Bank of Australia’s position of their next move in the OCR being upwards, is a complete mystery.

The growth and inflation outlook across the two economies is very similar currently and arguably New Zealand’s agriculture export sector is enjoying higher prices than Australia’s mining/resources industry. The Australian residential real estate market appears to have more risks for the economy than the calm levelling-off in house prices here. It appears the RBNZ may struggle to find the economic evidence to support their more dovish outlook than the Aussies.

The price correlation between gold and the AUD/USD exchange rate has always been a close one. The connection is not just about Australia being a gold producer, but also about the relationship between the gold price and the US dollar currency value. Buying of physical gold has always been seen as a hedge against a potential fall in the value of the US dollar.

Central banks around the world purchased US$5.8 billion of gold in the September quarter, the highest level of buying in three years. The Russians were particularly aggressive, utilising the high oil prices to acquire the most gold they have bought since 1993. The recent lift in gold prices suggests that the AUD should make further gains against the USD. The NZD/USD exchange rate continues to track the AUD/USD rate.

RBNZ will remain dovish , they want a higher AUD/NZD rate irrespective of incoming data. How are those AMP shares doing ?

Oh dear, Roger calling for a top, here we go on the upside.