No major surprises as inflation rises 0.1% in Dec quarter and 1.9% in year to Dec; Economists' OCR outlooks differ but remain unchanged

No major surprises as inflation rises 0.1% in Dec quarter and 1.9% in year to Dec; Economists' OCR outlooks differ but remain unchanged 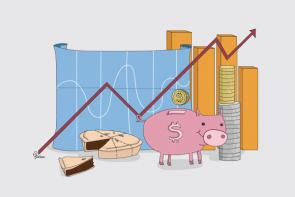 The consumer price index (CPI) rose 0.1% in the December quarter and 1.9% in the year to December, according to Statistics New Zealand.

These headline figures didn't surprise financial markets, which expected lower oil prices to ease cost pressures and see the CPI go up a little less than forecast by the Reserve Bank (RBNZ).

The RBNZ in its November Monetary Policy Statement saw the CPI rising 0.2% in the December quarter and 2.0% in the year to December.

Stats NZ says the average price of petrol fell 0.6% in the December quarter, from the September quarter, when petrol prices were up 5.5%.

It notes the quarterly hike in the prices was led by typical seasonal rises in international airfares, which were largely offset by seasonal falls in vegetable prices.

As for the annual rise of inflation, which was the same as the year to September, Stats NZ says housing and utilities were the main contributor to this.

Rents rose 2.4% across the country in the year, construction prices were up 3.6%, local authority rates were up 5.1%, dwelling insurance up 15% and electricity prices up 2.1%.

Higher transport costs were the second largest contributor to annual inflation. This was driven by petrol prices (which eased in the December quarter) rising 11%.

Taking petrol out of the equation, the CPI rose 1.5% in the year to December.

The inflation data release saw the New Zealand dollar rise from 67.2 US cents to 67.6 US cents.

This said, ANZ economists continue to be much more downbeat on the economy than their counterparts at other major banks, sticking to their bold forecast that the OCR will be cut to 1.00% by next year.

Westpac senior economist Michael Gordon's take is: "Inflation is close to the 2% midpoint of the RBNZ’s target range; the recent plunge in fuel prices will drag the headline inflation rate down in early 2019, but the RBNZ will be able to look through this impact.

"We expect a gradual pick-up in domestic inflation pressures as the labour market tightens, but there is still some way to go before inflation tests the upper end of the target range.

"We expect the RBNZ to keep the OCR unchanged until late 2020."

ASB economist Kim Mundy says: "The details of the release were surprisingly strong, with non-tradable and measures of underlying inflation all lifting.

"Further, price pressure looks to be spreading through the economy with price increases evident in more sectors than the usual housing-related areas.

"From the RBNZ’s perspective, the result is stronger than expected and suggests that economic momentum over 2017 and early 2018 supported inflation pressures.

"However, given the recent slowdown in growth and the ongoing downside risks to the inflation outlook, we expect the RBNZ to remain patient for now.

"Although we don’t expect the RBNZ to raise the OCR for a considerable period of time, today’s release confirms that there is a high hurdle to rate cuts in the current environment."

“Most of the risks we face are in the future.

“At a time when we forecast a meaningful lift in, fiscally stimulated, growth, the risks we face offshore are growing.

“The availability and price of credit (loans and mortgages) are also likely to be adversely impacted by the RBNZ’s assertive capital requirements on banks. But this will be a slow burn over the next five years.

“Our outlook is good, not great, and there are many risks.”

“Looking forward, we may see some further uplift in domestic inflation in the short term, given that GDP growth was stronger than previously thought over the year to March 2018 and the economy (particularly the labour market) is clearly stretched.

“But it is becoming increasingly apparent that economic momentum is now fading, with forward-looking indicators pointing to further gradual petering out.

“Resource pressures look to be past their peak, meaning a durable lift in domestic inflation will be harder to achieve.

“Add global risks to the mix, and it paints a picture of medium-term inflation that in our view looks set to disappoint.”

Its a blip, and a small one at that .......... caused by the Fuel levy increase and the private sector leaving the housing rental market as the Government clearly does not want private investment in housing rental stock, and is hell bent on getting rid of the so called "landlord class " .

Good luck to them , I hope they have deep enough pockets when they wake up and realize they have become the landlord -of-last-resort for a huge % of the population .

" the private sector leaving the housing rental market" Are they? If so, what are they doing with the actual properties when they exit stage left?

Did you not know? They literally "poof" into non-existence. One minute there's a rental, nek minnit a black hole, with, if you glimpse at it through one eye, what looks to be a spectral house, people who've dared enter have never come back.

No no no.. When landlords sell up to get the best price they make the house presentable. But they use a hot water wash and like a cheap chinese shirt put through the hot wash it shrinks.. Thats why owner occupied houses only have half the number of inhabitants. :)

The average owner occupied home has fewer occupants than the average rental , so when a property is sold and Mr &Mrs Smith move in with Bob jnr and Lisa , they displace a family or families with many more than four.

A second example is when my son was at Uni , there were 7 people in a 4 bed house ( with one in the lounge and a farmers son from Ashburton who made the garage into a room) . That house has since been renovated and sold to a middle aged couple with no kids

And those 7 student are now all living on the street? No.. they live in a house somewhere.. Lets wait and see what the average house occupancy data says when the latest census results come out, since we have no idea what the change is since the last real data appears to be 6 years old, and everything after that is interpolation.

Lots of boomers in Auckland retiring to the regions or rest homes making 3+ bedroom homes available to young families will be one factor, as will the number of immigrants living at much higher density than NZ born families.

It does not solve the housing shortage

The fact is we have a housing shortage with 30,000 homes needed in Auckland alone , and those houses are going to be expensive to build , like $5000 to $6000 per square metre incl land . If I were a young person , I would buy a do up rather then a new build .

If you make an assumption of X ppl/house being correct. Except obviously its not. We don't have 60,000ppl living in cars or on the street .. They are living in houses, just with a much higher number of people per house on average.

My point about the boomers leaving town.. an older couple living in a three bedroom house =2ppl per house. They sell to a young family with two rugrats, or a young couple that gets in flatmates.. boom, now 4ppl/house.

@bw ................ have you not heard of immigration ? We have added 70,000 people a year to our population consistently over the past number of years , and many of those have bought those houses for themselves , especially the migrants from Asia and Europe who are wealthier than you or I and can afford to buy a home fresh off the plane

Any CPI increase is not fueled by burgeoning consumer demand.

The CPI is artificially increased to spur consumer demand lol.

“today’s release confirms that there is a high hurdle to rate cuts in the current environment."
Hmm. Unless house prices drop too much, or mortgage demand drops too much.

Why would those affect the OCR?

Well, as an example here’s the Australian scenario
https://www.smh.com.au/money/borrowing/behind-the-market-s-change-of-hea...

"Against all the housing gloom, however, there has not so far been a big slide in household consumption, which accounts for a large chunk of economic activity."

If CPI is sitting at 1.9% why would RBNZ cut the OCR if house prices or mortgage demand drop "too much"?

Please don't answer with a link.

From the article:
"Falls of that size (housing price decreases) , alongside any further tightening of the commercial banks' lending policies, would threaten consumer spending and will prompt the RB to cut the cash rate to 1 per cent this year, he says"
The CPI may soon be affected by the above ...

The low quarterly inflation figure could also be a precursor for something else, am I allowed to say the 'R' word in New Zealand? September quarter GDP growth was 0.3% (with some good inflation behind it). What next I wonder?

Whats next? How about the inflation that all expected to arrived but didn't (yet)- as it ended up creating an asset bubble... finally creates the inflation as it is escapes from this deflating bubble. And with an inability to put up interest rates to counter....we have a real mess. An R.

Collapsing the currency and sacrificing the savers to protect the speculators?

sounds like a serious possibility Rick. Have you told Roger Kerr that he may need to factor in housing debt and reducing credit growth into his forecasts on the currency? Crashing the NZ dollar with a rate cut is likely to be the lesser of two weevils?

OCR cut, increased migration, repeal of the AML law and a lifting of FBB should provide the shot in the arm the economy needs.

Inflation did not increase 0.1% in the December quarter. It fell from 0.9% in the previous quarter.