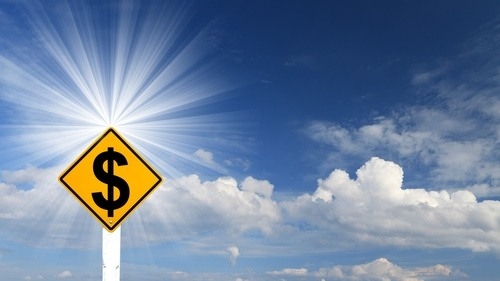 Once the shackles at the previous 0.6450 barrier were broken the sky was always going to be clear for the Kiwi dollar to make major gains against the US dollar in the foreign exchange markets.

A series of more positive local economic data releases proved to be the catalyst that has propelled the NZD/USD rate sharply higher to trade at 0.6570 on Friday 6th December, a rate last seen in late July.

On reflection, the sell-off in the Kiwi dollar through August and September to low of 0.6250 was highly speculative in nature and therefore was never likely to be too permanent.

The heavy selling at the time was in response to some dire forward forecasts on the New Zealand economy from not only the RBNZ with their surprise August 0.50% cut in the OCR, but also the major banks as well who were confidently predicting a rapid slowing and stalling of the economy.

Subsequent data released on how the economy was really performing through this period (particularly the September quarter’s strong retail sales figures) has proven they all misread how we were tracking.

The RBNZ belatedly adjusted their view to a much more positive outlook in their November monetary policy statement.

However, the damage to the Kiwi dollar value had already been done as the offshore speculators and currency traders blindly followed the RBNZ and bank viewpoints.

The continuation of the very pessimistic levels of business confidence through the period was not only due to the RBNZ’s misplaced worries about the economy, however it is now clear that many in the business community also believed the banks’ unanimously negative economic outlooks as well.

Business folk should be more cautious about placing too much credence on such forecasts going forward.

What we are now seeing with the dramatic reversal in direction to the strong NZ dollar gains is those same speculators unwinding their “short sold” position by buying the Kiwi back.

There was always an inevitability about this action as the end of year approached with the record high short-sold positions being held.

This column has been highlighting the risk of this speculative unwinding event occurring for several months. It was only a matter of when.

The speed of the NZD gains were exaggerated as the large volumes traded hit the stop-loss orders placed in the market.

Further NZ dollar gains to the 0.6800 region appear likely as the unwind buying continues ahead of the year-end.

An agreement on the “Phase One” trade deal between China and the US would provide a boost to that expected scenario.

The Kiwi dollar received another boost on 5th December with the RBNZ announcement on the new capital requirement on the banks.

Again, all the scaremongering from the major banks of how this was going to damage the economy proved to be unfounded.

Perhaps bowing to some powerful pressures placed upon him, Governor Adrian Orr softened the requirements somewhat from what was proposed 12 months ago.

The period for the banks to comply with the increased capital levels was extended from five years to seven years and Redeemable Preference Shares are being allowed to count as tier one capital (the same as the rules in Australia).

Prior predictions from some of bank lending/credit margins being increased by 0.50% to 1.00% as a result of the bank capital regulations again proved to be well wide of the mark.

The calculated +0.20% increase in interest rates from the changes is so small it gets lost in the roundings.

The forward pricing of short-term interest rates by the local market has shifted from up to two 0.25% OCR decreases in 2020 to barely a 50% chance of one decrease.

The banks have hastily adjusted their own interest rate forecasts, and this adds another reason for further NZ dollar gains.

The Australian dollar has not been able to make the gains against the USD that the Kiwi has achieved over recent weeks.

A mixed bag of Aussie economic data with weaker employment and retail sales numbers, GDP growth muted at +0.40% in the September quarter, however a massive Current A/c surplus, have all resulted in a stable AUD/USD exchange rate at 0.6800.

As a result, the NZD/AUD cross-rate has spiralled up nearly 4% over the last month from 0.9250 to 0.9600. Whilst AUD exporters were busy hedging forward a month ago, it is now the turn of AUD importers to increase hedging percentages.

From where it sits currently, the AUD arguably has more potential for strong gains against the USD, if and when a trade deal is announced, than the NZ dollar.

UK election result and Brexit already priced into the Pound?

The Boris Johnson-led Conservative Party is leading in the polls ahead of the December 12 general election and thus an orderly Brexit will finally happen.

The forex markets have already priced this outcome into the Pound/US$ exchange rate, therefore we could see a classic “buy the rumour, sell the fact” reaction when the election result is known this week.

Unlike all the other NZ cross-rate currency pairs, the NZD/GBP rate has remained stable at 0.4900/0.5000 over recent weeks as the Pound has matched NZD gains against the USD.

Should the long Pound positions be unwound after the election result, the NZD/GBP cross-rate could lift sharply as the two currencies move in opposite directions against the USD.

A wild week ahead…

It is shaping up to be a wild week ahead in global FX markets as currency traders react to the UK election outcome and whether China and the US announce a meeting time/place for the Phase One trade agreement ahead of the 15th December implementation of more US import tariffs on Chinese goods.

Latest media reports are encouraging that Chinese and American trade negotiators are close to a deal with the Chinese instigating a lifting of their import tariffs on US agriculture products.

However, Donald Trump is notoriously unpredictable in these situations and could say and do anything!

Whatever the international developments, the Kiwi dollar is set to be further supported by a Government announcement on speeding up major infrastructure spending and GDP growth figures for the September quarter released on 19th December are likely to be well above the +0.30% RBNZ forecast.

can anyone point me to the stats supporting "heavy sale of kiwi dollar in September" , , Sorry, no sarcasm here, just want to find out where exactly people source this info (regarding sales/ buys volumes per currency) from ?

Most cite CFTC data, the COT (commitment of traders) is one reference to the positioning of non-commercial and commercial contracts. It usually just follows the trend at the time, rather than being something to reference in itself.

Have a look at the NZ currency fluctuation between 2009 to present day, and its alarming.

Ask yourself how a currency can fluctuate between US0.50 to US$0.90, and how down to $0.62 in less than a decade? Seems to me we are just a pawn in someone else game; with the winners only being the short term traders.

may be, but I would prefer some more reliable source then just me having a look at the exchange rate chart. I thought there is some variation of column chart (aka the one for shares trading volumes etc), Again, not arguing here, just trying educate myself, and it looks like without underlying data those claims about "NZD is oversold etc" sound a bit bold to me.

Good call Roger. You said the Kiwi would fly & it did. Big week in the UK - go Boris. At least they'll be able to manage their own borders soon. Uncontrolled migration & immigration is a time bomb. Even controlled immigration into this country is an out of control state con. On that alone we should dismantle parliament - brick by brick.

Another great column thankyou Roger, helps to explain the current movements in the Kiwi dollar for me and what the near future could bring !