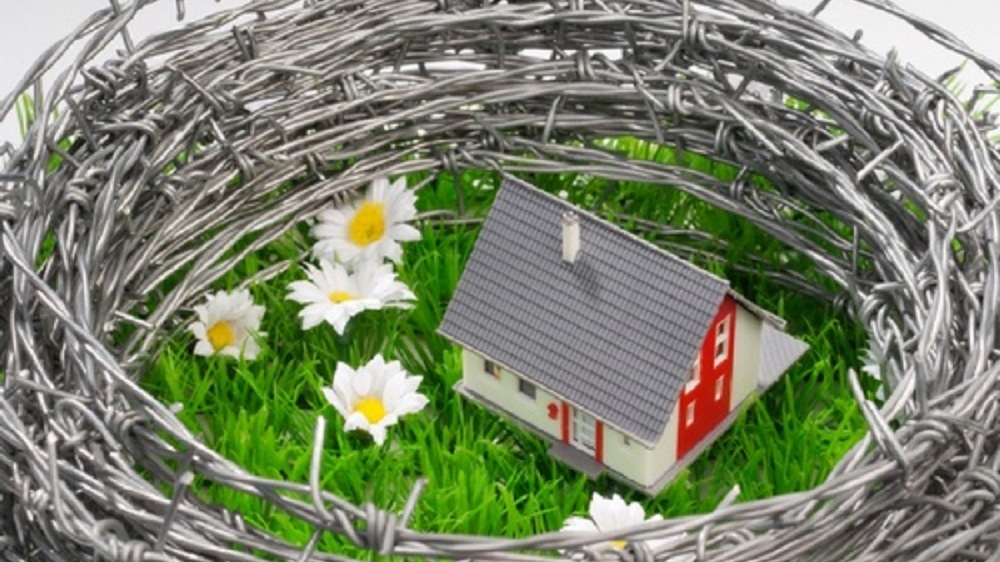 The Reserve Bank is likely to bring back limits on high loan to value ratio (LVR) lending next year, Kiwibank economists believe.

The comments come as the housing market continues to show surprising strength following the lockdown and the slowdown in the economy prompted by the Covid crisis.

In their First View weekly publication the economists said the RBNZ is aware of the risks from rapidly rising asset prices, specifically house prices, through ultra-low and falling interest rates.

"We think that the RBNZ will bring back LVR restrictions next year."

The RBNZ last week gave a briefing for media to update progress on developing a Funding for Lending programme, (FLP) through which it will directly lend to banks at cheap interest rates. It has indicated it wants the scheme ready before the end of the year. Economists have been speculating the FLP could be introduced as soon as November 11 when the RBNZ issues its next Monetary Policy Statement.

The LVR limits, first introduced by the RBNZ in 2013, were removed as of May 1 this year for an at-least 12 month period in response to the ructions caused by Covid. Since then the amounts of money borrowed on high LVR loans have increased, particularly to investors.

Asked at  the media briefing last week whether the bank would consider applying LVR restrictions to investors again sooner than this senior RBNZ officials indicated they were not looking to rein in property investors with LVR restrictions, saying falling house prices would create a 'worse situation' than the status quo.

The Kiwibank economists said the RBNZ is taking the view on the economy of "let it run hot, rather than let it fall over". But they believe nevertheless that financial stability concerns surrounding a heated housing market will be addressed again via LVR restrictions, while at the same time interest rates are taken even lower.

"The RBNZ is looking to take a least regrets approach," they said.

"Running the risk of providing too much stimulus is less costly than doing too little. Inflation and employment is forecast to remain well away from target for three years. A least regrets approach supports our view that the Bank will announce a Funding for Lending Programme (FLP) at the November MPS in a months' time.

With this action and then moving later to reintroduce the LVRs, this would be the RBNZ giving with the one hand, via lower mortgage rates, and taking a little back with the other through tighter lending standards, the economists said.

"The housing market has shown surprising resilience," they said.

"And in a low yield environment, people are turning to property in search of ("higher risk than term deposits, but lower risk than equities") return.

"Our chronic housing shortage also sets a floor under how low prices can drop."

However, the economists still see expect a cooling in activity and price growth as we head into the end of the year.

"The end of the wage subsidy will lead to an inevitable rise in the unemployment rate. And net migration, a key pillar of housing demand, has evaporated in recent months.

"But if the past few months are anything to go by the housing market certainly can confound forecasters."

Everyone keeps talking about the 'end of the wage subsidy'. Hasn't it mostly ended already?

You can still ask to Social walfare dept. - they'll give you the new name scheme for it, but essentially it's subsidise the mortgage holder.

The Kiwibank economists said the RBNZ is taking the view on the economy of "let it run hot, rather than let it fall over"

Comments like this are not very comforting. What are they saying? Coaxing a flock of sheep to the edge of an unstable cliff ready to collapse?

Rising prices in the face of deep recessionary forces and weak migration indicate to me a thing called "Fiscal Leak". What is fiscal leak you may ask. Well its when money that was supposed to act as fiscal stimulus, like the wage subsidy for instance, somehow misses its mark and ends up as savings in peoples bank accounts asking to be invested...and in NZ that means houses. We know a decent slice of Labors billions in wages subsidies got banked by employers. Hence house price rises. Kind of ironic. Anyway thats my imop.

RBNZ and Kiwibank economists and you and I have no idea what would happen if they pulled back or did nothing.
Appears to me to be just copying Jerome Powell and the FED. That's the central bank's philosophy globally is to save the debt fueled as losses must be socialized.
Still not giving anything to savers. No deposit guarantee and no return for maximum risk all to save the debt fueled.

Agree. They have no idea (and neither do you or me) of what the outcomes will be. The people in the best position are those who admit to having no idea. The central bankers and retail bank economists need to project an image that they know what the outcomes will be, even if they don't. The next level down is the media and then the general populace who can profess their opinions on the outcomes on social media and around the water cooler.

they have absolutely great idea of what they are doing, They just understand they will have zero responsibility whatever result will be , Inequality in society ? 20 annual incomes to buy 1bed apartment? FHBs with 2mil debt ?? who gives a sh*t ?? Just imagine next scenario - what is the salary of average police officer, school teacher? and they have families who need houses to live in , and what happens if salary is not enough ??? Do you think in 3rd world countries police/ school teachers/ uni teachers /medical staff etc were always corrupted and were always expecting "additional benefits"??? wrong ! they became like that with years of stupid monetary policies . So Buy! Buy! Buy ! as many properties as you can ! blow the bubble blow so that your kids will be able to pay bribes when they need medical help or enter the Uni in 10 - 15 years or so .

Most of those teachers, police force members, engineers, nurses, doctors, specific skill professionals etc. already knew what is their next best move option - stay here and be kind to support --- economy OR shifted to country which can rewards more. Now, let's keep on moving.

You look at the body language of Powell and Orr when giving briefings - I honestly think they're shitting themselves as they realise that each time they save the system, they damage it a bit more. Can they do it again will be their worry, or have we done too much? Will people realise we're faking it? Will people realise we're completely screwing one part of society in order to save the system? When will they realise?

Its a case of if you keep telling yourself something again and again you may begin to believe it.
That's why lawyers get defendants to repeat their testimony over and over again pre trial.
Personally I would rather step down than pretend and ignore talking about the part of society that you are screwing over with your actions.

That's what I don't get and have been thinking about. You would need to have some kind of personality disorder to work somewhere that you know your actions are knowingly harmful to people (those who don't own assets and/or savers), yet continue to do them regardless.

Like you say, I personally wouldn't be able to sleep at night so would have to resign when I realise the system is broken and my actions/decisions are causing or may cause long term suffering (be it financially and perhaps as a result mentally).

I get your point, but I think the human power of delusional optimism is really powerful. "OK, it looks bad, but a vaccine is surely on the way, and NZ public debt is low by world standards which buys us some time, and if I crimp the money hose now I might be missing a chance for our luck to change, so just a bit longer..."

Not long to go now until rates have hit the lowest they can go. Where to from there to save the NZ property market from any future issues? The RBNZ has used up a huge amount of their ammo and the real downturn in the economy hasn't hit yet. We still don't have a Vaccine and even if we do get one its going to be a while before we see it down here en masse in NZ. Looks like we have another 18 months of risks and restrictions so its going to be a long ride.

Yes I don't know what the RBNZ will do when the debt fueled cant pay back the principal at very low rates.

Banks will Extend the term.

Sounds easy in theory but ultimately they are answerable to their shareholders no matter what Orr and Robertson say to do.
So extensions when you cant pay the interest or the principal will become a major problem.
It leads to a credit down grade of the bank which shareholders wont tolerate.
Will depend on the numbers who have the problem.

Mr Orr & the team always keep in minds, that bring back the LVR is not for the best interest of NZ specific productive economy - LVR has it's day used to hold the capital which now has been released for the good of NZ economy.

Why can't they just re-introduce higher LVR for investors and let the FHB's have a chance? Not like it'll cool the market much. So many cashed up FHB's out there who haven't been spending their money on holidays and fancy cars. Maybe if wealthy property investors are held back from buying more property, they might invest it in businesses and the economy? The wealth effect is a myth otherwise.

How much cash do you think a holiday costs exactly?