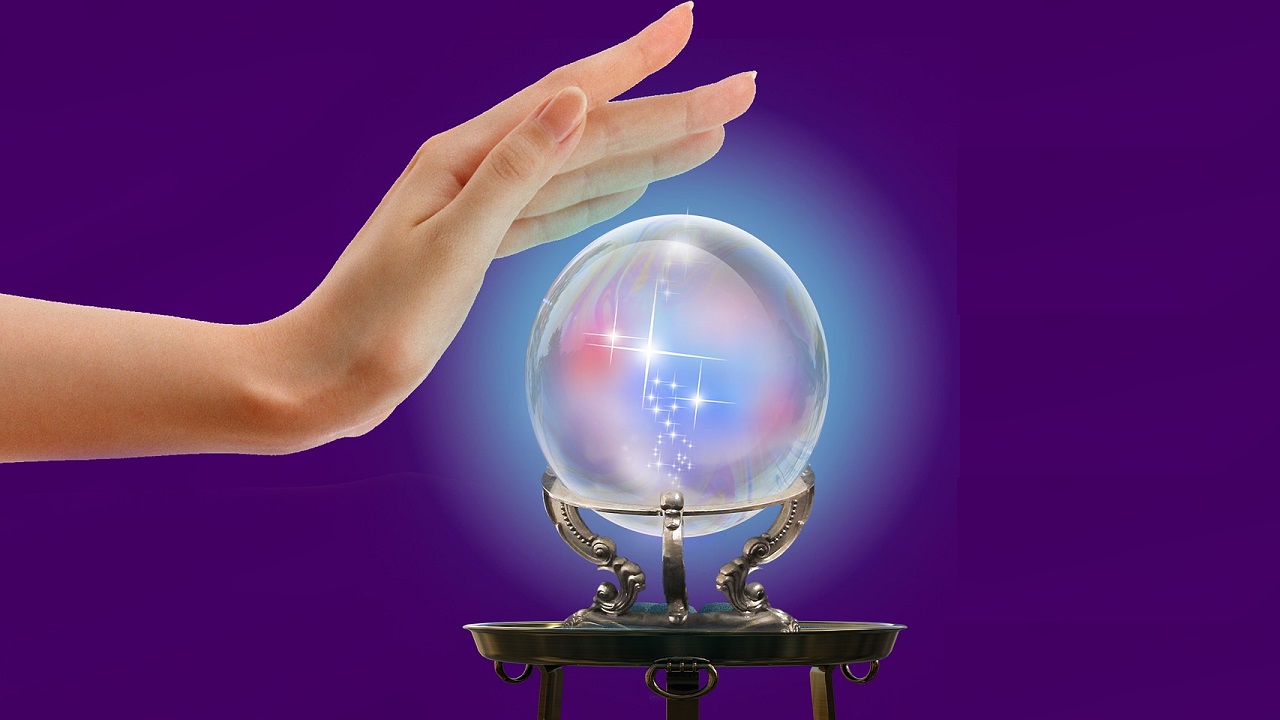 And so, the deliciously contradictory thing has happened. UP go the interest rates to cool the economy, even as said economy has one arm tied behind its back through big parts of the largest city being closed.

The common sentiment still (but perhaps wavering?) is that our economy can bounce back again from the latest Covid travails.

Well, I've had my economic crystal ball out - and I reckon it's looking as murky as hell.

The RBNZ effectively promised ahead of time that it would raise the OCR from 0.25% to 0.50%, so, to not do so would have smashed its credibility around a bit.

But I expected the central bank to be more cautious on the prospect of future rises, however. At the moment the language is that the lights are green for future further rises.

I think too much is being based on what happened last year. This year IS different.

With Auckland now in some sort of twilight zone indefinite lockdown (but hey, you can see friends for a picnic), it is very difficult to get a handle on how the economy will perform over summer. We don't know at this stage what parts of the economy will be ALLOWED to perform.

And then there's the fact that Covid Delta WILL find its way out of Auckland and start seeding in other communities. People, I'm afraid this is going to spread. It magically drifted on the wind to Hamilton/Raglan. It will find its way to other places.

I'm locked up in Auckland so don't have the best perspective on what's happening in the wider country, but it does seem disconcertingly as though the rest of NZ is not ready for Covid in the community. The retailers in the South carping about how they absolutely need to be back on Level 1 do need to wake up and get a strong whiff of coffee. They should also be aware that the Governnment is in the process of ditching the Level system - it's going to call it something else so the scope of its failings can be disguised. The start of that was the nonsensical Auckland 'steps' routine.

But the point is, our economy is now going to be hobbled by Covid in the foreseeable future.

And actually, I'm not sure the extent to which the RBNZ is factoring that in yet. It was still talking in reasonably upbeat terms that suggested the kind of bounce-back we got from the 2020 lockdown.

However, I sensed an almost schizophrenic mood in both the media statement and the report on the meeting of the RBNZ's Monetary Policy Committee.

It was almost like there was a dawning "oh,oh" happening among the members.

This paragraph in particular stood out for me:

"The Committee noted significant uncertainty about how changes to public health settings, border restrictions, and rising incidence of COVID-19 in the community will impact on economic outcomes as the response to the pandemic evolves."

Well, exactly. Our economy has roared back into life in the recent past because we haven't had Covid in the community. Now we do. And now all bets are off.

As I've said previously, one of the key things about our economy bouncing back so well after last year's lockdown was the fact that everybody could get out and about, shopping, eating, drinking, in the knowledge that Covid was not 'out there'. Now it is. And a lot of people will be less comfortable getting out and about - at least initially till they get their heads better around the idea that we now have the virus and that's that.

And of course, Auckland is still largely shut anyway.

With the global supply chain problems seemingly getting worse, and no signs of when they'll get fixed, pricing pressures are going to remain intense.

The chances of the dreaded 'stagflation' - rising prices, stagnant economy - are I think increasing by the month at the moment.

Which is why I do not think the RBNZ should be in a hurry to have us all prepared for the kind of string of rate rises the bank economists have been describing, and with an OCR of 1.5% by next year.

Now, yes of course, a setting of 0.25% for the OCR was an emergency one arrived at in March 2020 when 'the worst' was expected. But we shouldn't be too quick to assume that trouble is over. Because I don't think it is at all.

The RBNZ carries out its last review of interest rates for this year on November 24. This one will be accompanied by the full Monetary Policy Statement, in which the central bank will lay out its views of where we are sitting.

That's going to be an interesting read. And the folk at the RBNZ have got quite a job pulling everything together.

There's further pressure on the November 24 decision because the next one is not till February 23, 2022.

That's a very long time between drinks. A heck of a lot could change over the summer with Covid on the loose.

I argued some years ago when the RBNZ extended the gap between OCR decisions at the end of the year that effectively three months was too long to wait between decisions - particularly if matters untoward were occurring.

Yes, of course the RBNZ can move the OCR between official decision dates - as indeed it did when slashing the OCR in March 2020. But, unless the sky really is falling in, it's not a great look.

Anyway, for now it's onwards and upwards with interest rates. That's the official word. But I for one will not be astonished if we see that change.

This could be a summer of surprises. And not in a good way.

They have factored it in. Otherwise they would've raised a whole 1%.

...it does seem disconcertingly as though the rest of NZ is not ready for Covid...

This country was founded on the lie "She'll be right" so in a way I'm not surprised there is a scramble as we find ourselves six months behind the developed world with our vaccination program.

Here's a good lesson from Alan Kohler on why using the unemployment rate as one of the driving factors for monetary policies could lead to a disastrous results.

It's one of the reasons why Philip Lowe refuses to change the Australian cash rate target yesterday.

El Salvador is beginning to look like our new role model.

They can't water down your crypto.

Covid is a symptom, not a cause.

Another question: Has the RBNZ ever cared?

I have been around the country a bit over the last few weeks. Apart from trucks on the highways at usual times. Early mornings, mid arvo, there is no one else. No cars. No campers. I called into Kaikoura. Not many shops opened before 10. Actually not many shops opened after 10 either. Picton was dead, despite the ferry being busy. I guess having two interislanders being fixed didnt help. The Desert rd was deserted. There and back. NZ felt a bit empty.

Maybe because Auckland is quarantined? Driving around Auckland yesterday it seemed like business as usual on the roads.

Throttling the Pump doesn't seem to be good move now. Wonder what Grant is thinking of this move.

We've already tried the Wrong Thing and Nothing and, sadly for us, giving the Right Thing a go hasn't come soon enough.

They've got 2 mandates - employment and inflation. You can spin the rest of the numbers however you want, but the fact is both of those mandates are staying under pressure (in a good way). The government are not letting unemployment increase, via the wage subsidy etc, and inflation is rampant.

And don't forget the dreaded housing market. I fully support the RBNZ.

And in Limits to Growth terms, they were going to get away with reality-blindness on the way up (the left hand side of the Gaussian/bell curve), have problems wondering what was going on (across the top) then be in trouble as scarcity of real stuff screwed their postulations on the way down.

With outcomes of an un-entendred kind

I thought house prices would fall in 2020. Wrong. I thought the economy would go into a long recession in 2020. Wrong. In the end, I spent up large on house improvement and other assets because I didn’t want to hold cash. This time feels different. There will be no big spend in 2022 except for an overseas holiday. I suspect I’m not the only one thinking this way.

This FT article -  behind a paywall, unfortunately - reminds us that raising interest rates to combat supply side  driven inflation is not a good idea. As significant components of inflationary pressures in NZ outside the housing market are supply side issues, I wonder whether they should have increased now? Not least as raising interest rates to combat house price inflation is a rather blunt instrument.

With global forces slowing growth while increasing inflation, policymakers are struggling to find a path forward

Yes, but we spent years cutting rates due to supply side disinflation, so where's the logical consistency?

People just love zero interest rates and don't want to give them up.

Totally agree with you Brutus.  Inflation is largely gone except for intermittent supply disruption and Oil price increases.  Global Reserve banks and the RBNZ have been chasing the "lets increase inflation" Rainbow at the bottom of the garden.  What is wrong with having low inflation anyway, Reserve banks are happy to drive up asset prices in order to try and achieve it. But why?

No they haven't heard of covid

At some point in the next couple of years the economy will weaken, and much if not all of the OCR increases could be reversed.

And let's see what happens in China, and how contagious it is.

I would bet on the OCR being no more than 1% in two years time.

I would agree, but there's a chance that global inflation/tightening will leave the RBNZ will little choice. That's not a given, but possible.

Petrol prices going through the ceiling are one of the few complaints with enough political traction to outweigh the low-interest lobby.

Yep, OK. So we increase the OCR, strengthen the dollar, and help mitigate the soaring cost of fuel.

Market response to increased interest rates was to lower the NZ$ - good for exporters but bad for importers and inflation.