ASB sets a new tone in the mortgage market with 30 basis points rate hikes for the most popular fixed home loan terms, takes 18 month and two year rates above 3%. Westpac has matched them

Personal Finance
ASB sets a new tone in the mortgage market with 30 basis points rate hikes for the most popular fixed home loan terms, takes 18 month and two year rates above 3%. Westpac has matched them 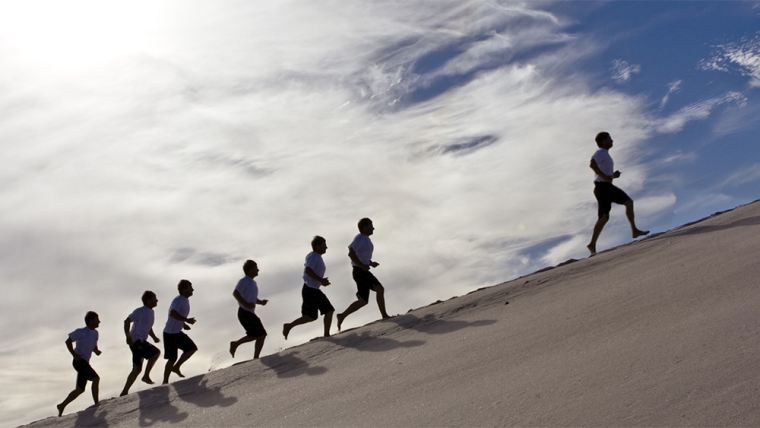 Leading the pack up the new rates hill

Update: Westpac has now moved higher as well. See table below. They have matched ASB for the three core rates, 1yr, 18mth, and 2yrs, but the Westpac rates are not effective until Monday, September 20, 2021.

But this is unlikely to be where rates settle, because wholesale rates jumped another +8 bps or more today (Thursday).

Further updates: Both TSB and BNZ have now raised rates, essentially matching the first-mover, as has Kiwibank.

As we noted earlier on Thursday, ANZ has raised some fixed home loan rates.

And now ASB has also raised a set of fixed rates.

In fact, this is the second consecutive week that ASB has raised rates, although the last time they concentrated at the long end; this time at the short end.

Westpac and Kiwibank have also raised these types of rates in the past week or so.

That rates are on the rise is not really a surprise, even if part of the country is still in a hard lockdown. These rates may be about to go up a lot more, especially the one-year and two-year rates.

The Reserve Bank (RBNZ) is reviewing its Official Cash Rate (OCR) on October 6, and markets are pricing in a rise. Whether it will be +25 bps or +50 bps is uncertain. (Or anything.)

The reason wholesale rates are rising is that financial markets see employment levels high with wages rising. And prices are rising and likely to increase faster, meaning inflation is higher. Both are the key mandates the Minister of Finance has given the RBNZ: jobs and prices, and both are under pressure on the up side.

What is unusual about today's ASB rise is the quantum of it. ANZ is raising rates in small bites, but ASB is taking the bull by the horns and making quite large changes for terms where the wholesale rate pressure is strongest.

It raised its rates by +30 bps today. They will be hoping others follow soon because it now has the least competitive rate card of any bank.

It is certain other banks will follow - the background cost pressures are strong. But the question is 'when'? In the meantime, ASB looks like it is hanging itself out there. However, don't forget, rate cards are one thing. Banks will always compromise and negotiate, and while their rate card looks uncompetitive, they probably have given their frontline staff a freer hand to discount from the rate card to hold on to clients.

At this precise moment it is Kiwibank and BNZ that have the most competitive home loan rate cards. But that may change quickly.

Despite lockdowns, the spring real estate selling season is now underway in a somewhat confused environment this year. Competition for this expected rise in business for banks may just be by a smaller rate rise, rather than cuts. Although HSBC did bravely cut a key rate two weeks ago and giving them a rate card that is noticeably lower than the main banks.

I'm beginning to feel less and less queasy about fixing for 5 years back in May.

What rate did you get?

Sadly I'm with ASB, and they led the charge moving from 2.99% to 3.39% the night I decided to fix long. They refused to give me the lower rate, so after a few threats and promises I got them back down to 3.19%. I'll call it a tie.

i think you did well -- i took 2.99 on 4th March -- and was laughed at when i tried to negotiate it down --   i was basically told take it now as there is only one way its going! -- Have to say did not expect rises to be this quick and this hard -- was thinking i would need the full 5 years to be ahead -- but its a bit of a Taliban moment!

ASB is stunning and brave.

Is that more Sarc from you Brock its hard to be sure. People haggling for a fraction of a percent with their banks doesn't bode well for when rates start jumping full percentage points.

It's a South Park reference, because the linked article title said ASB was "brave".

I find people haggling over a few basis points a triviality when contrasted with house prices being manipulated upwards by 300k-400k over the last year.

It's like watching people fighting over ten cents on the ground after winning lotto.

I agree, but looking through the comic effect someone on the edge of a mortgage inferno, looking at taking on an inter-generational debt load to acquire that rotting ex-state 3 bedder will be very focused indeed on that .3%

It's only going to delay the inevitable when they come to refinance again in a couple of years.

The only way to win the game is not to play it.

I hope RBNZ decision makers analyse, why banks are raising the rates & follow these banks while making any decision.

Still not expecting any leadership move from RBNZ on 6 Oct also.

The banks are in control, the RBNZ is taking their lead..

Banks are raising rates because

1. the wholesale market has raised their rates  -making borrowing more expensive to banks who then pass it onto their borrowers

2. Deposits are declining and to meet their capital requirements from the RBNZ the banks need to raise term deposit rates in the short term or alternatively stop lending short term.

3. the RBNZ is going to raise rates on the 6th Oct - Level 4 or no level 4 - inflation is a major factor ( shipping container rates have gone up 500% from $2500 USD to $12 000 USD in less than 12 months) as is concerns the housing market is not slowing and could result in NZ's credit rating been downgraded - which will in turn lift those wholesale rates even further.

The banks are doing the heavy lifting at the moment for the RBNZ but the RBNZ knows it needs to go sooner or later. I expect if AKL is still locked down a .25% increase with another one in Nov - if they are in Level 2 then it will be a .5% increase.

If AKL is still locked down on 6th Oct, there will be a revolution.

So what exactly is the point of the RBNZ again?  Since banks can do what they want, when they want....  We are paying Orr for what exactly? lol

RBI is playing the Good Guy to the Banks Bad Guy act. It may not raise the rates, once again. Because Christmas is too near.

One does wonder whether, based upon the swap rates, we reached peak insanity around Nov/Dec 2020.

Good. And this is just the beginning. Maybe this is the opportunity to break the back of parasitical residential housing speculation, and start diverting financial resources towards the real economy.

I admire your optimism.

The real economy - SME's had their confidence shaken with quakes and Covid lock downs, I suspect decisions will already have been made but not yet implemented - Retirement, close down, liquidation, retrenchment and possibly implementation just as the perfect economic storm arrives. I predicted 2021 would arderns anus horriblis I now think that would be a good result.

I think you meant "annus horriblis"

One never knows, Clarke may have brought home some dodgy shellfish.

Hold the front page and lock these rates in now- they will look cheap by year end because rates are about to go through the roof. GDP has risen a massive 2.8% - if repeated for 4 qtrs this would deliver an annual GDP of 11.2%- this is the growth levels China had in 2005-2008 when it was ramping up as a developing economy.

There is an argument to be made that the lockdown may have been a good thing - just to take some heat out of the economy. No wonder the government doesnt want to hand out money to struggling businesses  - any more stimulus is only going to add fuel to the raging inferno.

Not sure annualising the rebound from the earlier lockdown will deliver 11% GDP growth but it will be strong.

The argument for lockdowns because they slow the economy is of course a little bit tongue-in-cheek because lockdowns are extremely damaging to businesses and all manner of social and health objectives.  Increasing interest rates is a far more effective way to dampen a heated economy and remove the speculative excesses.

With lockdown still in place in Auckland, application for new mortgages is low, therefore instead of increasing the number of new mortgages offered, banks prefer to increase their profits by raising mortgage rates for existing customers, remember most rates are up for renewal within 6 months.  Sure, existing customers could change banks but in reality few will and the banks know this.

With where wholesale rates are, this is inevitable, as indicated by the analysis DC did. I think Corelogic went on record saying the drop in demand hasnt been as high as during last year level 4, so presume there are still plenty of new applications. Auckland isn't the only market.

Great job!  These rate increases ensures that those who can't afford to buy a home (i.e. FHB), don't get to buy one. Way over leveraged!

Oh wait a sec... I thought we were trying to help FHB's buy?  Sorry I forgot what we were doing again...

Low rates harm FHB by driving up asset prices, much more than they help by (temporarily) lowering interest payments.

But you know that already.

"In some highly oligopolistic industries firms can co-ordinate their pricing and output decisions by doing little more than observing and anticipating the moves of their rivals. This ability arises because the decisions of oligopolistic firms are interdependent. Each firm recognises that the sale of its product depends on the prices that its rivals charge, and that its rivals will react to any change in price, or output, that it makes. Given this interdependence, firms recognise that their profits will be higher when coordinated policies are pursued than when each firm looks after its narrow self-interest."

If your Westpac row is empty, disable your ad blocker.