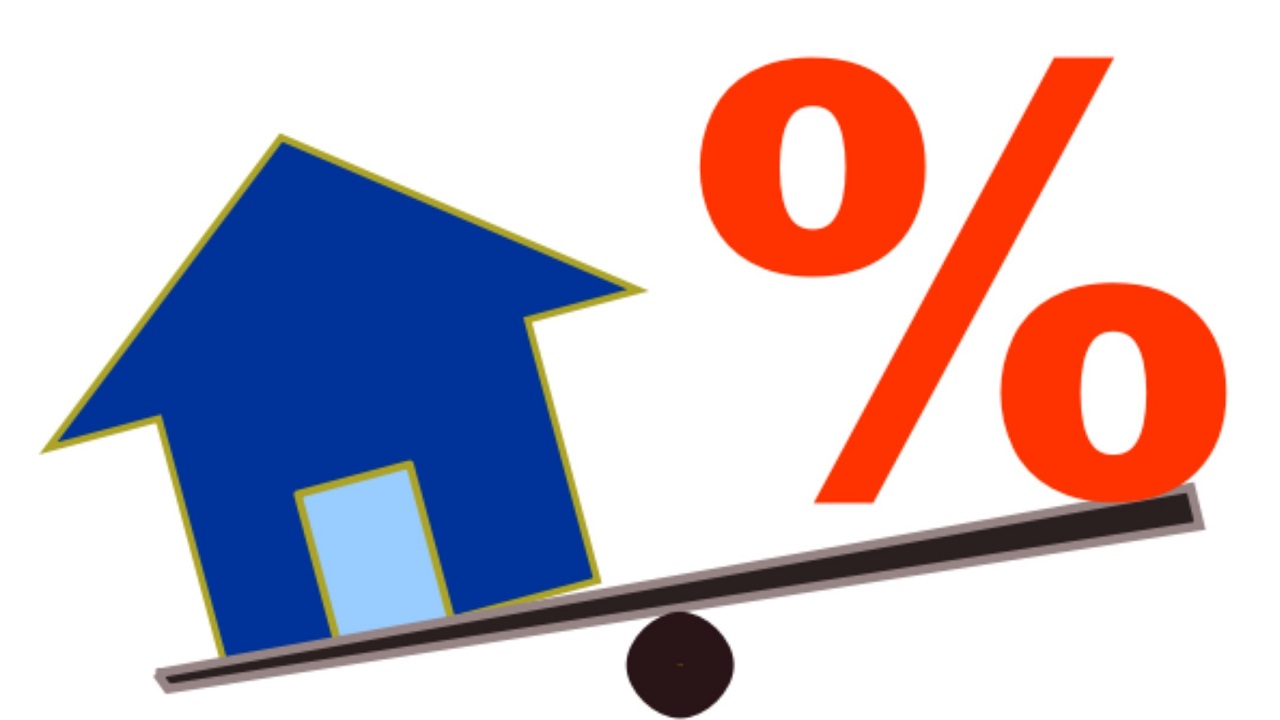 And they see this all feeding through to more "upside risk" to mortgage rates.

Kiwibank lifted its mortgage rates on Tuesday, coming into line with recent rises by the other major banks.

In their weekly First View publication the Kiwibank economists - chief economist Jarrod Kerr, senior economist Jeremey Couchman and economist Mary Jo Vergara, say there's currently an "imbalance" in the wholesale markets that will continue into the Reserve Bank's next Monetary Policy Statement to be issued on November 24.

Kerr noted then that this was "an enormous amount of fixing flow into a tightening cycle".

In this week's First View, the Kiwibank economists say it’s important to "note the illiquidity" in Kiwi wholesale rates markets at present.

"In May, we were pounding the table on the likely push higher in interest rates."

The economists said that at the time they had noted there was significant upside risk to Kiwi interest rates and the Kiwi dollar - and that they were wary of mortgage related fixing "in coming days, weeks, and months".

"As it turns out, interest rates have lifted above our out-of-consensus forecasts," they say.

"Even we’ve been surprised on the high side.

"And the mortgage related fixing - that is exacerbating the moves in markets - has come to fruition."

The economists say banks have found themselves trying to hedge mortgage flow, by paying the fixed rate in swaps, "in a market where there’s few and far between on the other side (receiving the fixed leg)".

"This imbalance will continue into the RBNZ’s November MPS. The imbalance points to more upside risk to mortgage rates."

The pressure on the wholesale interest rates ramped up again last week after the release of super hot inflation figures for the September quarter.

"...There’s more upside to Kiwi interest rates and currency, in our opinion."

The Kiwibank economists say the "shock of such a surge in inflation" has led them to revise their own OCR outlook.

"We still expect the cash rate to reach 1.5% by the middle of next year. The next move being a 25bp rate hike at November’s MPS.

"But more looks to be needed to ensure inflation is brought under control. A further two rate hikes are now likely, taking the cash rate to 2% by November next year. We had previously forecast the cash rate to hold at 1.5%.

"Such a change in forecast will add some upside pressure to Kiwi rates and currency. The RBNZ’s forecast changes will likely reinforce the uplift in wholesale markets, in what will become a self-fulfilling push higher.

"All lending rates, and savings rates, are more likely to push higher (again)."

"That 30-year loan you have, Sir/Madam or Small Child, let's make it over 50 years. Much easier for you to repay the principal over a longer time frame."

(At the risk of flogging a decomposing horse to mush - it's not about the cost of debt, but access to it)

Hence the NZD outperformance vs JPY I guess. Those crazy Kiwis like rabid dogs at the open bar of debt consumption. Place your bets. NZD up 18% relative to JPY in P12M.

Mass money printing [credit expansion] is a form of counterfeiting.

I agree - recent RBNZ policies have been a form of counterfeiting.

I re-fixed part of our mortgage at a higher rate last week, and to my surprise the bank kept the monthly payments the same. The term wasn't changed either so that could lead to a balloon payment situation at the end. I'm not complaining though because it means no change to monthly outgoings. If that's the default behaviour of banks then mortgage holders won't feel any stress at all in a rising interest rate environment.

You realise you end up paying more interest over the life of the loan this way.

which actually raises the question of why Kiwis are so naive when it comes to finances. So many people look at the "interest rate" and never consider the "cost of the interest" over the life of the loan.

You want to pay as much principal as possible (what you can afford) each payment to minimise your interest costs. Rent isn't the only way to throw money away- so is interest (especially now its no longer a tax deduction)

Of course I realise it means paying more interest over the life of the loan. But at under 3.5% that doesn't worry me at all.

You've likely been paying in excess of minimum payments up until this point, otherwise the payment would have increased to keep the loan within original term. All you're doing now is paying less principle. Fine if you are pinched for cashflow, but does cost more in the long run.

You've likely been paying in excess of minimum payments up until this point, otherwise the payment would have increased to keep the loan within original term. All you're doing now is paying less principle. Fine if you are pinched for cashflow, but does cost more in the long run.

It would be interesting to see what would happen if lenders were forced to apply that whole of loan cost disclaimer like they do with the payday/instant loans.

Two rough rules I used were

People can go prove this themselves using Mortgage calculator | interest.co.nz

When the real interest rate is negative (ie the interest rate on the mortgage is less than inflation) then having the loan last as long as possible while inflation eats its real value away is the ideal situation.

Hence why governments set a minimum inflation rate. Also the capital gain over this time is more than likely to be greater than the interest costs.

And swap market are still far from reflecting the likely scenario of an OCR peaking closer to 3% than to 2%.

The bill for this reckless, shortsighted ultra-loose monetary policy is overdue and now coming:

- an housing Ponzi completely out of control and out of kilter with any sound economic fundamentals, therefore in a very fragile state

- massive increase of debt, some of which of dubious serviceability, with associated risks in the financial system

Debtors are rushing to fix, but very few and far between in the money markets are willing to sit on the other side, as they know perfectly well that current interest rate raises are just the beginning.

Good perspective Fortunr. Not necessarily what the sheeple expect or what will eventuate, but good all the same.

Do you REALLY think the RBNZ / Govt would crash the housing market?

Because that's what an OCR over 2% would do.

Not going to happen.

Illiquidity in the "wholesale market" or in laymans terms a "credit crunch.

Interest rates rising are not the only reason a housing market corrects - the most common reason (and the reason for the collapse in US markets in 2008 is a lack of liquidity.

If people cant borrow/ or are limited in what they can borrow it creates a market where only those with hard cash (none of this "equity in your current house stuff)  can buy - there are only a very small pool of buyers who have cash. All of a sudden supply outstrips demand and you don't have to build a single house to create it.

...not forgetting that little issue that does not to concern anyone at present - unemployment (currently being buried through covid payments).

Do the RBNZ have a magic trick to ease such a credit crunch now? It seems like the the last 20 years have been about trying clever new ways to keep the global debt addiction going.

yes its called Quantative Easing ie printing more money and lending it to banks at low interest rates (which has whats been occurring). Given there is a school of thought that this is what is underlying the inflation issue and has caused a global inbalance in wealth distribution -I suspect they wont resume that and instead allow the credit crunch to play out,

A credit crunch - could effectively do the RBNZ's job for them and minimise the OCR increases they need to take to slow down inflation.

What the RBNZ will look for is that the illiquidity doesnt make it hard for businesses to borrow - potentially causing an unemployment issue. The liquidity issue currently sits in the mortgage market - so as long as it stays there - the BNZ is likely to remain on the sidelines on this issue

Ignorance... When people are going to learn and stop falling into the traps set buy Govt, Banks, Insurance companies and Corporates :(

"But more looks to be needed to ensure inflation is brought under control. A further two rate hikes are now likely, taking the cash rate to 2% by November next year..."

I'd expect back-to-back increases until inflation is within the target band. The self-imposed constraint of only using 25bps increases means RBNZ have lost some power to shock the markets.

I think all that talk about rising interest rates had been overdone. The underlying assumptions on the upside risks are that the economy will continue to roar.

Depending on the time frame you use, both the upside and downside risks are greater than their counter part. One thing amongst this is certain; the general public doesn't hold a 1 to 5 year mortgages- short term volatility are inconsequential to long term mortgages.

To quote Alan partridge.... that was just noise!

The days of 21% mortgage rates and 18% for a bank deposit , those were the days

I just look at the interest rates as not being an issue at all.  You get a mortgage in dollars.  The lower the debt the less exposure you have to interest rate changes.

Nothing has changed really, your aim is to clear the debt as fast as possible, regardless of how low the rates are as you simply have no idea what the rates will be in 5 years time. Stuff having a 30 year mortgage, the target for mine was always 15 years from the get go.

Steven Van Metre just interviewed a real veteran economist (alright, boo!) who started out at the Fed in 69 and moved on - Dr. Lacy Hunt.

He makes a good case for us not being back in the 70s, mostly because debt levels are far higher now so the velocity of money has significantly dropped, crappier demographics (older, lower births) and burgeoning cost of government.  He sees interest rate rises stalling, falling standards of living (not the the rich, of course) and low growth now that the return on stimulus has diminished and gone negative.

I'm a debt free renter, but if I had a sizable mortgage I would really not know which way to bet on rates looking out a couple of years.  Are you feeling lucky?