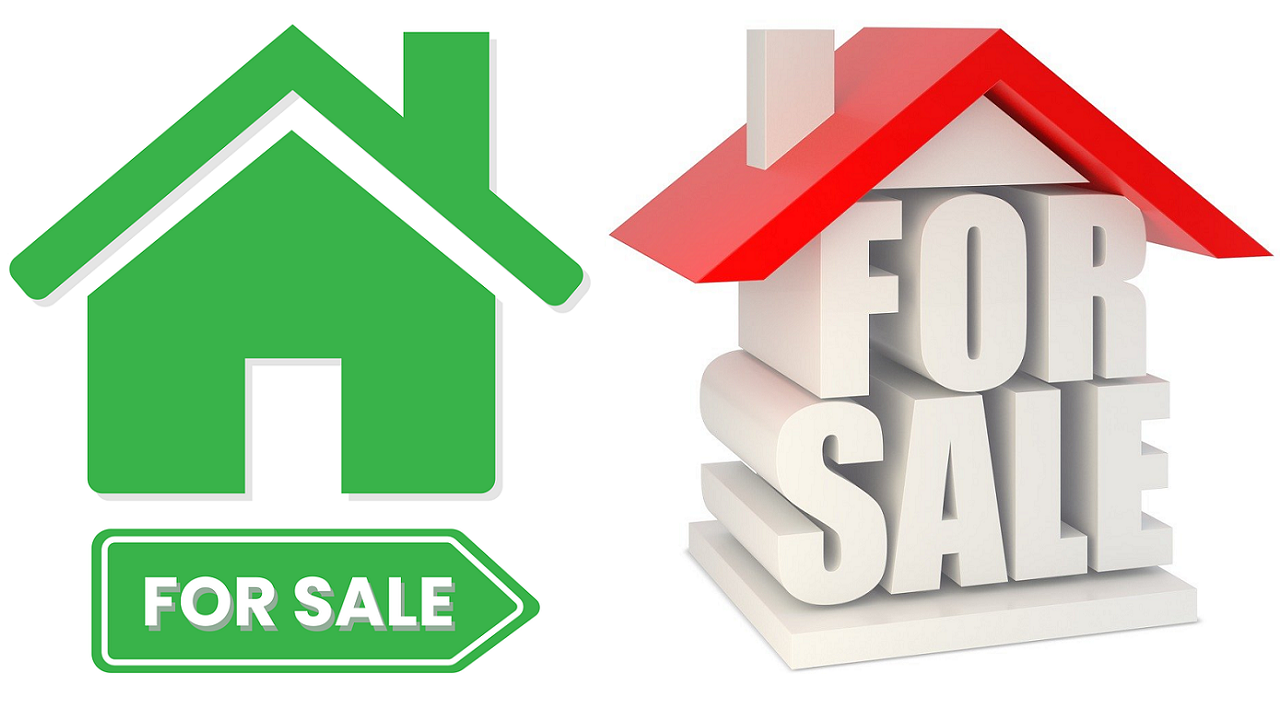 ASB economists have added their voices to the growing number of those now expecting house prices to fall next year.

They join the Reserve Bank, Westpac economists and BNZ economists in picking declining prices - though nobody's predicting substantial falls at this point.

Equally though, nobody was picking house price falls at all earlier in the year. Economists at the country's largest bank, ANZ, still see house price inflation staying (just) in the positives and expect a "soft landing" for the housing market.

"Once an asset price cycle gets going it can be hard to stop. This has certainly been true of NZ’s housing market over the past two years," he says.

"But the key drivers we look at are now, finally, falling into line to suggest 2022 could be quite a different year."

He's forecasting a "cumulative forecast fall, of around 4%", but says that should be interpreted "more as a hat-tip to the risk profile than a precise point forecast".

"Yes, they’re still at historically low levels. But we find the speed of interest rate movements can be just as important for short-term house price dynamics.

"And on this score, it’s worth highlighting that the lift in mortgage rates we’ve seen over the past 3-6 months has been the most rapid in 16 years."

He says that, as usual, the macro impact of the ‘sticker shock’ from borrowers rolling onto higher mortgage rates will be dulled by the fact that borrowers don’t all re-fix their rates at once.

"But, relative to past tightening cycles, the transmission of higher mortgage rates will be quite quick this time around. There’s a heap of refixing to come over the next 12 months."

RBNZ data shows that there’s now about 40% more mortgage debt on longer terms (2+ years) than in June, but the overall quantum of such is still very small he says, noting that the average duration of all mortgage rate debt (including floating debt) is still only around 11 months, and 60% of all fixed-rate mortgage debt (71% including floating debt) is due to reset onto new rates over the coming year.

"Our rough rule of thumb suggests that mortgage rate changes feed through to house prices with about a six month lag, but the above suggests it could occur more rapidly this time around. Whatever the exact timing, the sharp adjustment we’ve seen in mortgage rates looks set to be a significant drag on house prices next year. This is the driving force behind our lower 2022 house price forecasts."

Jones also notes that some banks are moving to impose debt-to-income limits ahead of any formal RBNZ moves to do so.

"This self-imposed credit rationing makes sense to the extent house price affordability metrics are highly stretched and a modest correction next year can’t be ruled out. All of this fits with banks’ more general expectation that the availability of credit to the property sector will be reduced over the coming six months, as was signalled in the RBNZ’s credit conditions survey  This promises to restrict some of the oxygen flow to the housing market." 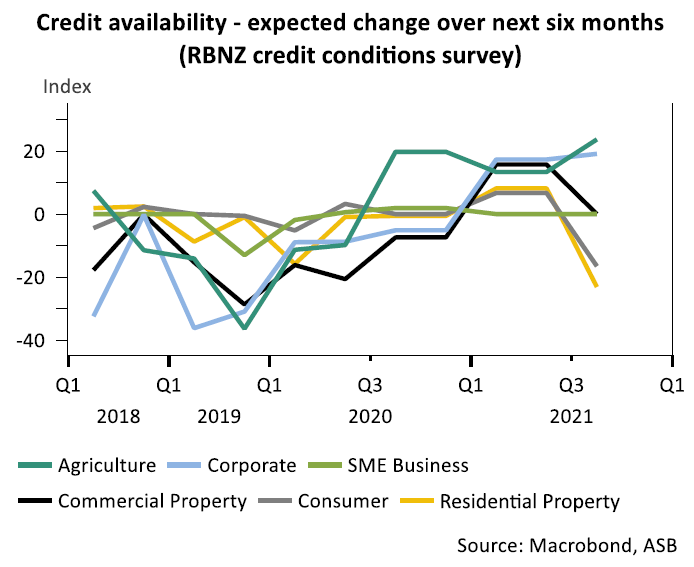 The "long-held view" of the ASB economists has been that, despite booming residential construction, the housing market would remain short of stock well into 2022.

"So far this has played out. Unsold inventory remains around the lowest levels on record. And short-term indicators of market balance, like the sales/listings ratio have eased only a little to date, implying ongoing excess demand.

"Still, recent developments with respect to correcting the housing shortage have been encouraging. Big strides have been made in the Covid-era towards unwinding 10 years’ worth of NZ’s under-build. This is particularly so in Auckland, as covered in our recent note.

"We reckon NZ’s housing shortage has been reduced by around a third over the past year. And, if recent trends continue, we could see the market back in a rough state of balance late next year. This gradual abatement of market tightness will help reduce the upward pressure on house prices over coming months." 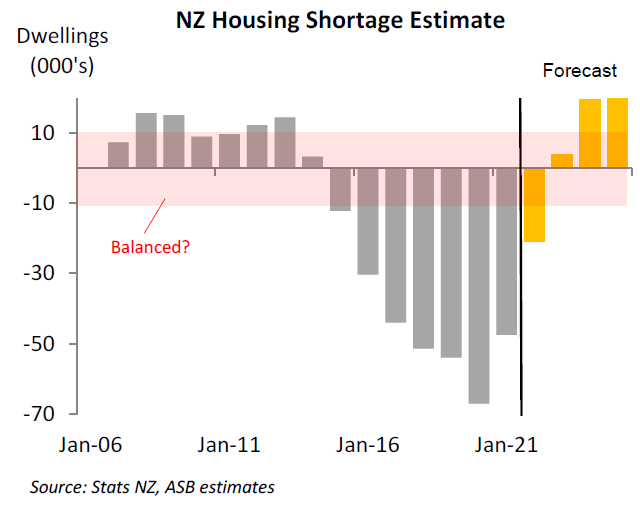 Here's hoping that they're right for once.

Higher interest rates, more supply/less immigration and tighter credit are indeed strong headwinds which will end the rise in prices.

What's more likely to determine whether prices remain flat/dip a little or drop sharply is human behaviour (psychology of the masses). If FOMO turns into FOPC (fear of prices crashing) heavier price drops will become self fulfilling

Agents and vendors though, are defiantly still trying to push the envelope as far as they can while they still can. Not to mention that headlines like this, as you allude to, only draw even more buyers out of the woodwork, all be it short term.

Agree, although I think the first things you mention will all but guarantee *at least* minor price drops.

Whether they become at least moderate (10% plus) will be influenced by those behavioural things plus the health of the economy.

Those same conditions will restrict supply as well.

Made me think of the Bowie song with the Banks and Orr singing it. Orr would look quite funny with a Bowie wig, shame the results of unaffordable housing is less funny.

"And I've been putting out fire
With gasoline"

What regulatory change are they trying to deflate? "See, no need to implement DTIs it's going to go down"

I don't rate any of these economists so pay little heed to their thoughts.

Although they have some real flaws, I give some respect to some of the perspectives of Dickens, Eaqub, Alexander and Topliss.

If you're listening to Euqab, you'd still be renting. In 2012 he was telling everyone it was better to rent than buy.

Yes that was rubbish advice, and some other things he has said have been questionable. Still I find he makes some good observations too.

How much good comes from a house price rise of 30-40% compared to how much damage is done from a fall of the same magnitude?

Mr Orr should have thought about this before he had took his insanity pills.

But having swallowed the pill and showing the required side effect is a necessity for gaining a role at the institution. When the side effect wears out, then you must leave.

They are only getting big salaries for floating false propaganda.

But were mortgage rates going up then, it may have been wishful thinking, but now rates are going up, as they said, when rates go up there is a 6 month lag. We will see.

You sound very nervous. Over-exposed to the housing Ponzi maybe ?

Yeah I would pay no attention to anything these guys say.

House prices in NZ are utterly ridiculous & and the banks know it. Hopefully a settlement (rather than a correction) period is long overdue. At No: 3 on my Christmas wish list is for it to last for a couple years at least.

Yes a settlement for the next 30 years as wages try to catch up but which are getting chewed up by the inflation of consumption items measured in the CPI.

The big sting in the tail comes when Banks are forced to mark to market their tier one (housing) loans, order ear plugs to dampen the collective squeals as price dive.

Can't help but wonder whether is it the market participants or the bank economists are more speculative.

Only when banks became brazen enough to think they are the only buyers of mortgages that they also think they have full control of the market.

Suspend dividends payout and share buy backs and put a constrict on profit transfer back to Aussie and see them change their tune immediately.

Even if their forecast does play out, it also means from now to then, there's still room for an upward valuation in house prices.

How much is anyone's guess; but one thing is certain, if you ain't in the market, you don't benefit from the market.

I'll believe it when I see it. Have seen so many predictions and forecasts of house price easing 'just being around the corner' only for such a scenario to not even materialize and instead see house prices shooting the other way.

Well, they usually come up with something new to pump the market... Reduce rates. Extend 25 to 30 year mortgage terms. Print more money.

What's next? 35-40 year mortgage terms to help keep prices up?

Well, the market is starting to slow down around here in Whanganui & Marton. Property listings have gone up by nearly 50% so there are more properties to choose from. Prices have certainly gone crazy but I would expect prices may now level off with better supply. If you are looking to buy a house in Wanganui I would highly recommend Whanganui Mansions www.whanganuimansions.co.nz which is a free online real estate magazine and real estate search facility featuring houses for sale in Wanganui, Waverley, Marton & Bulls, New Zealand. You can find all the local real estate agents & private listings in all price ranges. And if you are a real estate agent or a private seller, your listings are all free.