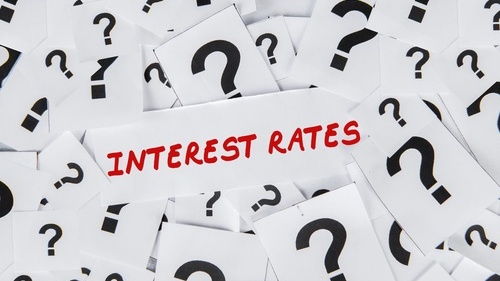 The economists are still convinced the Reserve Bank needs to get hiking interest rates - but business leaders are getting rather cooler on the idea.

That's one conclusion to be drawn from the NZIER's latest 'Shadow Board' release ahead of Wednesday's Official Cash Rate decision from the Reserve Bank (RBNZ).

The NZIER has an unofficial panel - a 'shadow board' comprised of economists, academics and business leaders - that offer views on what the RBNZ should be doing ahead of its decisions.

And while the view of the 'board' ahead of the RBNZ's last OCR decision in August was unanimously that interest rates needed to rise, the outbreak of Covid Delta came a day before that decision, forcing the RBNZ to back down and hold the OCR unchanged at the emergency setting of 0.25% it has now been on since March 2020.

The long lockdown that Auckland has been enduring since then has changed some views.

The NZIER said its 'shadow board' members in the business community highlighted the negative impact of the latest lockdown on businesses, with small to medium businesses hit particularly hard.

"This led to some Shadow Board members calling for monetary policy to be left unchanged at the upcoming meeting."

In contrast, other board members continued to see tightening of monetary policy as appropriate given the "intense inflation pressures" in the New Zealand economy.

"These inflation pressures reflect both strong demand and acute supply pressures. Besides the increase in broader inflation pressures, some Shadow Board members also highlighted the surge in asset prices that have resulted from monetary policy being too loose."

Among those looking for no change was Jo Tozer*, head of customer services at MYOB.

"New Zealand’s SME sector has borne the brunt of the latest Covid-19 Delta lockdown and ongoing restrictions. For many, revenue has fallen sharply, projects or sales have been delayed and work for this quarter will have been significantly disrupted," she said.

"In this immediate term given the current environment, increases to interest rates by the RBNZ would only put further pressure on local businesses who are already struggling."

"The latest lockdown has required the Government to provide additional support in terms of wage subsidies etc. How long can this yoyo-ing in and out of lockdowns go on?

"While recent labour market figures and inflation rate were clear signs that we needed a tightening in monetary policy, including an increase in the OCR, Delta complicated things, so there should be no change to the current settings for the moment. It’s all about the vaccine rollout now," he said.

However, Kirk Hope, chief executive of Business NZ thought despite significant uncertainty over the current  Covid cases and potentially ongoing impact on output which make decision-making risky, the Reserve Bank "has little choice but to move on interest rate rises now given the continued significant rise in inflationary expectations".

"...The risk of not moving now on interest rate rises now is that the Reserve Bank may have to go much harder next year."

Stephen Toplis, head of research at BNZ said "there is no excuse" not to raise interest rates in New Zealand.

Arthur Grimes of Motu and Victoria University said the Reserve Bank "is way behind the curve" when it comes to inflation.

"They have caused a hugely destructive rise in house prices and must now start to make amends by raising rates. A sell-down of some of their massive bondholdings is also warranted. This tightening applies even more firmly in the coming year."

Viv Hall, also of Victoria University says inflation pressures continue to become more persistent and there remains the risk of even further asset price inflation, "and the contribution of monetary conditions towards supporting maximum sustainable employment has been more than sufficient".

"Progressive OCR increases are now required, starting with an immediate increase of 25 bps."

Jarrod Kerr, Kiwibank chief economist said this "will be another awkward decision", for the RBNZ, given Auckland is likely to still be in lockdown level 3.

"A ‘considered’ hike of 25bp to 0.5% is most justified. But the explanation needs to respect the pains that the largest city is going through. As our strategy evolves from elimination with vaccinations to vaccinated and living with it, the economy has shown enough momentum to justify pulling back on emergency levels of stimulus."

"...Covid restrictions will remain a risk over the coming months, as our vaccination rate is still a long way from providing effective levels of protection."

*This was corrected from earlier versions of this article. Apologies.

Let's be frank, no one really knows what do to and if their choices are correct because it's all based on a different world than we live in today with COVID.

I suspect Mr Orr will hold rates again unless the PM suddenly has a plan to reopen NZ by December.

RBNZ have waited and shown patience ("looking through") but the inflation risks are mounting. They've already signalled that they will only nudge a little at a time so if they get to a point where inflation does come back within guidance they can just pause to wait it out.

Time has already proved the inflation is not transitory. All the data has already showed inflation is here to stay. It's either now or bigger hike next year. More lockdowns won't give us deflation, but stagflation.

How about interviewing someone who gets the big picture?

This is a selection of well-trained Titanic stewards. Very good at what they did......

Gas prices are going up 10-20% - thanks to the Govts sun setting of the industry.

To be fair, that's kind of the point. Wait until Govt stops putting the brakes on the price of Carbon!

I think we'd all like to see house prices flatten or fall off, but I'd take the status quo over mortgage stress causing people to break lockdown rules or cause a mental breakdown if they are unable to work. I say they hold tight.

All those highly educated and expert people sitting around talking about whether to dial the OCR up or down - let's remember that increasing the OCR will...

If we want to reduce house prices, then do something more targeted!

The sooner we see a DTI, the better.

As far as automation goes...

I work in the Manufacturing sector and I've seen it progressively get worse over the years. It was refreshing to see the uptick of new work come into the Industry recently (also exisiting work coming back from China), due to the slow down in shipping etc. The accountants must be prevented from sending all this work back overseas once shipping routes have been smoothed out. This will allow companies in NZ to invest in automation and robotics to become more competitive globally. People have tunnel vision for property in NZ. We could be producing so much more!

Spot on. We have got to start de-globalising. The countries that get it right on resilient supply chains, reduced reliance on overseas goods, and (clean) energy self-sufficiency will be the most successful countries of the 21st century.

What a load of crap.  Banks earn money by creating new debt, and then earning arbitrage off the net margin.  Lower rates allowed them to create more debt, increasing their profits significantly.

If you look at graph of house price increases against a graph on interest rates you will see an very high correlation since 1990.  The last 30% increase was a direct result of very low interest rates combined with removing LVR's.

The RBNZ monetary policy mandate is to manage CPI and maintain full employment.  Employment numbers are good and CPI is above mandate.  So the RBNZ should get on an do their job.  If this means some house price depreciation then so be it.  We shouldn't be to concerned about impacting some of the highest house prices in the world.

Their mandate, including financial stability, does not comply with their borrow and spend, wealth illusion ideology.

Low interest rates don't create prosperity. If it was that easy, they'd be permanently zero.

When your box of KFC has gotten more expensive, just increase the cost of production further. As the fried chicken gotten even more expensive, there will be less people buying it and hence less demand- prices then stabalises and stick.

Inflation is already here and the Reserve Bank needs to be ahead of the curve.

Also, for those businesses struggling due to COVID, this is mainly due to a lack of sales during   close down. Interest rates have very little to do with it and an increase will make very little difference to them.

I also believe that older savers, who have term deposits and do not want to go further up the risk curve, have done their share of heavy lifting. They are getting virtually nothing and are effectively subsidizing young people borrowing to the maximum to get into a house where the paper profits accumulate weekly.

These artificially set low interest rates have caused huge distortions and the sooner we get back to a situation where the markets set the price of money the better.

While the Reserve Bank may have had one eye on the exchange rate, they have certainly backed them selves into a corner.

If you do the math you actually still way better off with the $500K at 6% if your repayments include paying off the principal. In fact if you throw the numbers into a mortgage calculator the TOTAL repaid is about the same even if the rate goes to 12% on the $500K.

And if they had let it all go in March 2020...no raiding my kids piggy banks to keep interest rates low, the banks could have all been nationalized and we could now be building something sustainable that works for everyone...